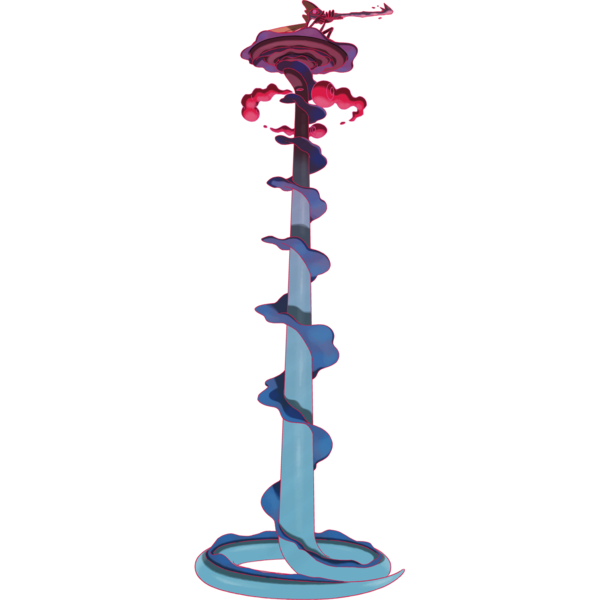 Hm. So this isn't an "accessory" gigantamaxing, actually, but it's close enough, as most of the growth goes into the length of the Pokemon's tail alone, with the lizard using its tail as a "tower" from which to aim its new "sniper rifle" gimmick. It's interesting I guess, in concept, but the final design feels weird. It feels like too much of a "reach" as a design principle and too awkward looking in execution. I'm also still not sure if I see the logic behind our starters being a musician, a sportman, and...a military assassin?

In any case, this is one of those Pokemon suffering from how obtuse it is once removed from its original context. Even a Pokemon's alternate forms should, in my opinion, stand on their own to some degree, and this kind of doesn't immediately look like anything easily readable. The first thing someone sees here is like...a weird guy on top of a flagpole, kinda.