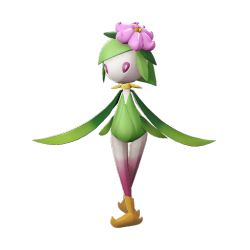 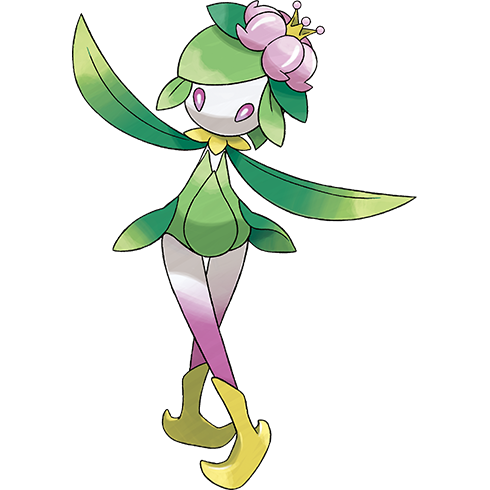 I'm unfortunately still not a fan of Lilligant in general; it's not bad, but it's such a straightforward humanoid flower Pokemon that I find it one of the most forgettable of all grass types. I have mixed feelings, then, about its Hisuian counterpart: it arguably loses some of what did made Lilligant interesting, since I'm pretty sure Lilligant had more than two legs under its giant petal or leaf "dress," but in Hisui it gets streamlined down to a barer humanoid with only two long legs. On the other hand, those legs end in interesting stamen-like shoes that make it look kind of like a ballerina in skates, and the reasoning is that it had to develop longer, stronger legs to maneuver through snow and ice. This also makes it into a grass/fighting type, so it can kick you to death I guess. It's basically a flower woman occupying the evolutionary niche of a mountain goat, so for allowing me to write that sentence at all, it gets a little boost to its rating.

I'm also grateful that this wasn't a repeat of Gardevoir, making a "male only" counterpart that only differs by losing the dress or skirt.