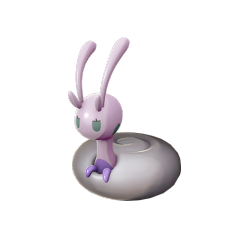 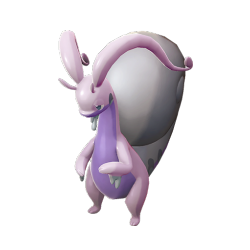 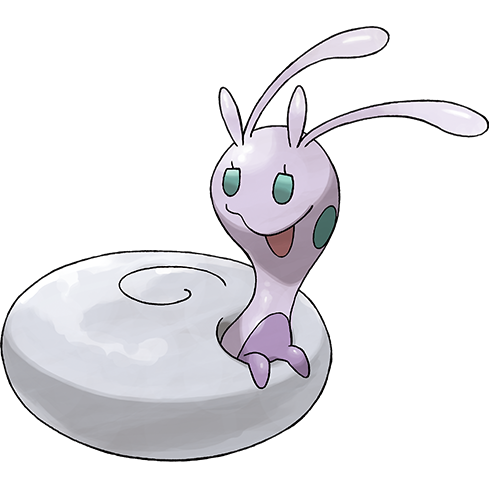 Aww, man, Sliggoo is one of my favorite Pokemon designs ever, and it's just as adorable popping out of its new metallic snail shell. The only other difference, however, is that it has a sadder, more tired look in its eyes, apparently "given to melancholy" according to the professor. It evolved its shell, and an additional steel typing, due to trace amounts of iron in Hisui's water.

But if you've read my original review of the Goomy line, you already know my disappointment. 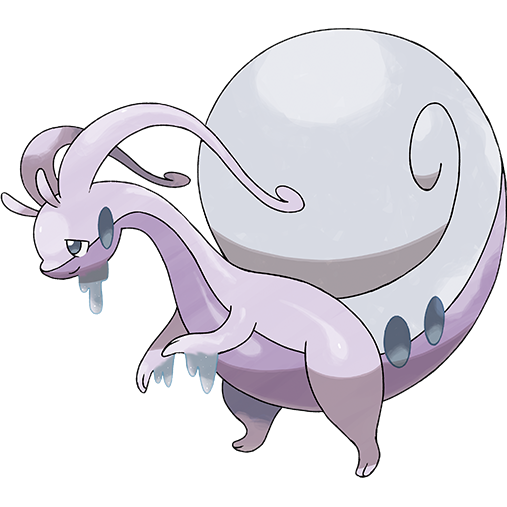 It's been nine years since my original review of Goodra, and I never did warm up to its anime baby face, which unfortunately hasn't changed much here; all they've done is give it half-lidded eyes, like the Sliggoo, and turned its tail into a humongous, bulbous shell that weighs it down. It can retract into that for some animations, which I like, and I still really WANT to like a giant, friendly slug dragon in concept, but the change from Goomy and Sliggoo still breaks my heart, sorry. Its original Pokedex established how affectionate it is, but the Hisuian version apparently takes it to a more dependant extreme, becoming "clingy" and possessive of its trainer. Yeesh, learn some healthier boundaries, Goodra.

I know we can't necessarily expect too much from regional forms, but I'd have appreciated ANY change to Goodra's eerily toddler-like head. Even covering the eyes up like Growlithe would have gone a long way, like with excess slime, or even putting another little shell on the head like a helmet! Better still, though, would have been if Hisuian Sliggoo evolved into an entirely new species. Something more like a winged nudibranch, or something.

If not for that human face, maybe Goodra wouldn't have had SO many fan artists who draw it like an anime dreamgirl with a giant ass, and that's a situation not at all helped by the Hisuian design, either. Now I just feel so bad for it I'm going to give it a real review score, but I still have to give it an underwhelming one.