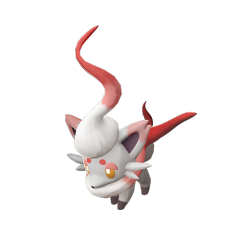 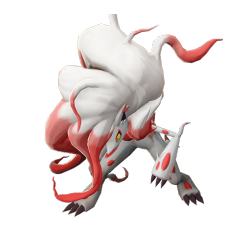 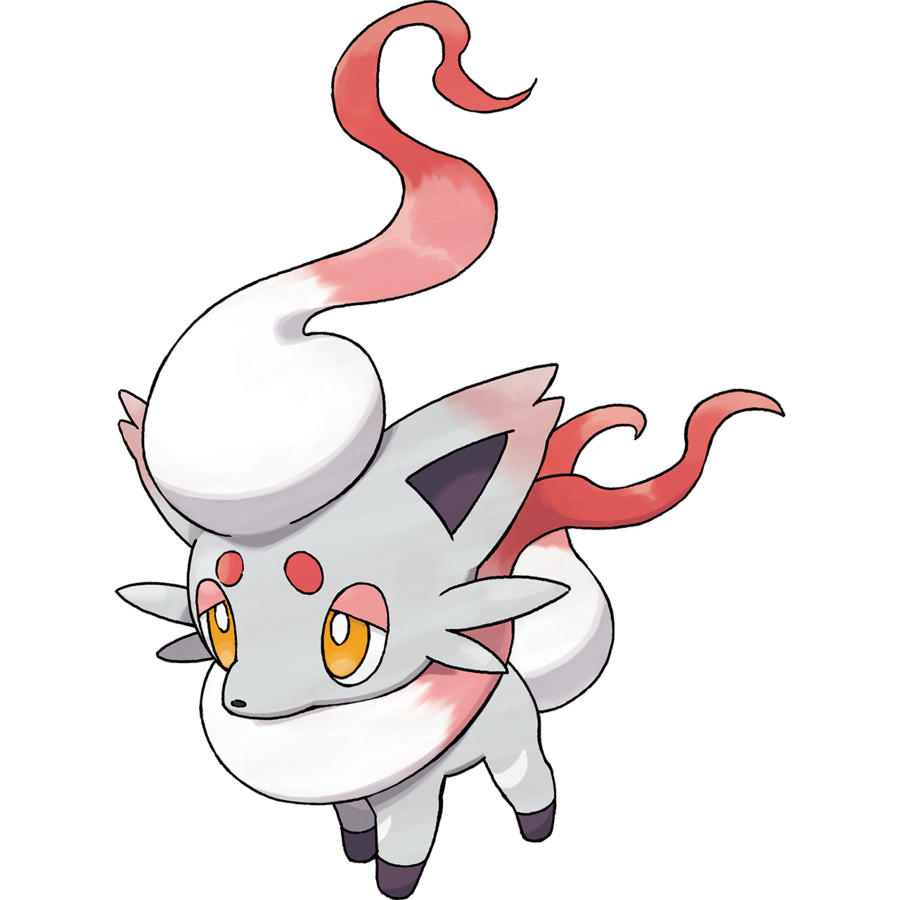 I gave the original Zorua and Zoroark a pretty solid review, because while foxes are a bit overdone as Pokemon I found it easy to appreciate the pleasant, organic flow of their reasonably uncluttered designs. That still stands, but Hisuian Zorua is already more intriguing: it's entitely white with dull, pinkish highlights, it has a sadder expression, its fur extends into wispier tassles and it has completely dropped dark typing in favor of a novel normal/ghost combination. It's a typing that says "dead animal" more than any other ghost type, and that is in fact precisely what they were going for.

When Zorua migrated to the Hisui region, it's said that they were feared and shunned by humans, and were unable to survive the extreme winter. All of them died, but were reincarnated as ghost types entirely "through the power of their malice." Now, they haunt the cold forests and mountains where they mimic the appearance of their victims and feed upon their terror. Nice! If there's one thing we can always rely on from new Pokemon, it's that ghost types just keep getting grimmer. 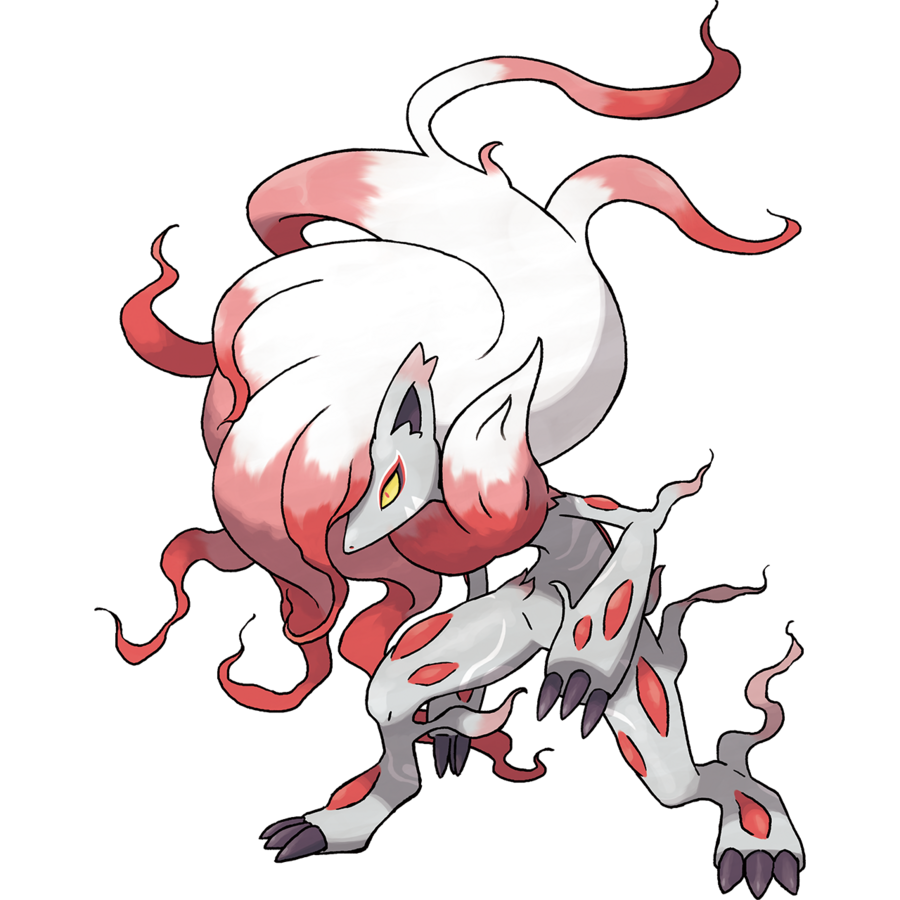 ...And when Hisuisan Zorua evolves into Hisuian Zoroark, we actually have ourselves one of the new darkest, grimmest ghost types yet! The design, first of all, is absolutely killer; the enlarged mane is writhing in all directions, it has a ghoulishly hunched stance with, it has pin-prick red pupils in its yellow eyes, there are pale rib-like markings down its sides and there are what appear to be swollen, fleshy red welts decorating its arms and legs. Everything about this design evokes something frostbitten, sickly and starved, and they don't shy away from acknowledging it. Its pokedex entry says that it attacks with a "bitter energy so intense, it lacerates Zoroark's own body," while another official description says that its illusions can drive victims mad with terror.

Almost every new batch of Pokemon pushes the envelope of how dark and threatening a Pokemon is allowed to get away with. This wounded and hate-fueled beast feels like it's about as far as they can reasonably go, but who knows, maybe someday I'll have to review a Pokemon whose special attack is just bleeding to death.