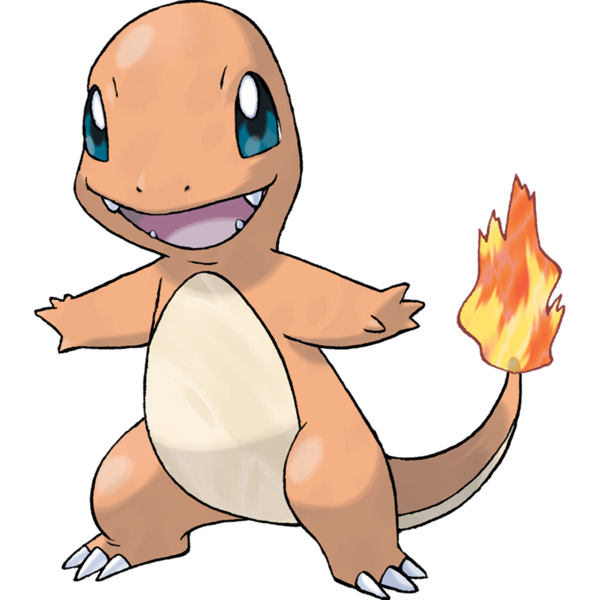 I was gonna resize a lot of these images to feel a little more to scale, like I did with the bulbas, but then I thought about how much total time out of my life that would take by pokemon 700 or so, and decided I'd instead force you to deal with Charmanders 600 pixels across. Deal with it. Charmander is going to look bigger than Charizard and you're just gonna DEAL.

A simple, flaming lizard isn't my forte, but I can objectively say that Charmander is an excellent pokemon, and would have been an excellent series mascot if Pikachu weren't around. It's simple and adorable.

The fact that Charmander canonically dies if it's little tail-flame goes out, though, feels like something the series has never properly addressed. They talked about it briefly in the anime, when Ash rescued a Charmander trapped in the rain, but nobody has ever batted an eye about it since, even hurling their Charmanders into arenas with water-spewing fish monsters. Brutal. 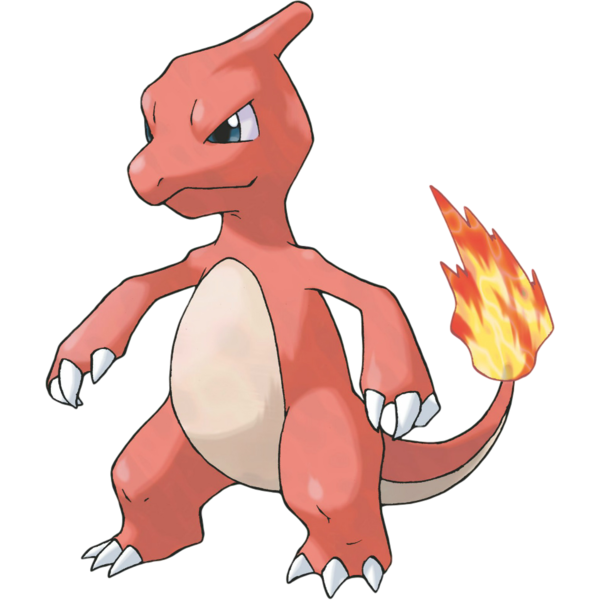 Middle evolutions like Charmeleon are always so overlooked. Caught in a purgatory between cute, marketable baby and fearsome monstrosity, they tend to enjoy smaller, more niche followings. Charmeleon is pretty much just angry, teenaged Charmander with a weird bone on its head, but a lot of people can probably really relate to that, you know?

Out of the entire line, Charmeleon also boasts the best play on words. It's a shame such an excellent portmanteau couldn't have gone to a monster actually based on a chameleon that breathes fire, though. 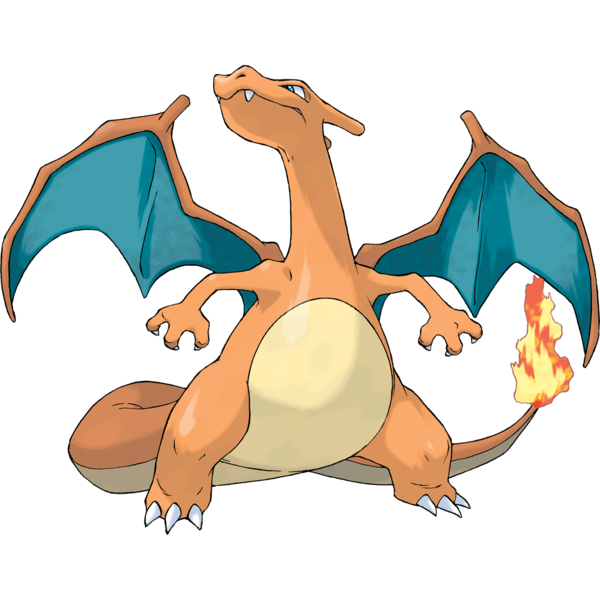 Eventually, Charmeleon evolves into Charizard, the most awkwardly named of the three but pretty much the sacred cow of almost every other child who fell into pokemania back in the 90's. There's not much to its design other than a raw, formulaic cartoon dragon, but that's more than appropriate enough for basically the poster child of the fire type. We were all just kind of pissed off that the most fundamental looking dragon in the series didn't actually get the dragon typing. 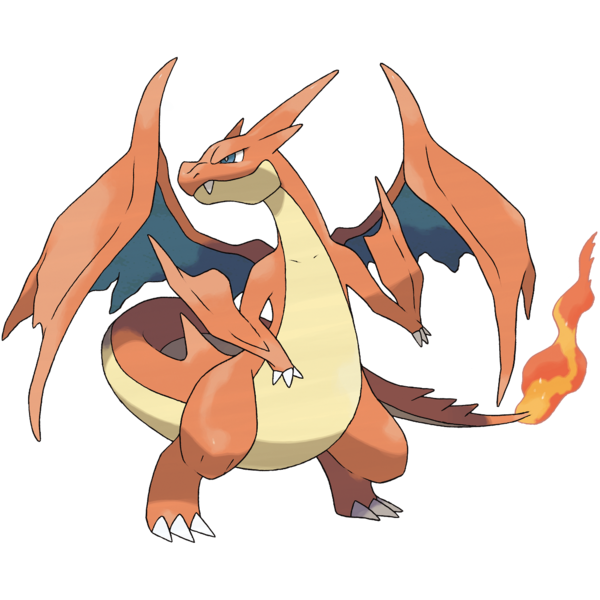 Mega evolutions to the rescue, then! Almost, but not quite two decades after Charizard warmed the hearts of a generation, it would earn two possible mega evolutions - one of which is bona-fide dragon type. Fire/flying Mega Charizard "Y" here isn't so lucky, but pretty much preserves everything appealing about regular Charizard. It's just a little sleeker, scalier, basically a solid 20% dragonier, including an extra pair of vestigial wings on its arms. I have to say it's facial structure is also a little less dopey, though the subtle dopiness of Charizard was kind of appealing in itself. It's Mega Charizard X that really steals the show, here. A fire/dragon type with blue flames perpetually pouring from its mouth, black instead of orange skin and devilish shoulder horns, it has more of an "evil" dragon vibe to it, like Maleficent's transformation in Sleeping Beauty, and pretty much as cool as an otherwise by-the-numbers anime dragon is going to get.

I guess it's also pretty interesting that Mega-X doesn't flap its wings like its two siblings, but just sort of soars like a vulture. Spooky!

Like the Bulba line, the fire lizards get a solid "okay, cool!" from me personally, fulfilling an important in-game and aesthetic niche even if they don't do anything radical with it. Due to their importance and rightful popularity, however, I'll give them one extra half-pokeball, for you guys.