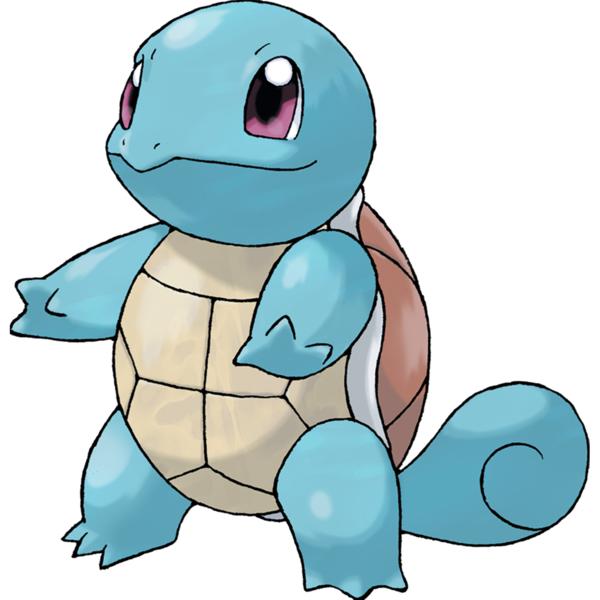 Squirtle was our third and final option for a "starter" pokemon in good old Red/Blue/Green, and while it's a stiff competition, I'm gonna say it was also the cutest of the three. The nubby pudginess of a turtle coupled with its round, flat face is an automatic recipe for adorability, and even the name, Squirtle, screams cuteness, even if it's also ripe for any number of obscene jokes. 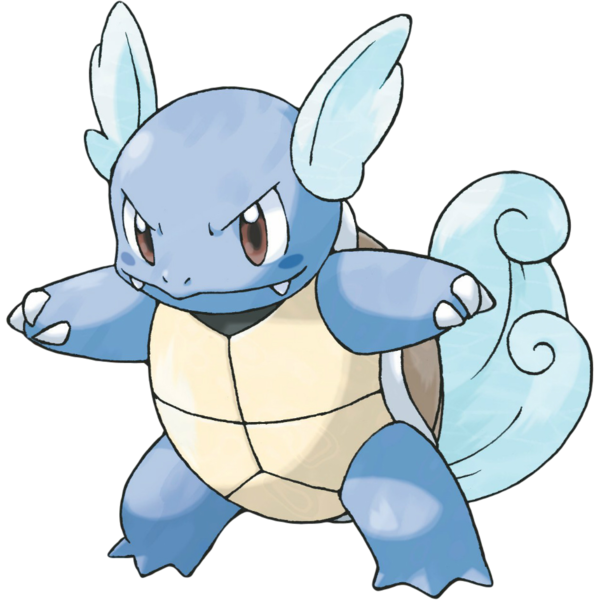 Squirtle's evolved form, Wartortle, is another middle child with only a few devotees, but more thought went into it than you may have initially guessed. The pokedex keeps talking about how its big, furry tail is a "symbol of longevity," and this actually has a sort of folkloric basis: 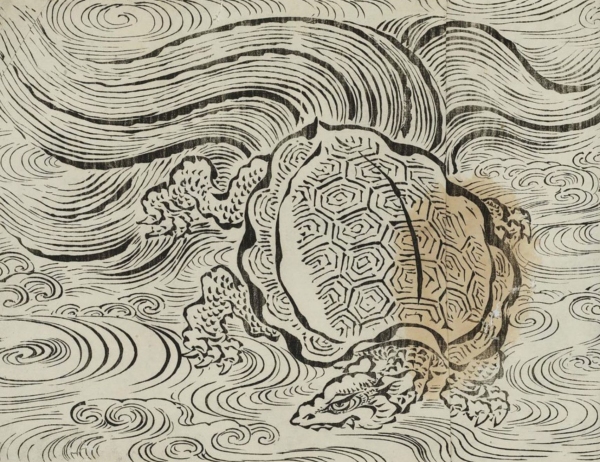 Minogame are turtles said to acquire flowing, hairy tails of seaweed as they reach hundreds or even thousands of years in age, and multiple depictions of them even have those dog-like ears sported by Wartortle. In reality, of course, a "tail" like this just forms on some turtles from algae buildup, though Wartortle's pokedex makes mention of that, too; that the eldest Wartortle have algae on their shells. Neat! 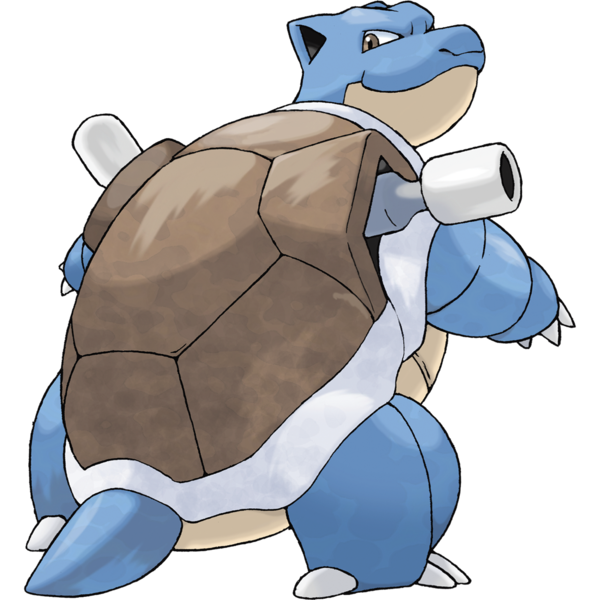 The mythological roots are pretty much dropped completely when Wartortle evolves into Blastoise, making the turtles the most inconsistent of the original starters. Bulbasaur progresses through stages of symbiotic plant growth and Charmander evolves from fiery lizard to fiery dragon, but Squirtle grows itself a bigger, fluffier tail and then trades it in for...guns?

Blastoise's water cannons are its key feature, and they raise a lot of questions. They don't look at all organic, so are they metal? Bone? It always looked to me like they could retract into the shell, but I can't recall if we've ever seen that happen. 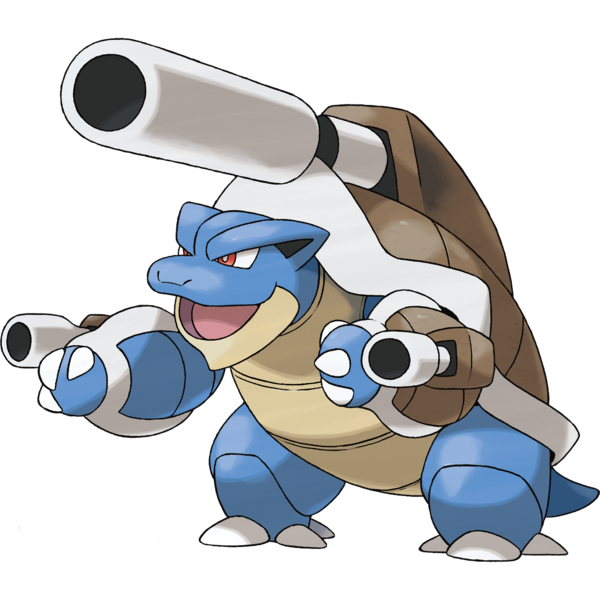 Naturally, it's the guns that get emphasized and enhanced by Mega Blastoise, becoming one gigantic back-cannon and two smaller arm-mounted guns. It's interesting how the arms also get their own entire, miniature shells.

It's nice to see a turtle as a big, scary monster in a context other than Gamera