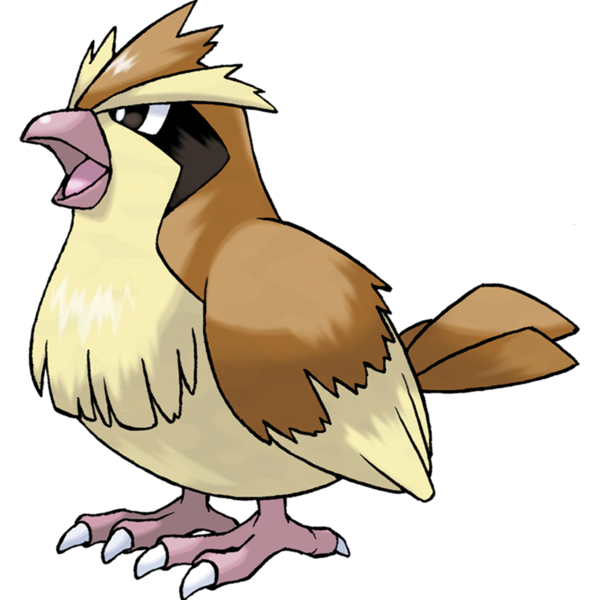 The first couple dozen pokemon were never meant to be anything mind-blowing; they filled the roles of fairly mundane animals, giving us a little taste of the setting and its rules before we got into the flaming snails and flying magnets. Pidgey is this generation's most basic "flying" type pokemon, or rather normal/flying, an extremely common type combination.

In fact, for the longest time, no pure-flying pokemon ever existed, which I honestly thought made sense; the "flying" type doesn't represent what a pokemon is comprised of, but what a pokemon happens to be doing. It has to be attached to another type to represent what sort of creature is actually doing the "flying" here, so "normal" type was kind of its bare minimum. 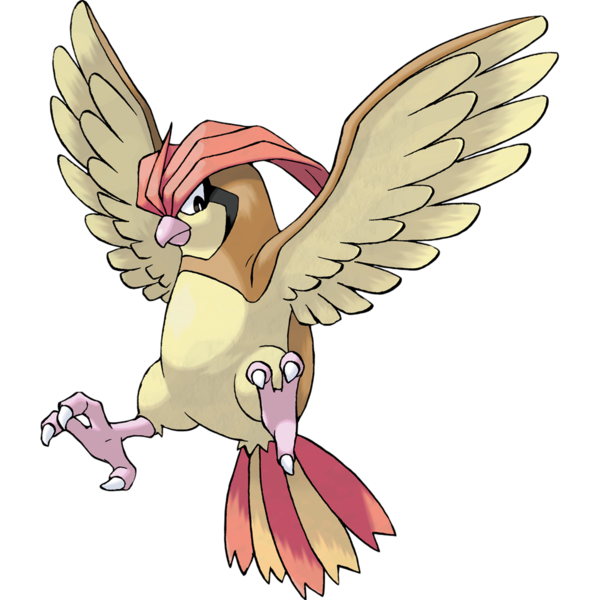 So, here's Pidgeotto, a bigger Pidgey with more radical hair. Despite being named after pigeons in both the English and Japanese versions, this line looks positively nothing at all like an actual pigeon, which used to disappoint me because pigeons have such an interestingly distinct look and tiny, ridiculous heads. This would be rectified later, but I need to stop alluding to pokemon it might take me over a year to get around to. 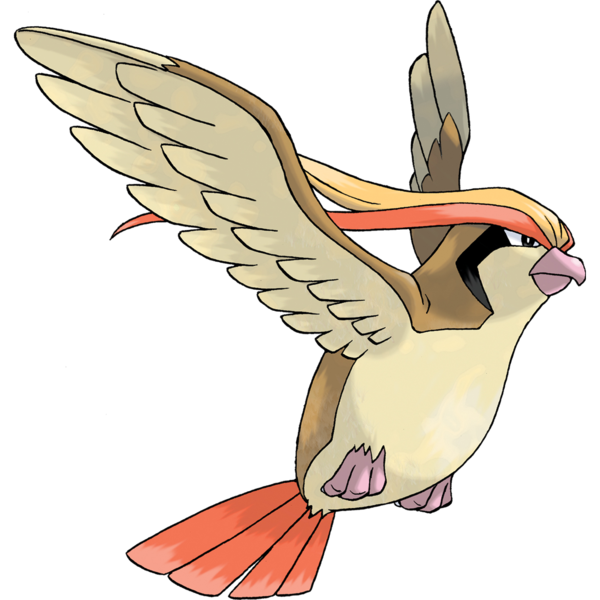 Aren't these names a little mixed up? Why does it go Pidgey - Pidgeotto - Pidgeot? The final evolution should be Pidgeotto. It's the biggest, and therefore it should have the most letters. This and the fact that the design is almost completely identical to its predecessor used to confuse the heck out of me. 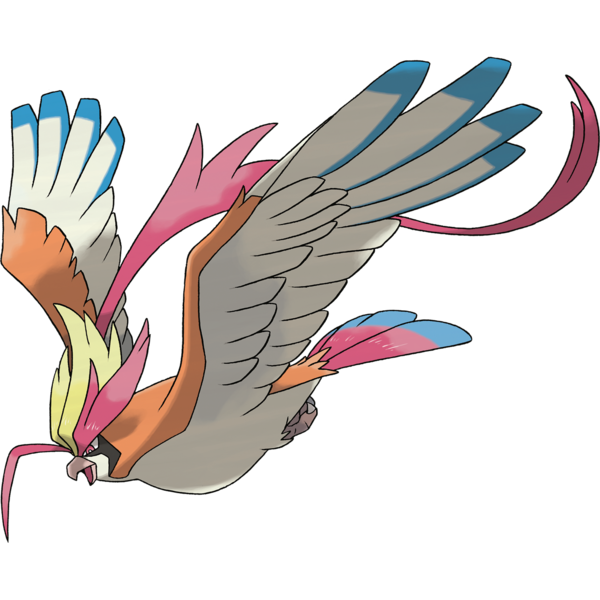 So, I definitely wouldn't have expected a mega evolution for this thing. It's freaking HUGE, which is neat I guess, but there are so many more interesting pokemon who more desperately need this kind of boost, aren't there? Butterfree is the only one of these first six evolution lines that didn't get a mega form. RUDE.

I'm sorry, Pidgey fans. I know Pidgey carries a lot of nostalgia, and a plain, white bread bird pokemon is something that just has to exist, but it's so outstaged by every other bird pokemon, so quickly, and doesn't even have the decency to look like a real, hilarious pigeon. We're only a couple slots away from a more exciting bird pokemon! Don't take it personally, I'm just not a "plain brownish bird" kinda person, okay?