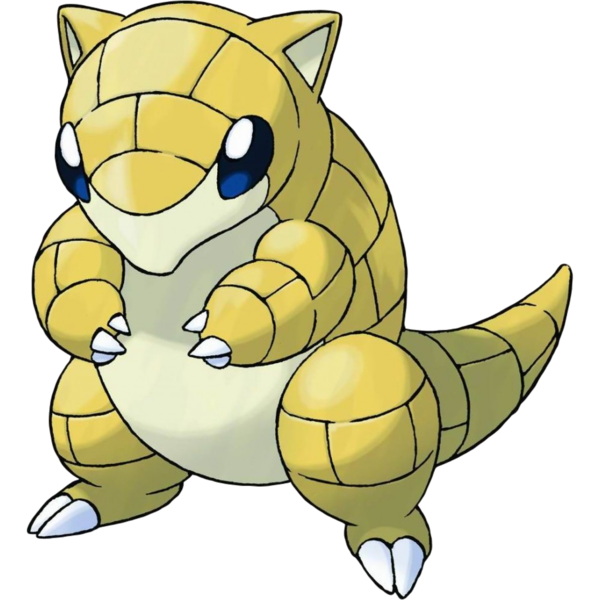 Sandshrew was sort of a "counterpart" to Pikachu in the original games. Both are small, yellow rodents, but one is electric type, and the other is ground type - the natural enemy to electric pokemon! Between the two, however, Sandshrew is QUITE a bit cuter, with its big, inky blue eyes and inquisitive, neutral facial expression. The very first animal it brings to mind is an armadillo, and it even rolls into a ball like one, but it has more of a pangolin-like coating of scales than an armadillo's crusty, segmented shell. 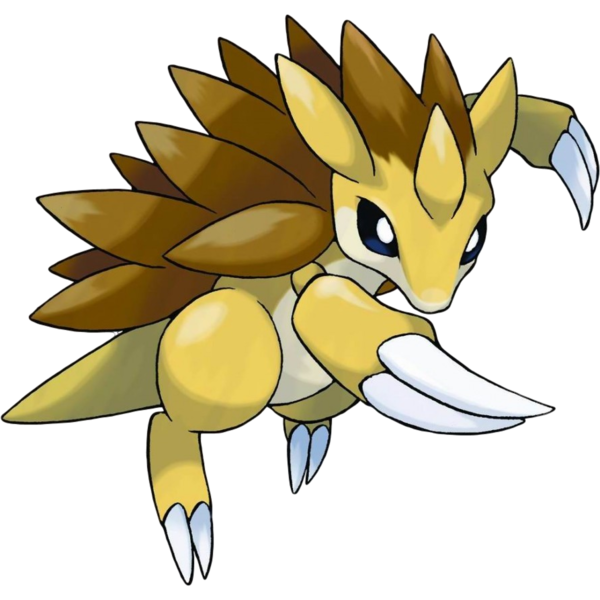 Sandshrew's evolution, Sandslash, is similarly ambiguous in taxonomy, and it's also just damn cool. It still feels a little like an armadillo crossed with a pangolin, but the spines say "hedgehog" or "echidna." It's kind of a chimera of all those weird ground-mammals with scales or spines instead of fur, and it still has some of Sandshrew's cuteness, but it also looks like it could absolutely slaughter a guy. Out of everything we've reviewed so far, I feel like Sandslash says "DO NOT F*** WITH THIS" the hardest, which is impressive considering we've seen a fire breathing dragon, a truck-sized turtle with guns on it and a hornet that could impale three babies at once.

Sandshrew and Sandlash might have the most perfect balance of adorable and menacing in almost the entire first generation, and what's not cool about a mammal covered in giant keratinous thorns? It wouldn't be my own team material, but I feel like it deserves a solid four out of five.