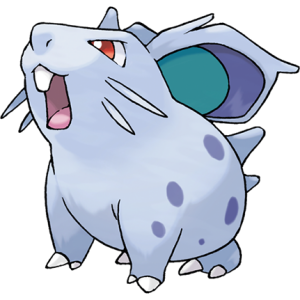 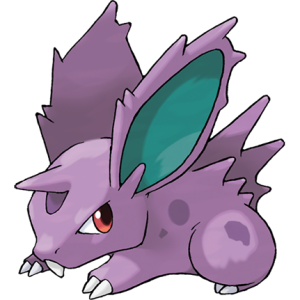 I was definitely looking forward to reviewing these oddballs. Before genders were officially introduced to almost all pokemon, the first generation gave us two gender-based variants on ostensibly the same monster, Nidoran, though each was treated as its own separate "species" with its own pokedex number.

The Nidorans are more than just a binary gimmick, though. While sort of rabbit-like in appearance, these critters have hairless, reptilian skin, they're covered in allegedly needle-sharp barbs, and they're venomous. They're ground/poison types, their many spines and horns injecting toxins in anything foolish enough to mess with them! 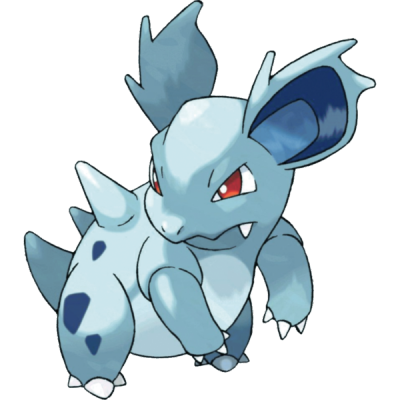 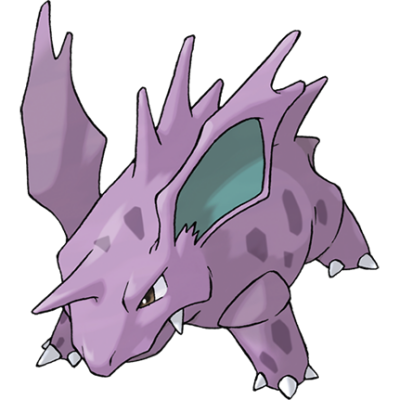 Zoologically, these creatures really don't seem to be based on anything in particular, unless you want to consider them a fictional branch of Synapsid, the extinct animals combining both "mammalian" and "reptilian" anatomical features, though there isn't any mammal or reptile in our world with a coating of venom-filled skin barbs. This was back when a lot more pokemon are taxonomically ambiguous "monsters," and not always drawn so specifically from mythology or science. 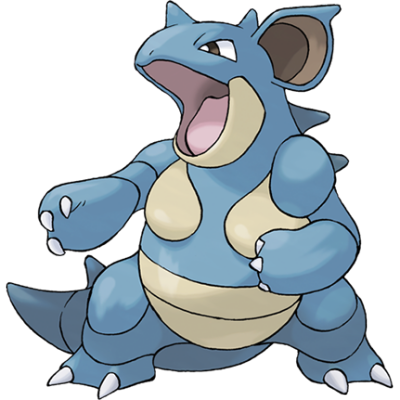 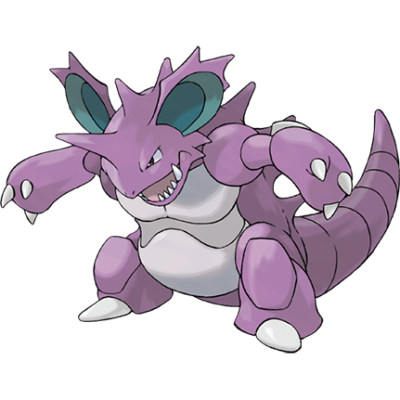 "Nidorina" and "Nidorino" finally evolve into "Nidoqueen" and "Nidoking," big bruisers whose ground typing is reflected in their ability to plunge into the earth and burrow. They're among the meanest-looking tetrapods in the original 151, and it's no surprise they were signature pokemon of Giovanni, big boss of Team Rocket. 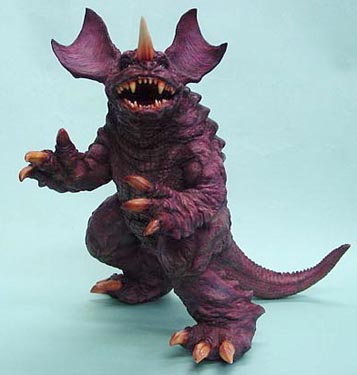 Now, I said these pokemon don't match up to any particular real-world animal, but they do bear a very striking resemblance to the Toho kaiju, Baragon, and it probably isn't a coincidence. How many other purpleish, fanged, horn-nosed dinosaurs are there with bunny ears? Not only that, but Baragon is also an earthquake-causing burrower. All the Nidorans did was throw venom into the mix! 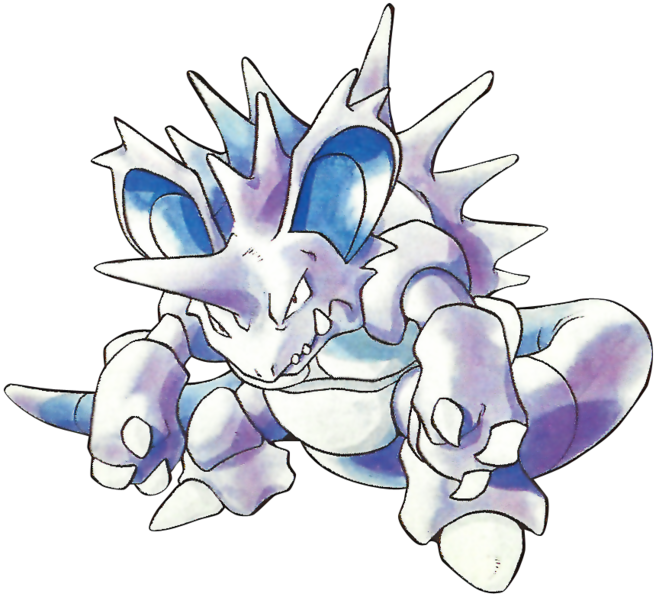 I'm totally cool with the Nidorans being shameless ripoffs of a minor Godzilla nemesis, but I do have a critique for them. The "venomous needle" aspect is what makes them particularly cool and unique, but we're left to use our imaginations and take their word for it, since they're only actually drawn with a few blunt, rounded-looking horns, and Nidoking's even shrank over time. This earlier Sugimori art is bristling with spines!

While they could stand to look pricklier, the Nidos are extremely cool, fascinatingly odd monsters, even if they are just transparent Kaiju references.