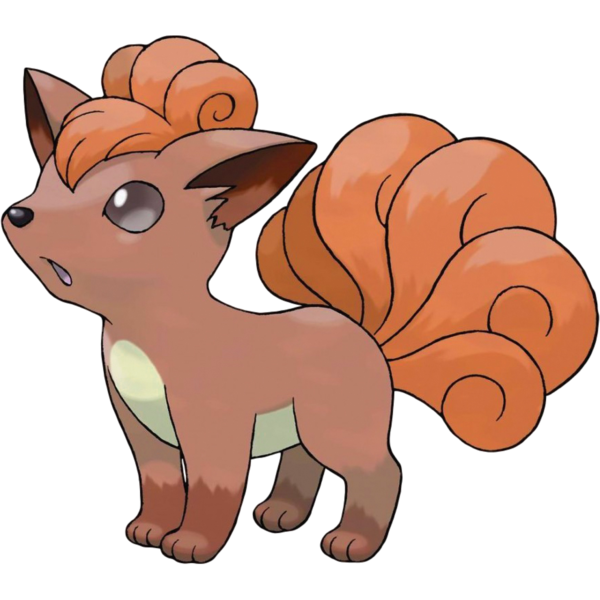 I am someone who fully appreciates "cute" by both traditional and non-traditional definitions, but a cute mammal on its own doesn't impress me much conceptually, so while the concept of a multi-tailed, fire-breathing baby fox has appeal I can understand and Vulpix is the kind of animal I'd carry around like a baby and put comical hats on, it's not something that grabs my active interest as a pokemon. Vulpix at least boasts the distinction of being the first non-starter fire type pokemon in the 'dex, and it was about time, wasn't it? Fire has oddly enough been kind of a rare type throughout the series, despite being one of the most basic "elemental" themes and one of your three starter choices.

I guess I'm one to talk, though. Mortasheen is approaching 600 monsters as I write this and I have basically none with a fire theme at all. I love some of the weird stuff pokemon does with the type, but for whatever reason, I have a hard time getting into fire as a creature motif. I'm not really sure why. 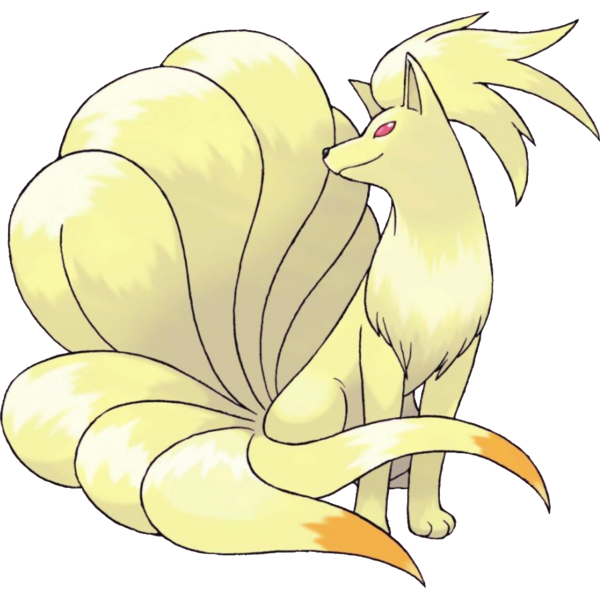 When Vulpix evolves into Ninetales, it drops the "cute" in favor of a more mature sort of "elegance." Again, this is something I can take or leave, but I can still respect. Many more foxes - and other fire-type canines, fox and non-fox - are yet to come, but most have relatively overwrought and unrealistic designs. The streamlined simplicity of Ninetales is fundamentally pleasant, with a minimal color palette and no extraneous stripes or spikes or doo-dads to break up its form, and best of all, it doesn't have those awkward, angular anime eyes that are so common to other pokemon. These more animal-like eyes look vastly better and I really wish they were more standard to the series than those "Dragonball Z" looking ones they like to slap on everything.

Vulpix and Ninetales aren't "me," but I'm giving them a four because I can't argue that they aren't very pleasantly designed, and should have been gamefreak's standard measure of quality for a lot of other mammalian 'mons.