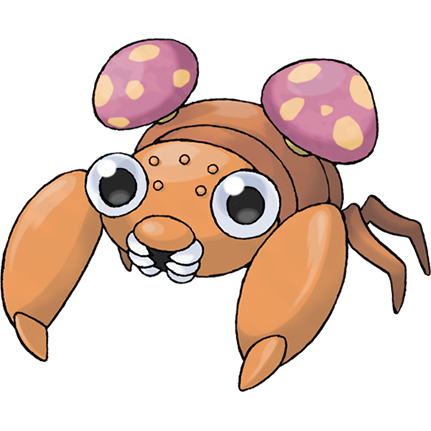 It's a pleasant coincidence how many of my favorites from the first generation are clumped together in the pokedex. It really helps me come down smoothly off that gloom-induced high to dive straight into Paras. Gloom's design and concept work together to make my favorite pokemon in the original 151, but Paras comes pretty damn close to it, its underlying concept remains one of my favorite things in the franchise, and for once, its evolutionary path only amps up its appeal. 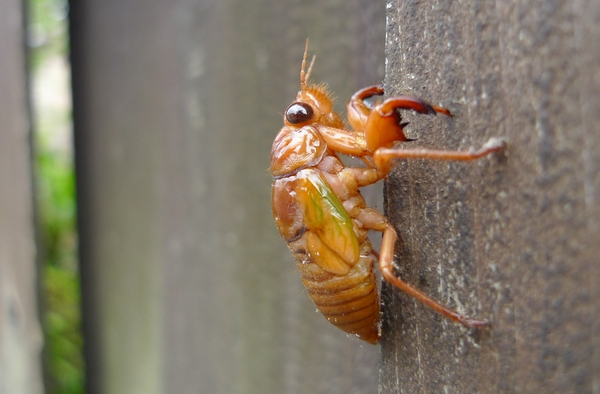 source
The "bug" side of this bug/grass type comes distinctly from the immature stages of a cicada; the burrowing, wingless "nymph" which spends so many years quietly sucking away at the roots of trees. Closely following the body plan of its basis without any jarring, inorganic looking elements, Paras remains one of the best looking bug types to this day. It lacks the tubular, sucking mouth of the real insect, but its multiple pairs of mandible-like fangs are both extremely cool looking and still almost unique among bug types.

This is, incidentally, also one of the only bug-type pokemon to be based on a member of the Hemiptera, the only insect group to which the word "bug" is supposed to apply! We all know the real star attraction of Paras, however, is its "grass" aspect, the two mushrooms growing ominously from its back. This is actually an example of an Entomopathogenic fungus, and there are in fact thousands of species of fungi that parasitically infect arthropods in any number of ways. One of the most infamous in recent years are those of the "Cordyceps" genus, most famous for exerting "zombie-like" control over ant hosts, and fun fact, it was actually determined that Cordyceps takes over everything BUT the host's brain, meaning that the ant still has the same exact mind, but the fungus is in charge of the muscular movements of the body.

Nothing so elaborate happens to cicada nymphs, of course, and doesn't really need to. A cicada nymph often spends years underground in the same exact spot, so when it gets infected by Paecilomyces cicadae (above), its life long burrow becomes its grave, and the mushrooms reach all the way up to the soil surface where their spores can scatter. Essentially, the cicada nymph produces mushrooms instead of producing a fully grown cicada... 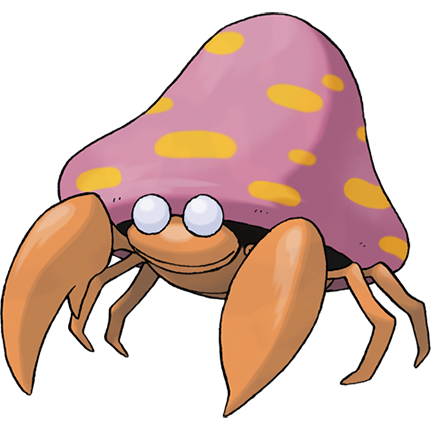 ...And thus, Paras can only evolve into the flightless Parasect, which has an interestingly thinner, spindlier body - a more atrophied looking body, when you think about it - with glazed-over, milky eyeballs and a single massive, carapace-like mushroom cap dwarfing the rest of its mass. We already know what this means, but the pokedex takes care to remove any ambiguity:

Whereas the real P. cicadae kills its host completely, Parasect is left just alive enough to continue functioning as the mushroom's vehicle and long-term food source. As of Pokemon: Ultra Moon, the pokedex even admits, and I quote, that "the bug is mostly dead," and stops moving if the mushroom is removed from it. Parasect is a living corpse that's still capable of reproducing, its puppeteer infesting its eggs even as they're laid. The entire species is infected, and can never be free. Creepier still, Paras and Parasect were once the only pokemon capable of learning "spore," the only move in the game that induces sleep in the opponent with 100% accuracy, and if this obscure Sugimori art is to be believed, may also represent the parasite branching out and infesting other hosts...perhaps not to seize control of their bodies, but at least to incapacitate them for Parasect to feed upon with moves like leech life. What I think goes rather unappreciated about Parasect is how this infectious fungus clearly constitutes a pokemon of its own. While Bulbasaur's bulb or Gloom's flower seem like little more than appendages, Parasect's mushroom is a distinct organism with its own sentience, and it's this organism that learns and wields grass-type moves for the duo. It's literally a faceless, limbless grass-type pokemon that enslaved an entire bug type! We spend so much time seeing this host/parasite duo as one character, we forget that the mushroom alone qualifies as one of the strangest pocket monsters of them all. 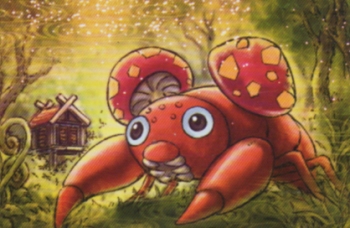 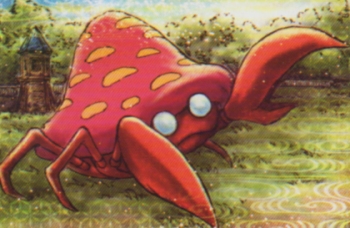 Pretty much the only downside to these creeping zombies is that they're saddled with that painful bug/grass typing at all, a combination suffering quadruple damage from both fire-type and flying-type moves. Parasect goes up like a roman candle if so much as a Charmander coughs on it, and a Pidgey's beak may as well be a chainsaw dipped in acid. I've always had my fingers crossed for a big, beefy new evolution with an edge against these types or even a new typing of its own. What if the mushroom were to fully consume the bug and evolve into pure grass type - a bug now composed entirely of fungus - or even a grass/ghost?

These days, it seems like they've sworn off adding regular evolutions in favor of mega evolutions, and I'd accept a mega-parasect too, but you're allowed only one mega per team...and I'd hate having to one day choose between a mega parasect and, say, a mega garbodor or a more gloom-like mega vileplume. As of Sun and Moon, they're now into making "regional forms" with whole new typing combinations, and as of Sword and Shield, regional forms can evolve further into brand new Pokemon, so...cross those fingers, parasect! Of course, it would also be interesting enough if a regional form or evolution were to one day show us what Paras would have evolved into without its parasitic fungus at all. The later Ninjask is the same kind of animal, but the whole line is stylistically so different.

I said the extra-special super-favorite five-plus rating would be rare, and it will, but a pokemon I love this much rather conveniently comes right after Gloom...and remarkably enough, I used to love our next pokemon almost as much too.