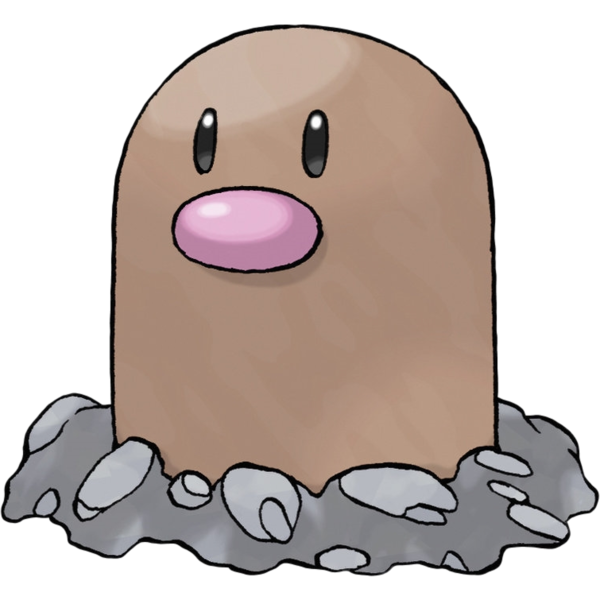 My personal preferences for bugs, fungi and blob creatures aside, Diglett might honestly be one of the most perfect designs in Pokemon. It boils the idea of a mole down to basic, abstract elements in an immediately eye-catching and memorable way - a minimalistic face popping out of the soil - which serves more as a symbol of an idea of a creature than a creature itself, though this very same abstraction of a mole has had a precedent in our culture for generations: 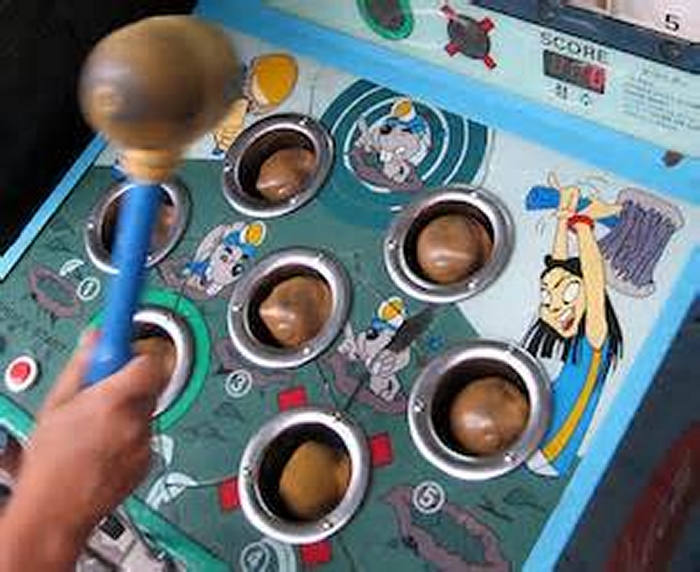 The classic whack-a-mole arcade game has seen thousands of variations with all sorts of different mole designs, but at its most basic, the "moles" are nothing but plastic pegs, sometimes with a just couple of crude features slapped on for fun. Even in Diglett's first anime appearance, a guy ran around trying to smash them with a mallet. Hilarious. 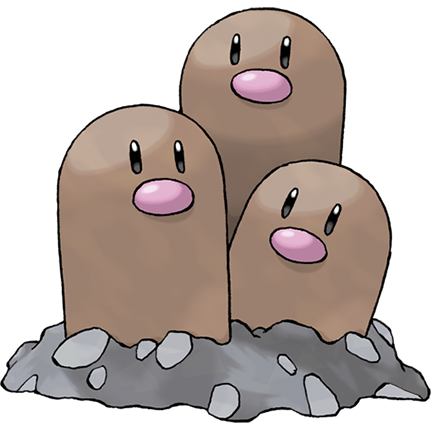 ...And why fix what isn't broken? When Diglett evolves into Dugtrio, nothing changes other than the amount of Diglett, and while some people find this the laziest and cheapest style of pokemon evolution, I'm sure I needn't even say how much I'd love if Venonat could evolve into just a bunch more Venonat. Maybe three Venonat wearing the same trenchcoat like they're sneaking into an R-rated movie. WHAT COULD HAVE BEEN.

So yeah, if you're absolutely in love with Diglett as-is, Dugtrio is kind of the dream, isn't it? 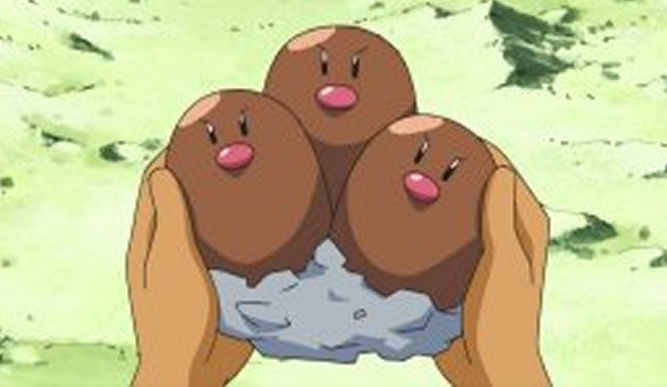 Of course, nothing about the original mole pokemon is quite as tantalizing as the mystery of what they look like under the ground. Fans have had a blast over the years coming up with a range of answers from the predictable stylized mole to bizarre and terrifying subterranean monstrosities, while the anime and other materials have glossed over the issue or taken absurd shortcuts, like when Brock held a Dugtrio in his hands and they just sort of stopped at a clump of soil. I mean...what?

I'd probably prefer if this mystery stays with us - there's just too much fun you can have with it - but I get the feeling that some day, before the sun burns out and the existence of pokemon is horrifically erased from the entire continuum of reality forever, it's entirely possible we'll end up with an evolution or mega-evolution in which Dugtrio emerges completely from its portable soil-dimension. I'm rooting for a giant, frightening dirt-monster, maybe even a dragon type, but I'm also completely on board with the "hand, or something" theory.

Diglett and Dugtrio are easily among the most iconic images in the pokemon franchise. They almost can't be improved upon, and the nonsensical nature of a creature perpetually emerging from a hole - no matter where - is a big part of the charm.