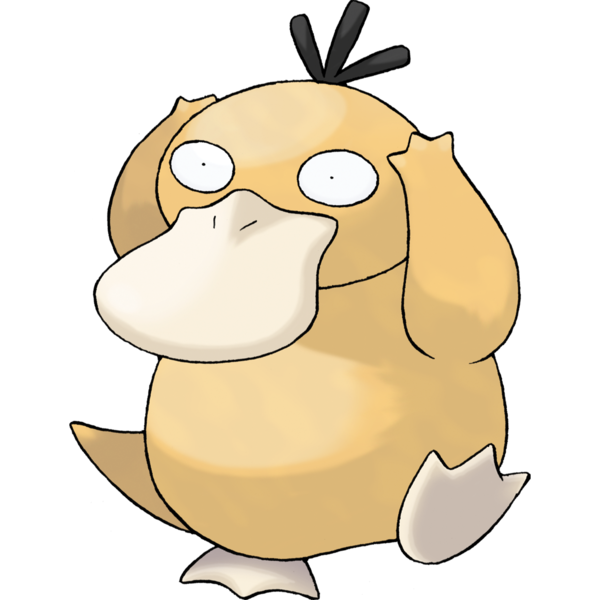 Another darling of the fandom, it's pretty hard to go wrong with psyduck. It's squishy, bulbous chubbiness, dim-witted personality and hilariously blank stare are all delightful visuals in a duck-billed water monster, and the nature of Psyduck's mental powers are damn intriguing. I'll once again let the pokedex explain:

So, we've got this dopey little critter whose sluggish brain nonetheless hides incredible psychokinetic power, suffers constant headaches, and doesn't even know what's going on when its brain-voodoo finally goes off. I love this kind of stuff. Psychic pokemon have always played around with these utterly weird, even unsettling mental forces, but nowhere is that more evident than throughout the first generation...even if Psyduck isn't actually a psychic type. It's pure water! I guess it's kinda cool that pokemon don't absolutely always have to have a predictable typing to match their abilities.

We're sure seeing a lot of top-tier pokes here in the middle of the dex. Psyduck is just innately lovable, and its "lore" is incredibly cool. 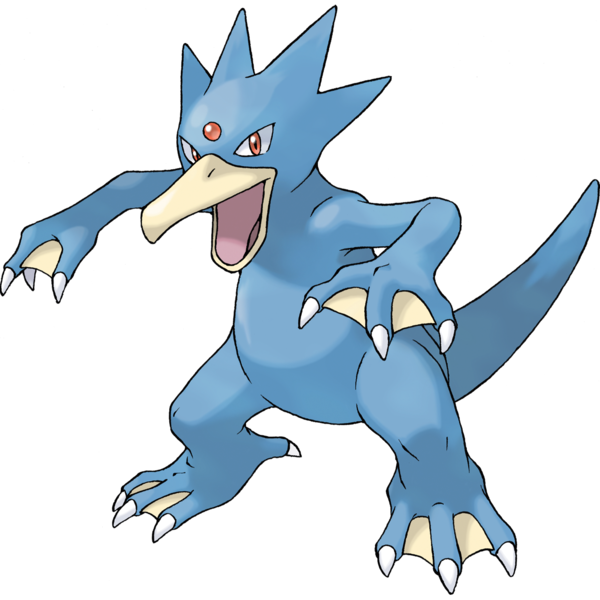 As is so often the case, I don't care as much for the final evolution as I do for its predecessor. I realize the entire point is that the slow, awkward, brain-dead Psyduck becomes a sleek, powerful fighter, and I can appreciate it, but Psyduck's failings are just so much more charming than Golduck's perfections. I do like how Golduck is also supposed to look a little like a Kappa, though, minus the head-dish and the turtle shell Kappas are famous for. In fact, Golduck's pokedex is the first place I ever really heard the term Kappa at all, rendered a much more famous monster by the ever more massive flood of anime culture in Pokemon's wake.

Golduck may be cool, but I guess I'm a bigger fan of pathetic! 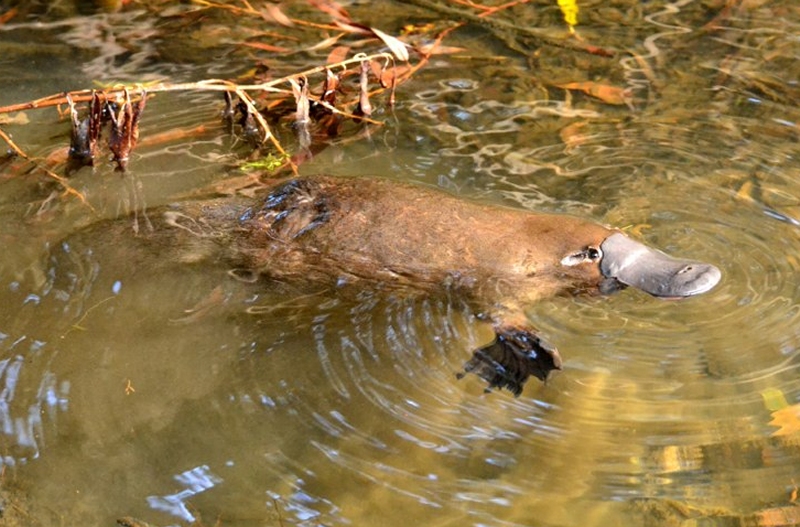 By Klaus
It's always important, of course, to discuss an animal basis that the fandom doesn't always find obvious, and an awful lot of people still seem to be under the impression that Psyduck and Golduck are actual ducks.

Yes, it's in their name, I know, but let's be reasonable here. These pokemon are four-limbed, with webbed "hands" instead of wings, they have muscular tails and they swim under the water. Their every possible characteristic is that of a platypus, right down to the fact that they aren't flying types.

Psyduck didn't get the flying type, A.K.A. the bird type, because it's a dang monotreme.