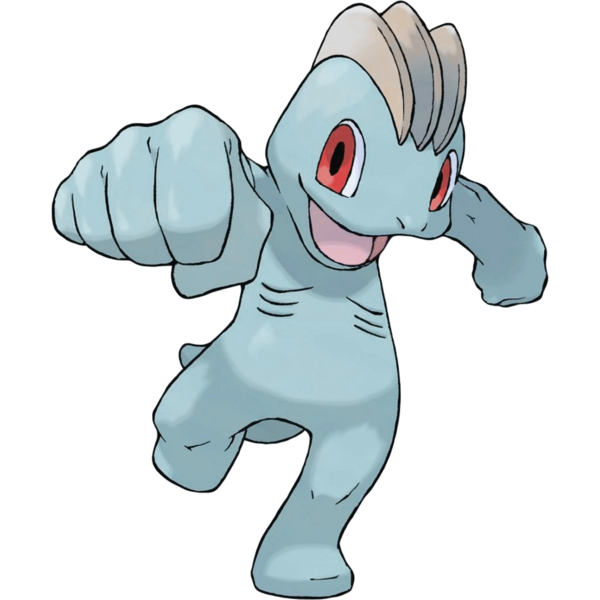 Machop comes immediately after the Abra line and has the same evolutionary pattern - requiring a trade to get its third form - so we can safely assume the two lines are meant to parallel one another, even if they weren't "version counterparts." As a pure fighting type, however, Machop crumbles to psychic attacks and does only half damage to psychic types. I should have brought this up when we were talking about the type in Mankey's review, but I always thought psychic and fighting should be simultaneously weak to one another. I get the "mind over matter" angle, but some nerd Kadabra should still cave to a punch in the face. That's pretty much already how "muscle vs. telekinesis" plays out everywhere else in popular culture.

Anyway, Machop is pretty weird. The muscular, human-like body feels really uncanny with a cartoon dinosaur head on it, like those male kangaroos with the terrifyingly ripped pecs. 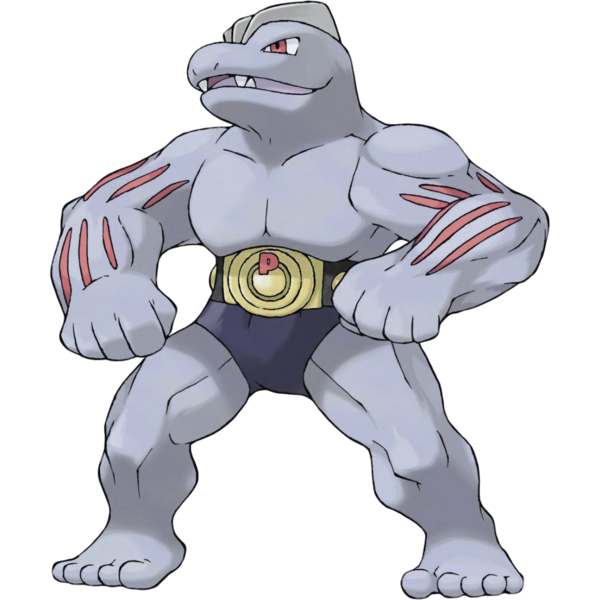 The buff kangaroo quality only kicks into high gear when we evolve into Machoke, who now also wears spandex and a belt that's supposed to "regulate its power." Where does that come from? It just manifests out of nothing when Machop evolves? This was why a lot of people disliked clothing or accessories on pokemon, but I always found it cool, personally.

What weirds me out about Machoke are those red lines on its arms, because I can't help reading them as its skin splitting open under the strain of its sudden muscle growth. I guess that makes them stretch marks, but they look a little redder and deeper than that. 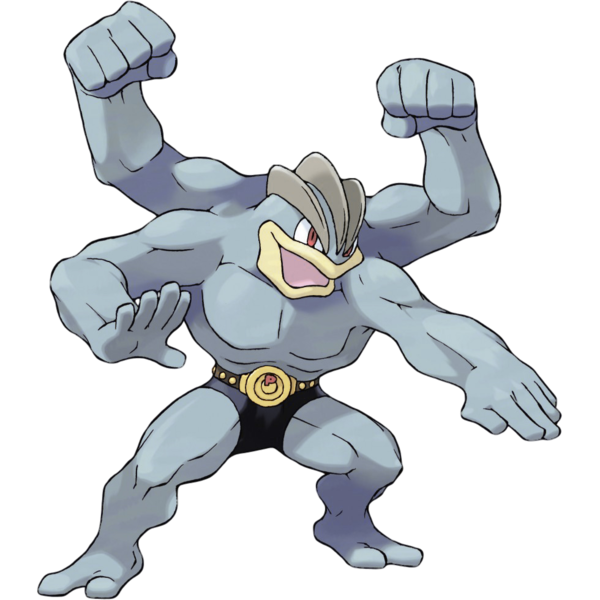 When Machoke is traded, it evolves spontaneously into Machamp, a giant four-armed professional wrestler with basically the same beautiful face as King Dedede. Interesting, but I can see a lot of people preferring the more overtly reptilian design of Machoke, and I kinda do too. Hulk Hogan with Godzilla's head is a tough motif to beat.