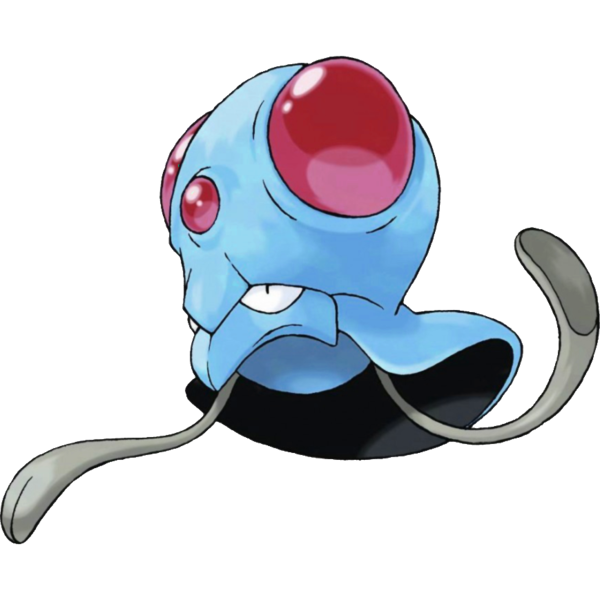 Hot on the trail of Victreebel, we've got another exotic, sinister poison type that REEKS of pure cool. It's even in the name! Tentacool is a jellyfish pokemon, its "poison" typing reflecting the presence of venomous stinging cells in its two tentacles, though it always looked a whole lot more to me like a cephalopod, its bulbous, fleshy appearance and eye placement reminding me more of some deep-sea squid or octopod than a cnidarian. I'd complain about it having eyes when it would look so much cooler without them, but there are some Jellyfish that actually do have eyes, and they happen to be the cubozoa, or box jellyfish, which you may recognize as the deadliest and most toxic of all known Cnidaria. Nice!

More than anything, I adore how alien this critter looks, in the "classic space invasion B-movie" sense. Can't you just see one of those tentacles waving around a chrome plated raygun? 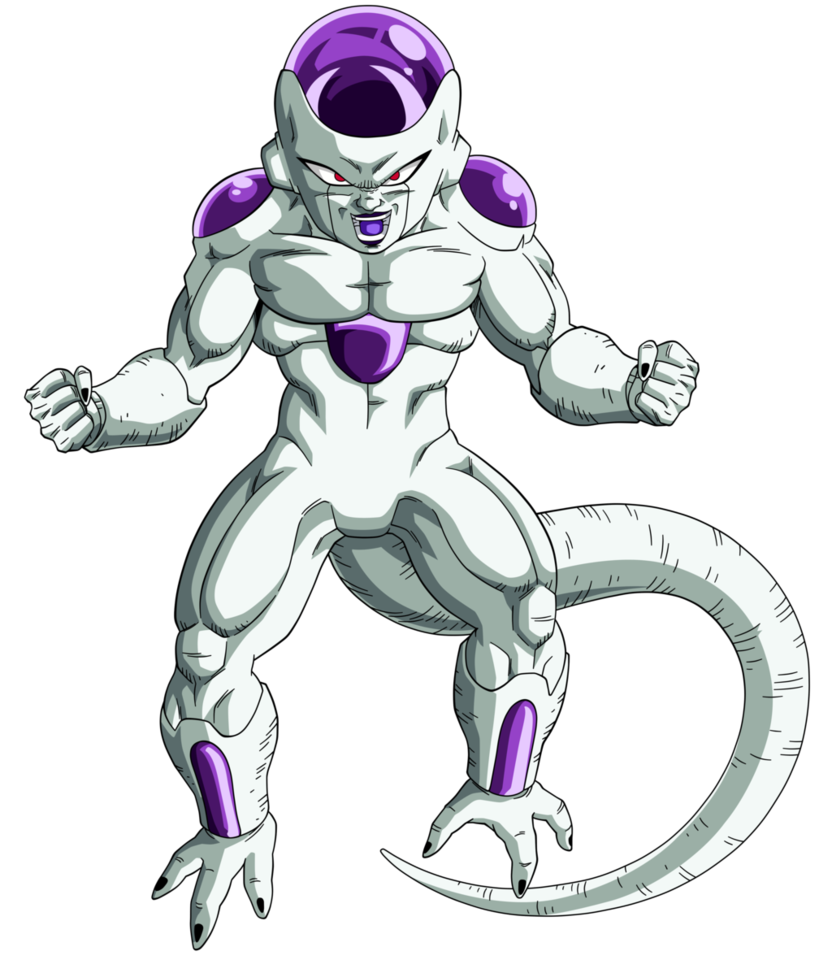 Alternatively, but still squarely in the "space monster" column, you may have thought Tentacool carried an Akira Toriyama vibe, sporting the same weird, embedded orbs he gave to Frieza and a long list of other baddies. I'm not gonna pour more fire on an already raging fandom war by asserting whether I prefer 50's Bug-Eyed Monster or 90's Shonen Villain interpretations of Tentacool. Can't it be both!? Can't we put an end to this twenty year bloodbath!? 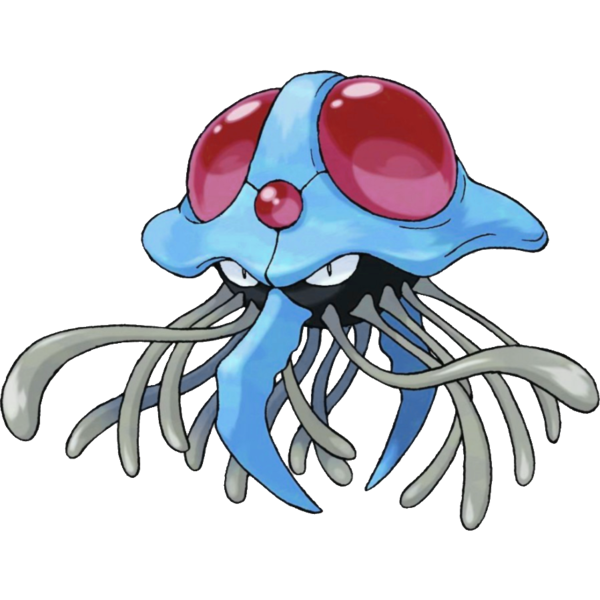 Eventually, Frieza's severed head floats in the ocean long enough to evolve into Tentacruel, and damn if that isn't one nasty beastie. The pokedex says it has eighty tentacles, but we can forgive them for only drawing around a dozen of them at a time. I kind of miss that lovely lightbulb shape to Tentacool, but with the addition of a squid and an octopus in later generations, there remain no aquatic pokemon with tentacles either as plentiful or as lengthy as the 'cruel, so if tentacles are your thing (in any sense of that phrase), Jellyfish Frieza can't be beat.

Tentacruel's even more interesting feature, however, may be its gigantic, beak-like scissors. This is another feature that would make sense on a mollusk, but on a jellyfish it's totally out of left field in a very nice way. A jellyfish with blades on it. Nice!!! 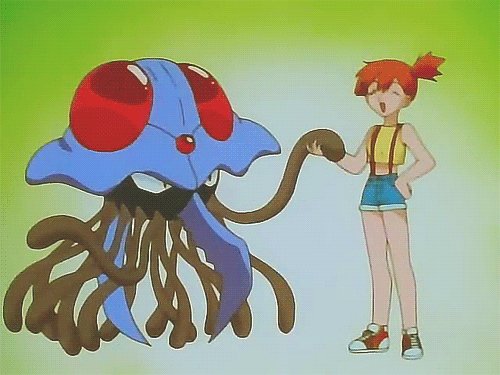 I'll end on a note that Tentacool and Tentacruel are also the pokemon that made me almost forgive what Misty said about Caterpie. Her fear of bug types was, for a while, the only time a character in-universe ever called a pokemon gross, ugly or creepy, until she started gushing about her adoration for these nightmare spawn of the deep, and the tables were turned. Ash thought they were hideous, the local populace regarded Tentacool as unlovable pests, and Misty alone was willing to defend them to the end. It may make her a bit hypocritical, but at least she knows how I feel whenever the subject of spiders comes up.

I also hope you appreciate what I had to go through to find a wholesome image of Misty and Tentacruel together when I couldn't remember what episode this came from.

Tentacruel is another of those pokemon that feels objectively awesome. Even if you're not a fan, you cannot look at that thing and sincerely tell me it's not rad as all hell.