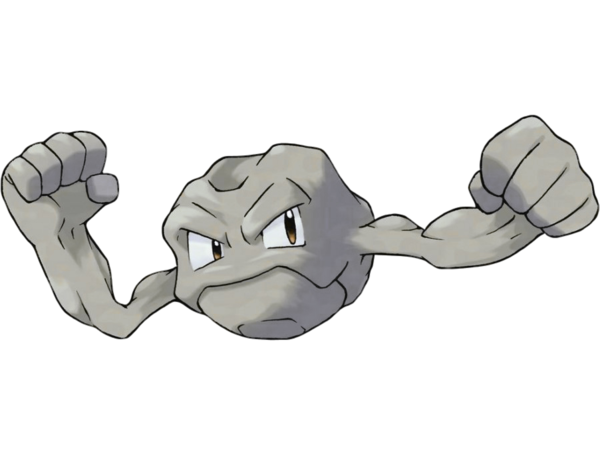 Geodude is the first rock-type pokemon in the dex, and another solid first impression. It's little more than a rock with arms, but that's Geodude's appeal. A rock with arms that rolls around saying "geodude" over and over is hilarious.

Geodude is not, however, only a rock type. In fact, there aren't any pure rock types in the original 151; just a whole lot of rock/ground types, Geodude included. Thematically it makes a lot of sense, but the combination of rock and ground type only results in a pokemon with a crapload of weaknesses including compound weaknesses to wildly common water and grass moves. 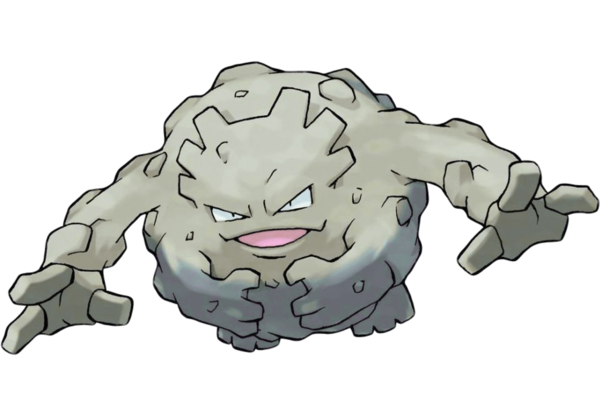 When Geodude evolves into Graveler, it becomes the sort of thing most people think of when they hear the phrase "rock monster," a burly chunk of stone with craggy arms and legs. I always liked just how rocky and bumpy this pokemon looked, and the fact that it allegedly eats rocks is another classic "rock monster" thing to do. It's even said to prefer the mossy ones, which is cute. I imagine that's kinda like the frosting on a donut to a geophagous organism. 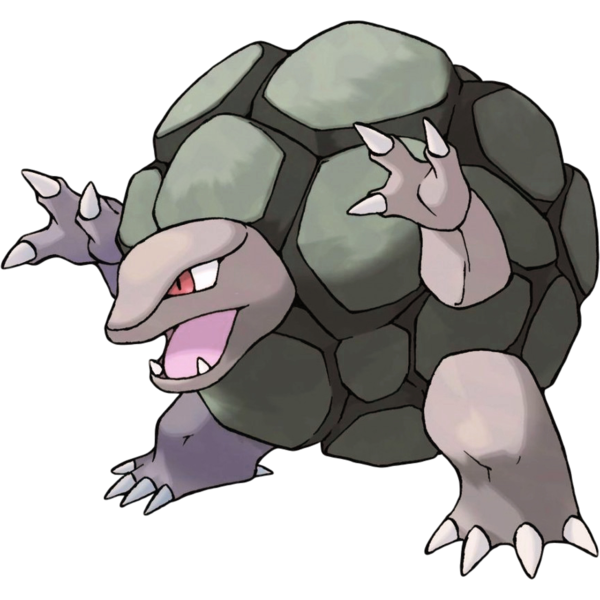 Graveler's evolution is another that comes clear out of left field. Golem's physiology and even overall style feel entirely different from its predecessors, mutating from a boulder with human-like features and six limbs to basically a stone-skinned reptile in a cobblestone-like spherical shell. It's a very cool design, though I feel bad for anyone who was a huge fan of Graveler and expected something following its progression more logically, which I guess would have been more of a big rocky humanoid troll thing, and would have suited the name "Golem" even better to boot.

Still, Golem has a very, very "kaiju"-like feel, like a lost Ultraman monster, and those chunky rock scales are pleasing to look at. I'd have personally found Golem a little cooler if its head was withdrawn into its shell, just a dark hole with eyes and maybe teeth peering out. I'm always biased towards that look, its true, but it would have also felt a little closer to what Geodude and Graveler were moving towards.

The Geodude line are interesting rock beasts, though I have mixed feelings about the final twist.