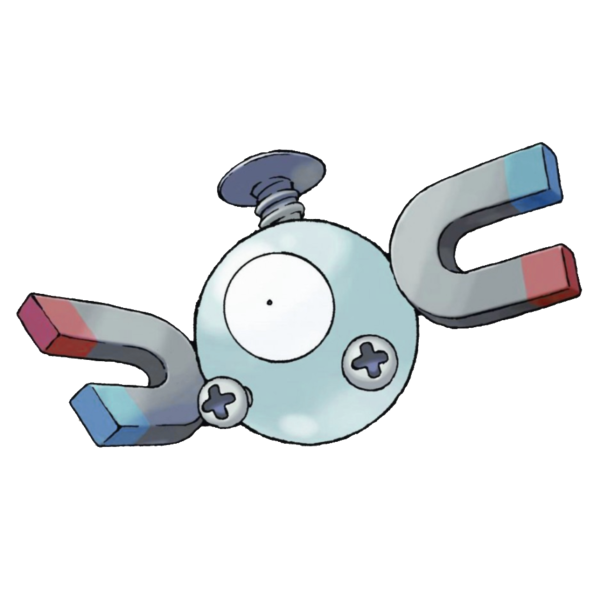 What's not to love about Magnemite? This electric type's artificial appearance really stood out in the original 151, demonstrating that Pokemon could truly take any conceivable form and didn't need to follow biological sense. What's with the screws, which don't seem to be holding any pieces together? How is Magnemite alive? Does it have organs inside? Where did it come from?

I'm glad we've never really gotten straight answers. There are those with an obsessive need to rationalize pokemon as believable, evolved living things to the point that they outright reject these object-like pokemon, but I really prefer pocket monsters as impossible, illogical and extranormal entities who nonetheless find their way into structured, ecological niches. 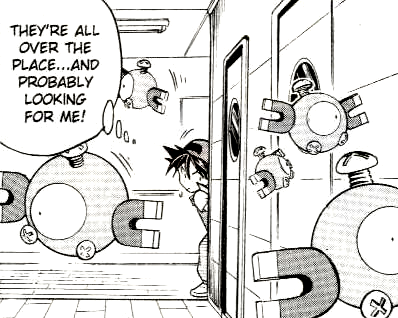 Magnemite is also just damn cute. Anything with a big, round eye or eyes and little pinhole pupils is endearing to me by default, but even moreso if it doesn't have any other recognizable features. 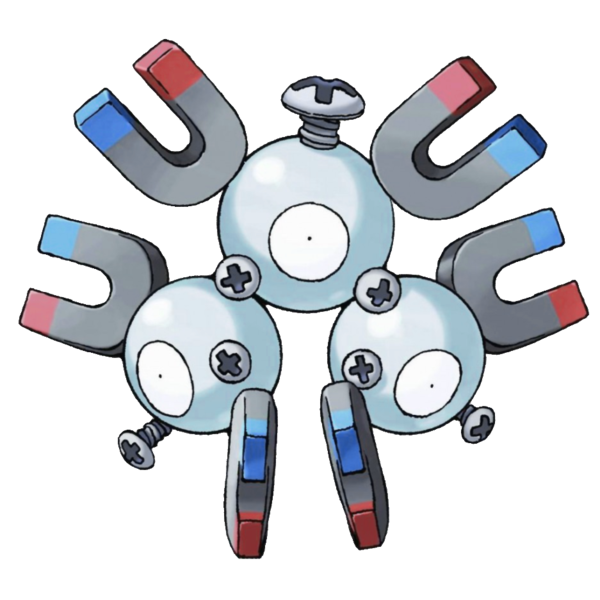 Like Diglett, Magnemite takes the "ain't broke, don't fix it" by just becoming three times the Magnemite, referred to as Magneton. That a magnetic monster evolves by merely sticking together makes a lot of thematic sense, and has the same flawless appeal as Dugtrio. If you loved Magnemite - and you should - then you're logically going to love having three Magnemite as a single pokemon and calling it a day. 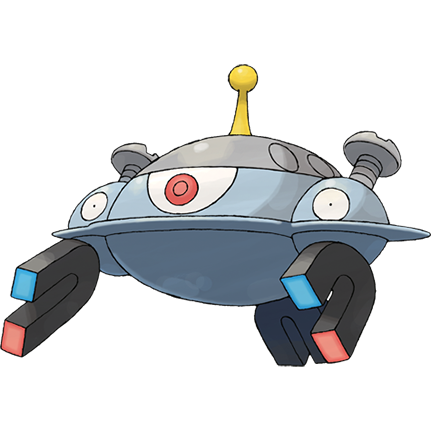 It's with mixed feelings, then, that I accept the fourth-generation addition of Magnezone, where Magneton's magnetic bond becomes powerful enough to fuse the three Magnemite into a single body. The result looks intriguingly like an alien spacecraft, and I love the idea that "UFO's" could have all along been these surreal, living magnet-beings who somehow formed on our own world.

However, the cuteness I spoke of was a pretty delicate formula, and Magnezone may be cool, but it lacks that sweet, wide-eyed innocence I loved so much. I know two of the three beings represented here stay basically the same, but my mind can't help giving priority to the largest, central 'mite when reading Magnezone's overall personality. It's undeniably cool as heck that you can capture and train a magnetic, three-eyed flying saucer, but I'm just not quite as big a fan of its grouchy demeanor.

Gee Magnezone, when did you get so