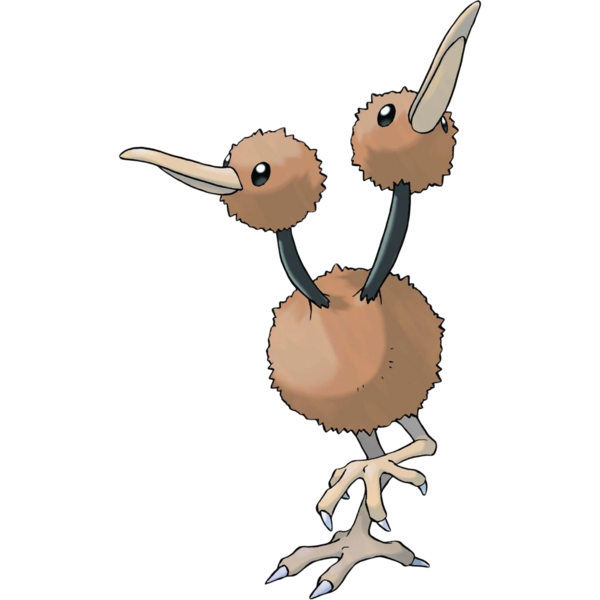 There's something automatically lovable about flightless birds. I guess since the vast majority of birds evolved for flying, a ground-bound avian feels stranger, more exotic, and just a tad pitiable, though Doduo, funny enough, is a flying type pokemon, which is just another holdover from when "flying" type was almost just called "bird" type. In fact, the move "fly" in Japan is only referred to as though it's an impressive leaping attack, though that still doesn't explain why you can use it to ride your Doduo over mountains and seas to the other end of the country. That's not only a bit of a stretch for just a leap, but landing should splatter you both into an unrecognizable wet patch. 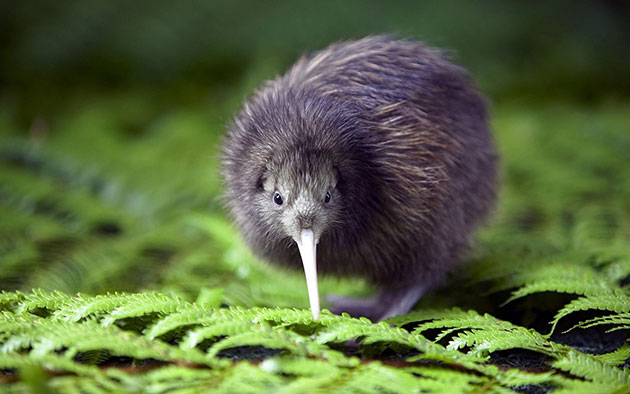 When it comes to the design, Doduo doesn't actually look anything at all like a dodo, which I'm hoping will get representation some day a as a ghost type, in reference to the Dodo's status as the most iconic modern-world extinction.

Instead, Doduo looks exactly like a kiwi, to such a degree that I'm surprised it's still so often compared to an ostrich, emu or moa. The only differences at all between Doduo and a kiwi are the long, thin necks, and the fanciful number of heads, with your average real kiwi, of course, boasting a minimum of four to six. (turned away from the camera in most photographs) 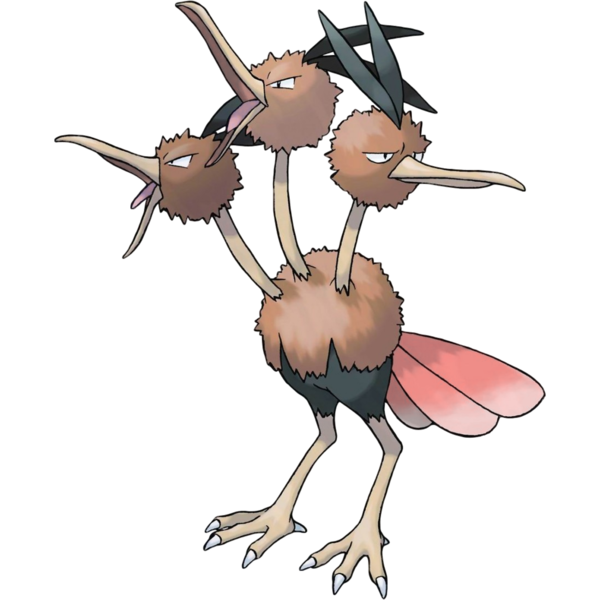 It's a shame that simple kiwi charm is dropped by Dodrio, yet another pokemon that loses cute, life-like animal eyes in favor of those tacky triangular ones when it evolves. It's still really cool that any pokemon is a giant, shaggy ratite with multiple heads, but what was wrong with the kiwi faces?

The kiwi-dodo-emus are really interesting and unique pokemon, but lose some of the magic when they evolve.