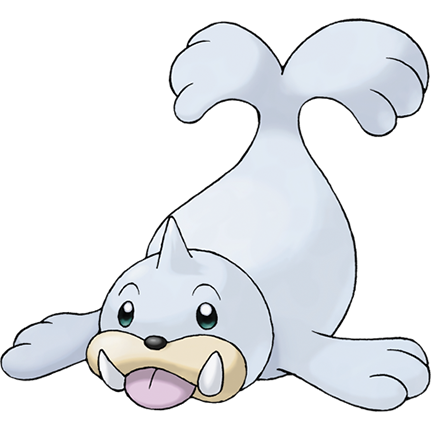 Our first ice type is a safe enough animal to saddle with that heavy responsibility, a water/ice seal with a face almost more like a goofy pug dog. I also kinda like how its tail looks a lot like a cartoon water spout. I never noticed that before. 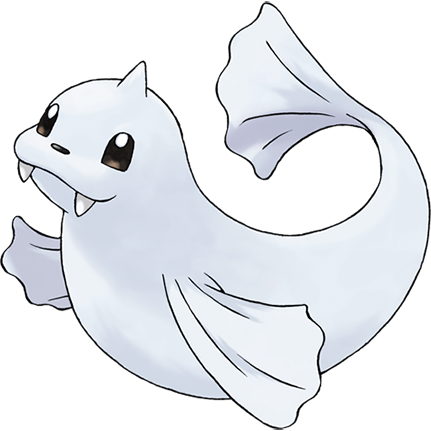 Seel evolves into the somewhat more elegant Dewgong, one of those pleasantly simple, streamlined animal pokemon who thankfully stayed home when they were handing out anime eyes.

It is not, however, a dugong, nor any other kind of Sirenian, an animal group still missing from pokemon's roster. You can't just name a pokemon a flimsy misspelling of entirely the wrong animal, Gamefreak! 700+ pokemon and we don't have a manatee or sea cow yet? If we did, I couldn't really see it as an ordinary, predictable water type, but there are limitless other possibiities. 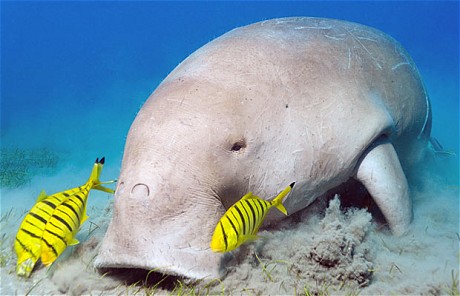 -A grass type resembling a gourd, melon or cucumber. Hilarious if they also give it jagged teeth and make it a carnivore.

-Steller's Sea Cow is extinct, yeah? How come we don't have any ghost type pokemon representing extinct species? A ghostly dugong would be way too cute for a water/ghost.

-A water/dark cthulhu-like Dugong. This is the only way I would accept something as hipster as a Cthulhu reference in pokemon, as my wife and I are fully convinced Cthulhu was some sort of big sea cow all along. He's fat, he's always sleepy, and his greatest nemesis is a boat propeller.

I can't think of a whole lot to say about these two, but they're alright.