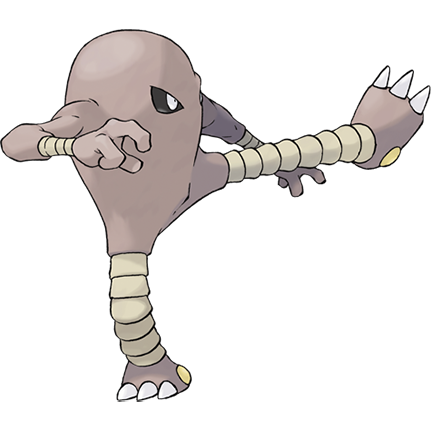 Though we've seen a couple fighting type lines already, the "hitmons" were often treated as the true face of the type back in the day, and for many, they continue to be the first fighting pokemon that come to mind.

Oriented around kicking and named after Bruce Lee, Hitmonlee is also another of those exceptionally monster-like pokemon, a basically "headless" humanoid with menacing eyes in its "chest" and no other apparent facial features. It's almost owl-like in appearance, or like the mythological blemmyea.

Hitmonlee's coolest feature after its creepy nipple-eyes are its legs, which extend like vacuum hoses to kick its opponents to death, and if you ask me, they probably also suck food through its feet and into its stomach.

Hitmonlee is all-around cool as heck, one of the scarier things in the first generation and pretty alien for a fighting type. 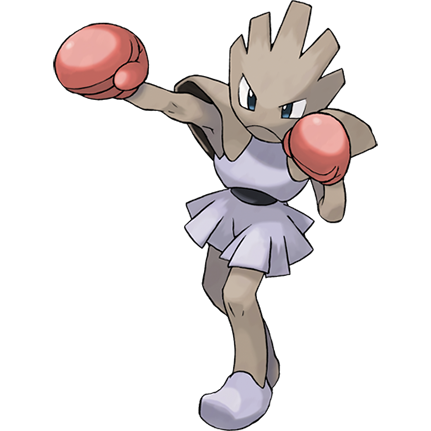 Hitmonlee's counterpart, Hitmonchan, is of course oriented around punching. Before the introduction of official pokemon genders, many players assumed Hitmonlee was always "male" and Hitmonchan always "female," I guess because Hitmonchan has what everyone interpreted as a cute skirt and for some silly reason guys aren't supposed to wear those. I'm glad this expectation turned out to be false, and your Hitmonchan regardless of gender can still wear said cute skirt while smashing a face in.

All I don't care for all that much is 'chan's head design, which just feels like an exceptionally generic pokemon sort of head. It does its job, though, and the organic shoulder armor is pretty cool.

Not as weird as Hitmonlee, but a good, solid concept and design with better fashion sense. 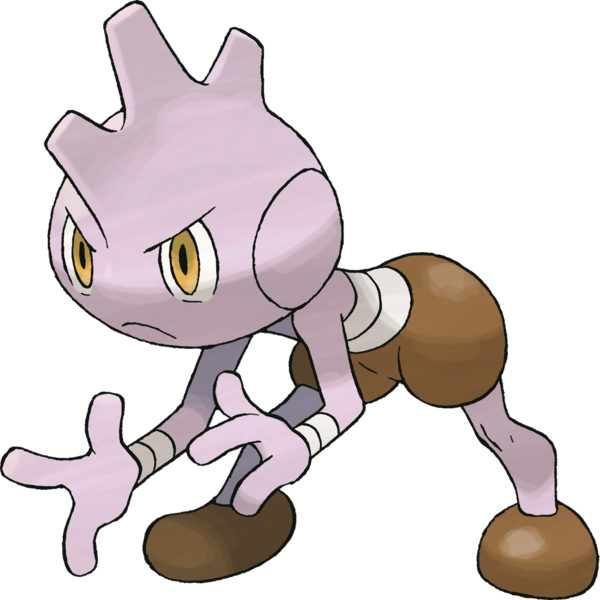 Hitmonlee and Hitmonchan worked pretty well as a a self contained duo, but the second generation decided they should have a "baby" form, which actually doesn't look anything like either pokemon, but it's certainly a cute and novel enough idea. Tyrogue evolves into Hitmonlee if its attack stat is higher and Hitmonchan if its defense stat is higher, which means this fighting type actually evolves to reflect the type of battle training it's been doing. That's so neat! 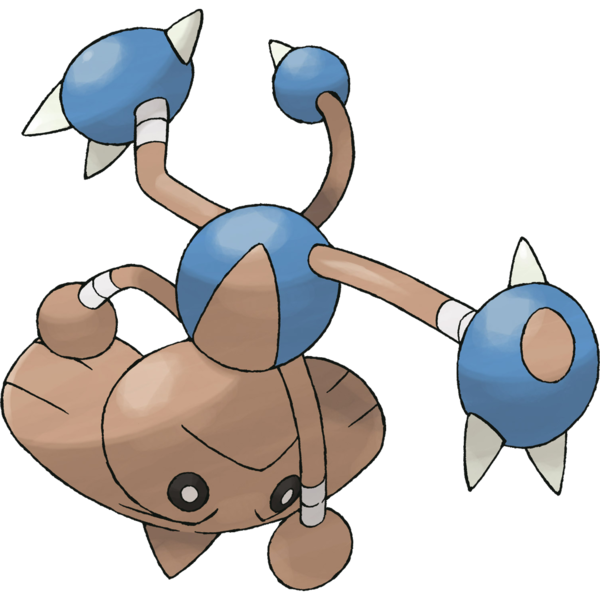 One more "hitmon" was also added in the second generation, and I have mixed feelings about it. The whirling Hitmontop doesn't feel like it follows naturally from the design style of either Lee or Chan, looking significantly less organic for one thing, and "spinning" doesn't really feel like a logical third option between "punching" and "kicking," does it?

I suppose the "spinning" could be a more abstract thing, like, Tyrogue became a spinning monster because it was just so torn between two other choices?

Actually, yeah, let's go with that. I think I really like that! You know, I never even really looked at Hitmontop's pokedex. Does it indicate anything along those lines?

Shouldn't they have reconsidered this wording between that many generations?

Ah, there we go, now it reads a little more like a vague threat.

I'm gonna drop this one down to two so I don't get too enchanted.