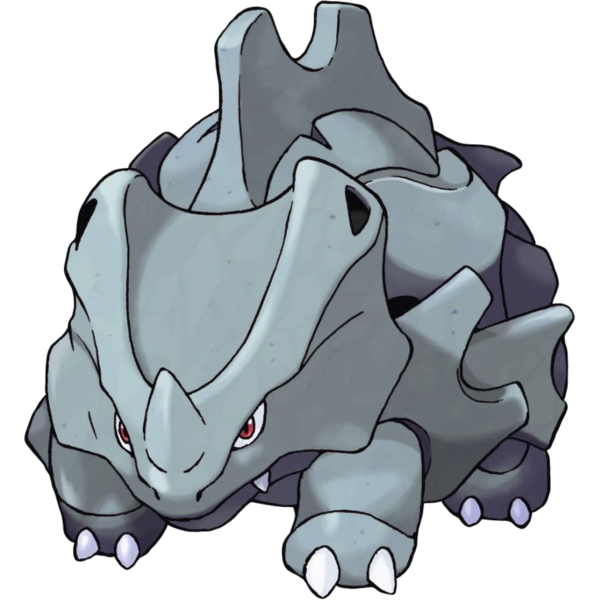 While Rhyhorn is another of those all-too-common ground/rock combinations, it's also one of the single nicest looking designs in the first generation. I mean, look at that thing! Its many contours and angles are remarkably complex by Pokemon standards, but they have such an organic flow and piece together so nicely that you could even believe this stony beast evolved naturally.

Rhyhorn's broad, swept skull is especially cool, not just like an exaggeration of a rhinoceros, but also very much like a ceratopsian dinosaur, and I love the addition of little ear-holes at the far corners of its scoop-shaped cranium. Its that sort of extra, thoughtful anatomical touch that's often missing from some newer pokemon, as cool as many of them may be. 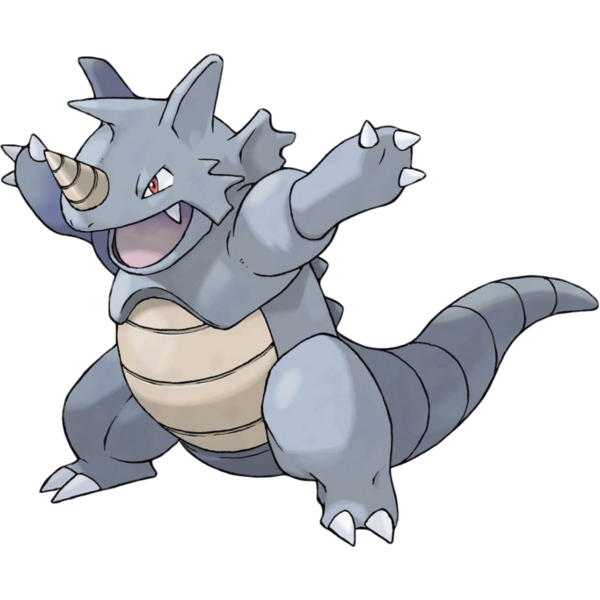 Rhyhorn looks so cool and so nice, in fact, that it's kind of too bad it evolves into Rhydon, losing all that intricate bony plating. Rhydon, however, is plenty cool in itself, and said to have been the very first pokemon ever designed. It's obviously supposed to be a "rhinoceros," of course, but it's also a whole lot more saurian, thanks to its elongated tail and bipedal stance. A rock-skinned rhino-saurus with a drill for a horn just has such a classic "giant monster" feel to it. 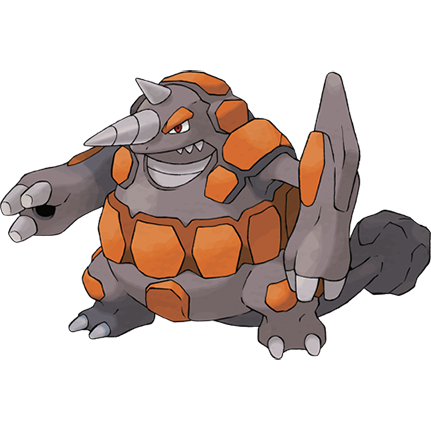 So, like Lickitung and Magneton, Rhydon was given a surprise evolution in Pokemon Diamond and Pearl, and it's somewhat divisive among fans of its predecessor, but once again, I actually like it quite a bit. I like Rhyperior's even more dinosaur-like appearance, its overall chunkiness, its boulder tail, its gun-like arms - which apparently fire stones! - and especially its face. There's something about the narwhal-like quality of its more horizontal drill that I just find exceptionally pleasing, and the whole thing feels even more like it stepped out of an Ultraman episode or a Gamera film.

Of all the stompy prehistoric-looking beasts in this franchise, Rhyperior is probably my favorite, so if I were more into dinosaurs and rock monsters than oozes and parasites, you'd possibly even be looking at one of my overall favorites in the series.

All three of the rhinos have extremely solid designs - literally and creatively - even if they all look like they belong to somewhat different families.