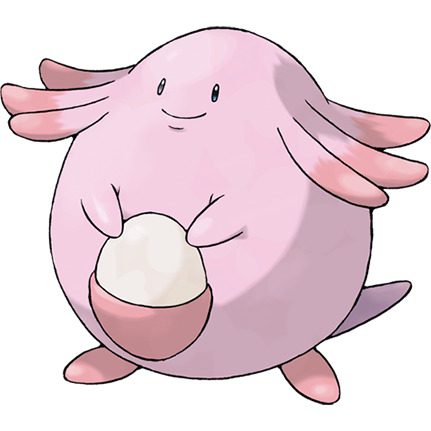 At last we meet the infamous Chansey. A nurturing, motherly pokemon whose obscene amount of health and access to excellent healing moves still make it a terror to contend with on the battlefield. It's the last of the first generation's round, pink normal types in the "fairy" egg group, but for some reason, it's the only one to not be given the actual "Fairy" typing in the sixth generation.

Chansey's claim to fame is the egg it carries around in a specialized pouch, which isn't necessarily its offspring, but an infertile egg it offers as food to other pokemon. At least, I'm assuming it's infertile, otherwise it goes around feeding its own babies to whatever it happens across, and that's a little too hilarious for Pokemon's standards. 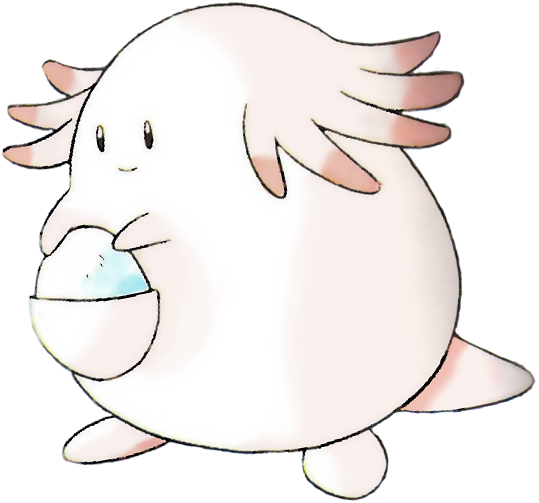 If there's just one thing to critique about Chansey, it's that it isn't half as cute these days as it used to be. The little face on this earlier artwork is so cute it hurts, while the newer Sugimori illustration has a somewhat rubberier, cabbage-patch-doll quality that just looks kind of creepy when you compare them side by side.

If there's just one other thing to critique about Chansey, it's not even anything Chansey can be faulted for, but the simple fact that nobody, including Gamefreak, seems to know what the hell it's supposed to be...despite how obvious it is. 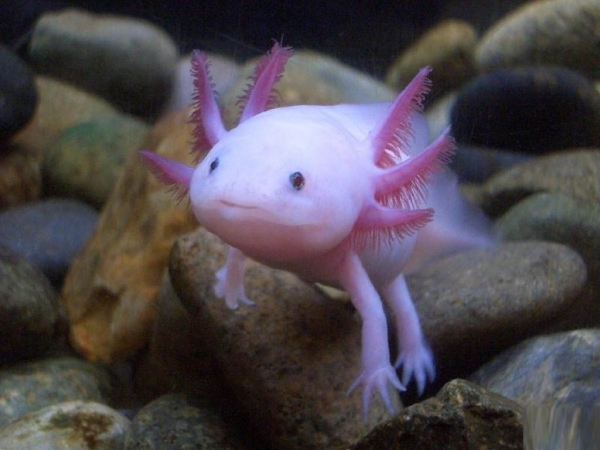 Do I even need to justify a "theory" that Chansey was intended to be an axolotl? Just comparing the two side by side seems pretty cut and dry. The egg theme even ties in with an Axolotl's neoteny - meaning that it technically remains in an immature stage well into adulthood - and axolotls are particularly famous in the scientific world for their ability to regenerate. They're so good at growing back their tissues, we can even transplant their heads easier than any other animal.

If Chansey were just Chansey and didn't mean anything in particular, I'd probably bump it down to three, but as an axolotl mom? Easily a four for me. 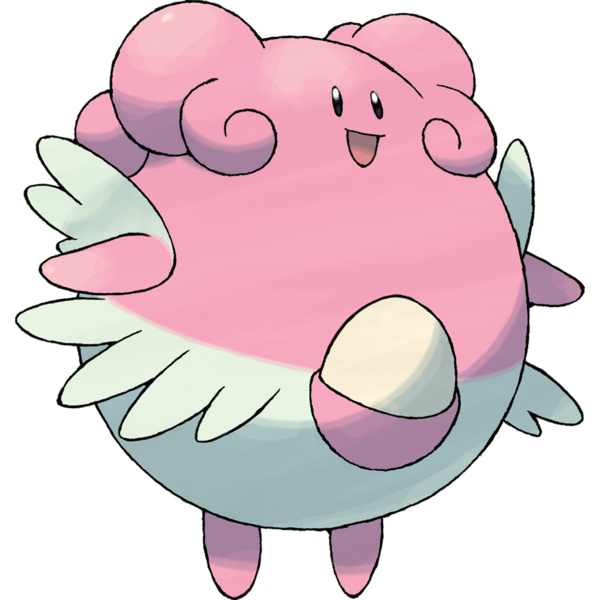 It's with mixed-to-negative feelings, then, that I move on to Blissey, easily one of the least necessary evolutions ever introduced for an existing pocket monster. Dropping any resemblance to an amphibian - even its tail! - Blissey essentially becomes the meaningless, nonsense egg-fairy people used to think Chansey represented, and even in-game, Chansey was already strong enough to hold its own. The only real upside is that the item Eviolite can boost the defenses of any pokemon that has yet to evolve, which now makes Chansey significantly better than Blissey anyway.

Blissey isn't even accidentally axolotl-like and that is a well known type of crime. 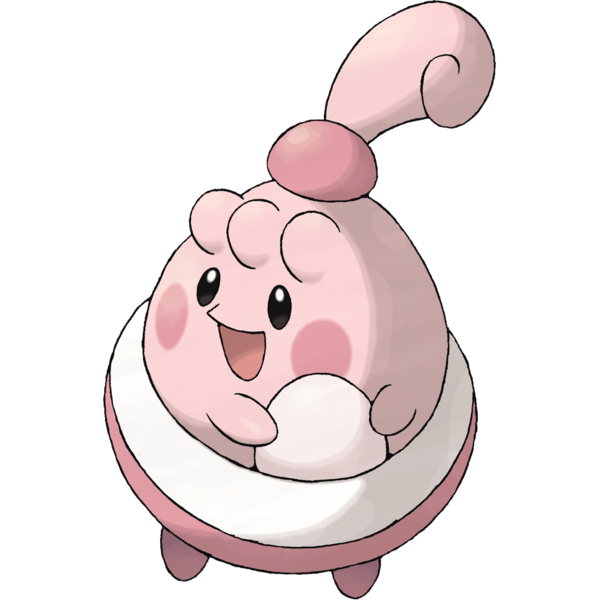 Finally, we come to...this thing. "Happiny." I'm not one of those people who inherently dislikes "baby" pokemon, and it's cute that this thing takes care of a little stone to "practice" until it starts laying eggs, but even if I could set aside the axolotl issue, MAN this thing is ugly. I never even thought twice about Happiny's existence before doing this review, and it's incredibly rare that I use "ugly" to describe anything at all, but...yeesh.

There's something extremely off-putting to me about Happiny's "ponytail," especially the weird knob holding it in place, and artistically it's driving me up the wall how its round body and round stone are still fitting "flush" with its organic...pants?

Anyway, it's horrible. It's a horrible little child head with pants and even that sounds on paper like a better design and concept than Happiny's execution.

What the heck are you anymore?! 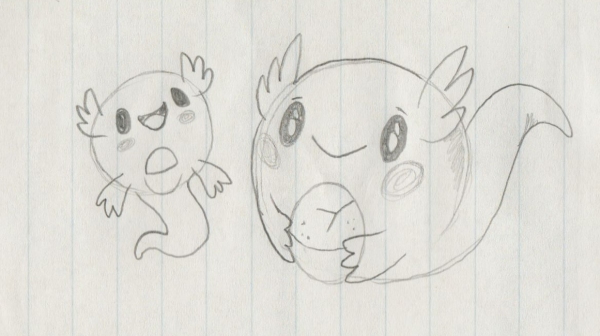 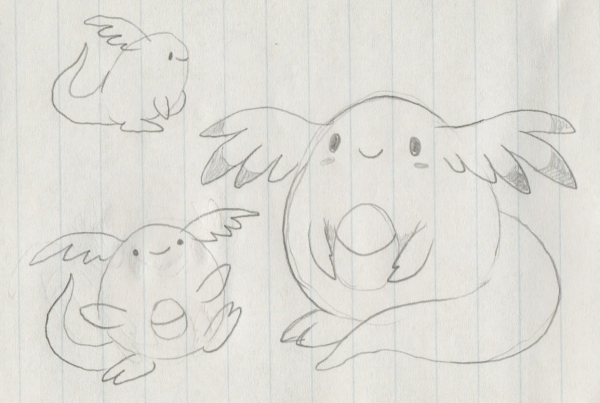 Like I did for mega steelix, here's my rough sketches of how I'd have envisioned a prevo and evo for Chansey, elaborating on its cutest characteristics without scrapping what I liked about it.