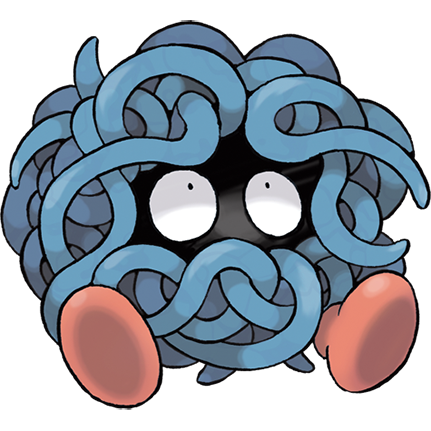 I. LOVE. Tangela. I love anything with cute eyes peeking out of pure blackness, but I especially love when it's also a ball of writhing tendrils with feet.

As a non-evolver of average competitive potency and few anime appearances, Tangela spent years as one of the first generation's more obscure underdogs, one of those pokemon people either loved to death or consistently forgot about. It just felt really special whenever someone's favorite pokemon was sincerely Tangela, out of every other conceivable option, and I don't blame them. Tangela has such a simple, perfect cuteness that almost any alteration could only stand to detract from it. 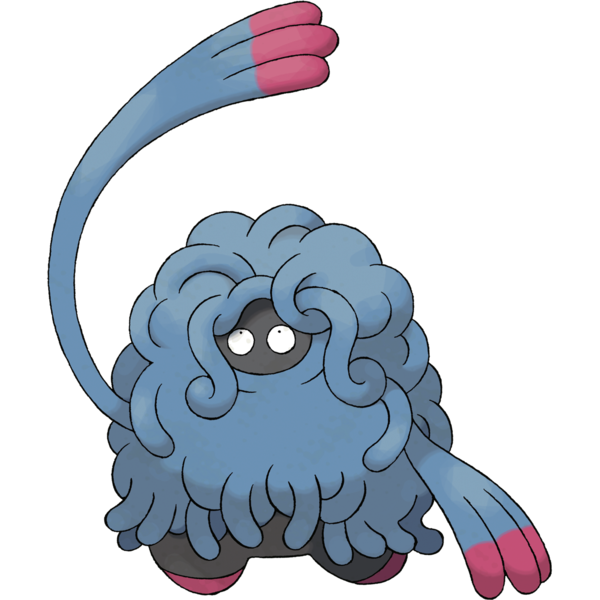 ...Which is precisely why I'm just as big a fan of Tangrowth, a member of the Diamond/Pearl evolution brigade. Fans spent years expecting Tangela to evolve into something more elaborate - like a menacing, thorny monstrosity or even a humanoid with vines for "hair" - but in the end, Tangela pretty much just got bigger, and that's all I think it ever needed to do. The addition of "arms" is the only major anatomical change, and I really like those too. They appear to be a specialized pair of larger, stronger, three-pronged vines, which reminds me very slightly of how a squid or cuttlefish wields a pair of "whips" in addition to its eight shorter arms. 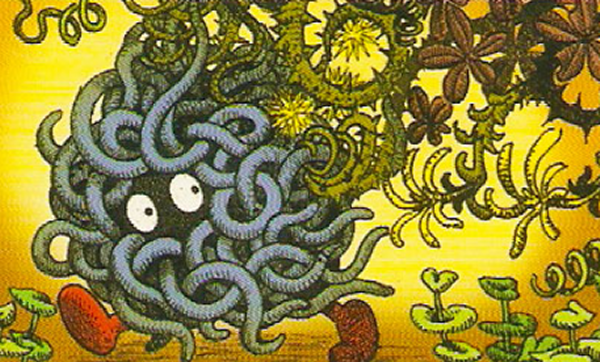 There is, in fact, only one thing I would ever consider changing about these two, and that would be their typing, though only to experiment with the many wonderful ways these designs can be interpreted. Tangela and Tangrowth are ambiguous enough that I'd have never even guessed they were botanical at first glance, and they fit just as easily into myriad other categories. If they were bug or ground type, we could think of them as basically "worm medusas." If they were poison or water types, they could be thought of as walking anemones. Even normal or fighting could have been just as interesting as grass typing, indicating weirdly hairy or tentacle-covered animals. 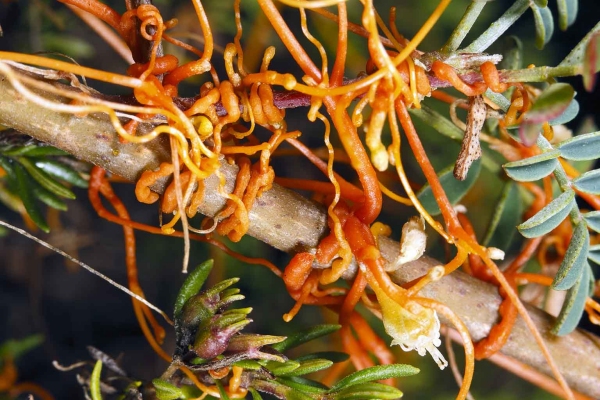 As plants, however, Tangela and Tangrowth are certainly quite interesting, most of all because their standard color scheme is blue and pink, rather than the boringly obvious green. In the real world, any vine with no obvious leaves and no green chlorophyll is usually parasitic, like this gorgeously creepy dodder, and the tangleys certainly make good use of moves like giga drain and the insidious leech seed.

If the pokedex made light of any parasitic habits - as it does for even the Oddish line - I'd love these two even more, but at least there's some mention of carnivorous behavior in Tangrowth's data. It apparently disguises itself as some big, blue bush until unsuspecting prey comes within grasp of its tentacular arms, which is awesome. It's basically a giant, man-eating fry kid. They pretended to be bushes too, actually, they just only ever ate people's french fries. Does Tangrowth like french fries? I bet it does.

Perfect angels with perfect designs that would be perfect for absolutely any concept.

...Though I think I like my worm idea the most of all.