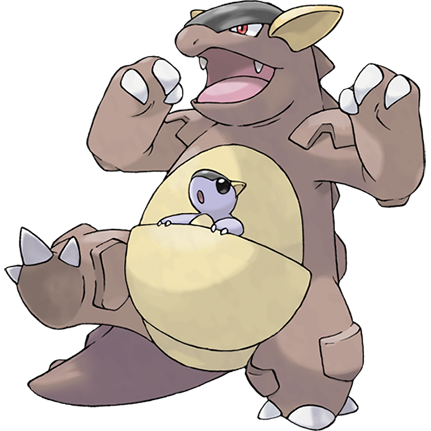 Hot on the heels of Tangela and Chansey comes another pokemon that didn't originally evolve, which was particularly strange considering an "unevolved" design appears to be right there, but we'll talk about that in a moment. First, the design. Kangaskhan is obviously based on a kangaroo, but it's sort of also a kangaroo dinosaur, in a similar vein to the repto-mammaloid Rhydon and Nidorans. It really felt like the first generation sort of revolved around chunky, cartoon dinosaurs as a starting point, and I kinda miss that when I look at some of the newer generations.

Anyway, a lot of Kangaskhan's appeal lies in the fact that every single one of them is a marsupial mom with an adorable little joey riding around in her pouch. If you breed one in the games, you end up with a fully grown mother and her child hatching directly from the same egg, but I feel like we can chalk that up to non-canon play mechanics. So what is going on, here, biologically? 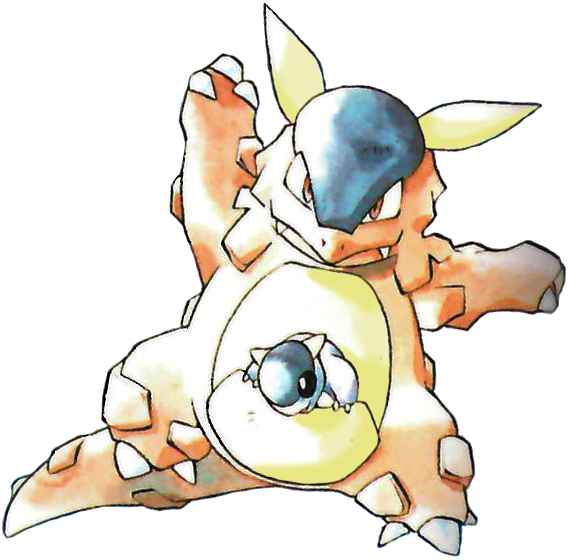 Just as real marsupials practice a different brooding method from us placental mammals, I always figured Kangaskhan was a sort of more "basal" or evolutionarily divergent pokemon that didn't undergo spontaneous evolution at all, but developed the old fashioned way - gradually growing from a baby to an adult.

And like a number of unusual real-world creatures - most of them insects - a Kangaskhan is born already fertilized. By the time it's old enough to fend for itself, a young Kangaskhan would already have a new joey developing in her own pouch, and her mother would have already given birth to her own replacement.

If they're anything like certain scale insects, the sperm for this fertilization could come from self-replicating "parasitic" male cells, but I suppose that's also what Ditto is for. 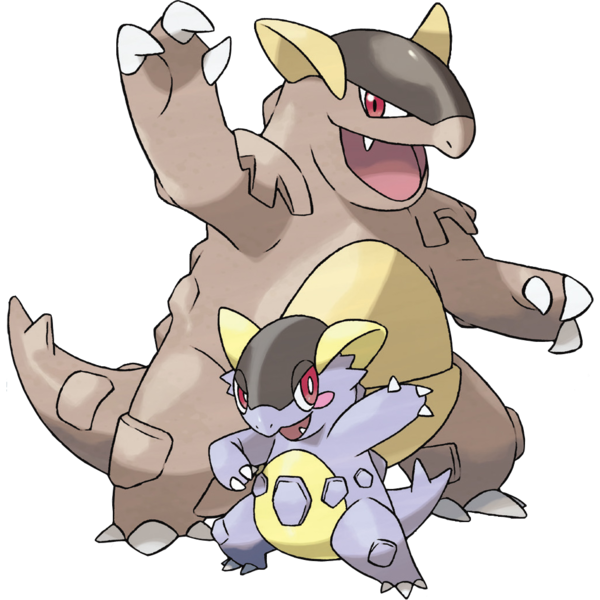 So, after nearly two decades, Kanga was eventually given one of those newfangled mega evolutions, and it might be the most inventive use of the whole concept. Mom doesn't actually change at all, because only the baby is undergoing mega evolution, allowing it to fight by her side! That's so unique, and so freaking adorable. It's also overpowered as heck, since the baby will mirror her mother's offensive moves and effectively add another 50% damage to every attack.

This has the potential to inflict so much pain that it propelled Kangaskhan almost instantly from obscurity to the top of competitive banlists, restricted to the same tiers as the game's toughest legendary monsters.

It's a bittersweet reward for Kangaskhan fans, but it's all too cute that this mother/child duo started kicking so much ass together.