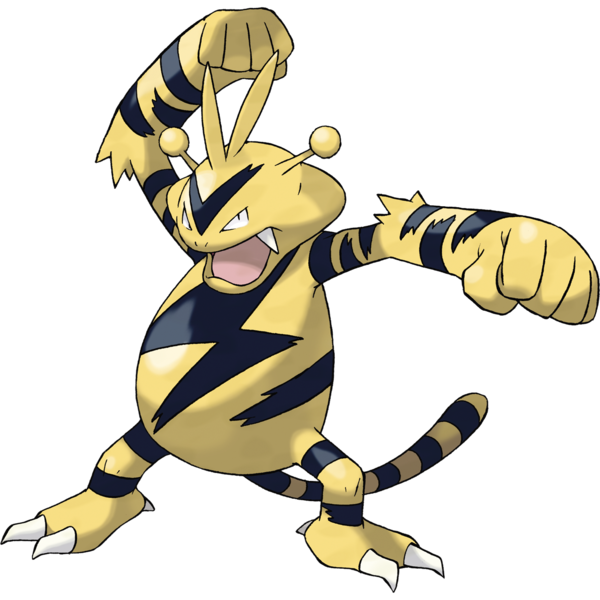 I've spoken before of how cool it is when a pokemon looks like nothing other than a bona-fide monster, and few do a better job of it in the first generation than Electabuzz and its upcoming fire-type companion, Magmar. It honestly kind of felt like the two were meant to form a sort of trio with Jynx, each a nondescript "oni" of sorts with a different elemental theme.

Electabuzz is almost a little cat-like, but it's also sort of ape-like, and it has those weird electrode-like antennae on its head. It really is just a hairy, electrical beast-man. 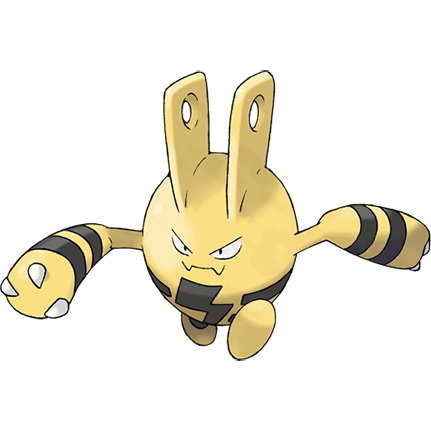 Electabuzz's second-gen "baby," Elekid, comes right after Smoochum in the pokedex, a rotten little goblin with headgear adorably modeled after an electrical plug. I always wondered how many kids had an Elekid figure they attempted to actually plug into a wall...or did they make sure to always sculpt the horns too thick for that? It actually looks like the oldest figure has realistically thin ones and all subsequent figures made them a lot blockier, so, my guess is probably correct and somebody probably learned the hard way. 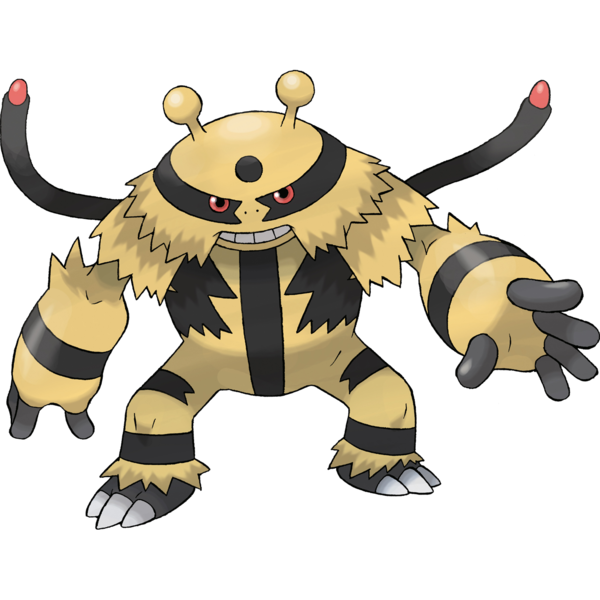 In Diamond and Pearl, Electabuzz was graced with an evolved form, Electivire, and you're probably not surprised by now that I really like it. I feel this thing really keeps to the spirit of the line and just looks generally cool, with its shaggier, burlier body and its dual power-cable tails. At least, we all hope those are tails, because those knobby, red tips on them feel at least a little suspect. Keep those to yourself, Electivire! 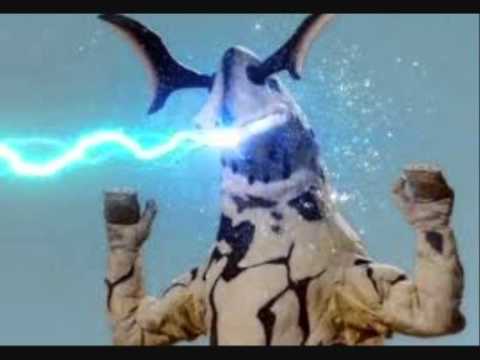 As a whole, I always thought of this line as pokemon's equivalent to the Ultraman monster, Eleking, and not just because of the color schemes and electrical powers. While Eleking is a much weirder, more alien beast, the principle is basically the same: a monster themed entirely around its electricity-based powers, rather than a case of electricity powers applied to a particular animal.

They're like, troll men that electrocute you I guess? Pretty neat-o!