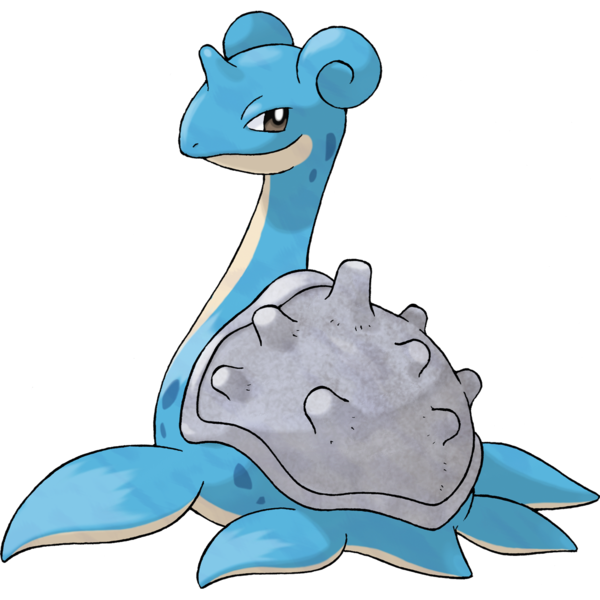 Lapras, for the time being, is basically our last member of the first generation's loser club, together with Tauros and Farfetch'd. It's never been given an additional evolutionary stage and it's relegated to the lowest metagame competitive tiers. Poor Lapras. It seemed like such a special pokemon back in the day, a rare sea beast not just themed around a plesiosaur, but seemingly around the idea of the Loch Ness monster being a plesiosaur, its pokedex even indicating that humans have hunted it to near extinction.

With its shelled back, however, Lapras also seems to be some sort of sea turtle; a Testudine whose long neck gives it the impression of a plesiosaur. This kind of hybridization is honestly my favorite way for pokemon to represent a real animal, and I wish it happened even more. Other than that, though, there isn't a whole lot I can say about Lapras.