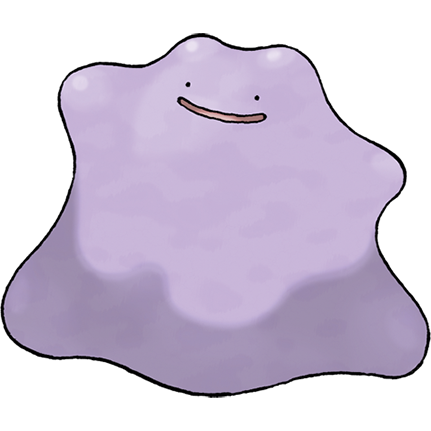 Who doesn't appreciate Ditto on some level? It's a plain little glob with an adorably simple, dopey face and only one battle move, transform, allowing it to morph into a duplicate of its opponent. As of Generation V, Ditto can alternatively transform via its hidden ability, Imposter, which is actually the far superior option; using "transform" costs a turn and only copies the opponent's moves, ability and appearance. "Imposter" instantly transforms Ditto as soon as it's sent into battle, and even copies the enemy stats.

Ditto's usefulness in battle is still somewhat limited, however; it can't copy an opponent's HP total, its own is critically low and any move it copies can be used only five times. Only with the speed-boosting Choice Scarf item does Ditto see competitive use, but it can launch a great counterstrike in the right hands. 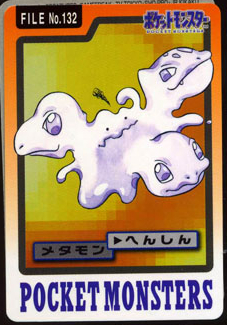 Combat is not, however, Ditto's strong point in the game. Ditto has the ability to breed with any pokemon capable of reproduction, always functioning as the opposite sex of its partner. This is often the only way to acquire more of a rare enough pokemon, and can even be used to replicate genderless creatures such as Magnemite or Voltorb.

How often must this even happen in the wild? How many species are sustained almost entirely by Ditto? Do these other pokemon know that's what they're mating with? Do they care?

It's already weird that a pokemon's father can be such a wildly different species, but it's even weirder that a pokemon's mother can be a Ditto. Ditto can perfectly gestate an entirely different species in its body, apparently carrying no Ditto characteristics whatsoever. Does it ever do this to humans? Are there PEOPLE who find out their mom was just a Ditto? Has a Ditto ever wound up having to raise a human baby out in the wild?

You are darling, Ditto, but you also kinda scare me and you raise a lot of unsettling ethical questions I'm not sure I really needed in pokemon.