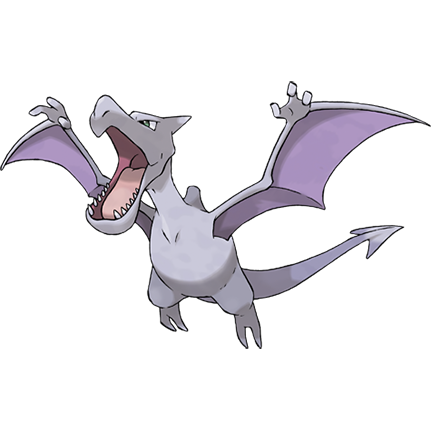 While players back in the day had to choose between Omanyte and Kabuto, we were all permitted an additional fossil, the old amber, which somehow contained the genetic information for a giant, monstrous pterosaur. That was either one heck of a lot of tree sap, or it's a Jurassic Park reference, implying we may have extracted Aerodactyl blood from a non-pokemon mosquito.

This rock/flying is amazingly tough for a non-evolving pokemon, and it looks the part, not so much like a pterosaur as some kind of terrifying wyvern, and either way it's an excellent addition to any dragon-themed team that doesn't want to limit itself exclusively to actual dragon types. I love that huge, toothy underbite, and I love its weird little three-fingered hands. Except for the apparent "thumbs," those are surprisingly accurate pterosaur wings. 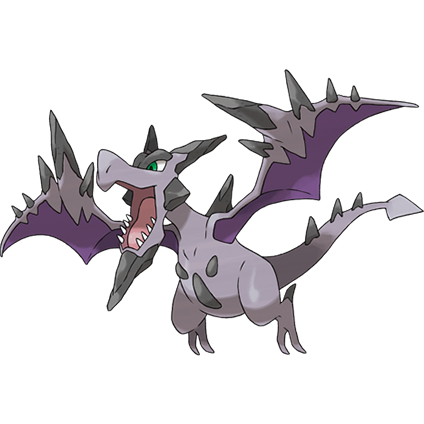 Then there's Mega Aerodactyl, which is interesting, because it basically re-emphasizes that this creature is partially rock type. Stones are basically erupting from its body like malignant overgrowth, and the rocky chin-spike looks especially formidable. I'm not sure how this thing is supposed to stay in the air with stalagmites growing out of its wings, but whatever, it's a pokemon. Only the stony bits on its stomach feel like one detail too many; not too bad at all for a mega.