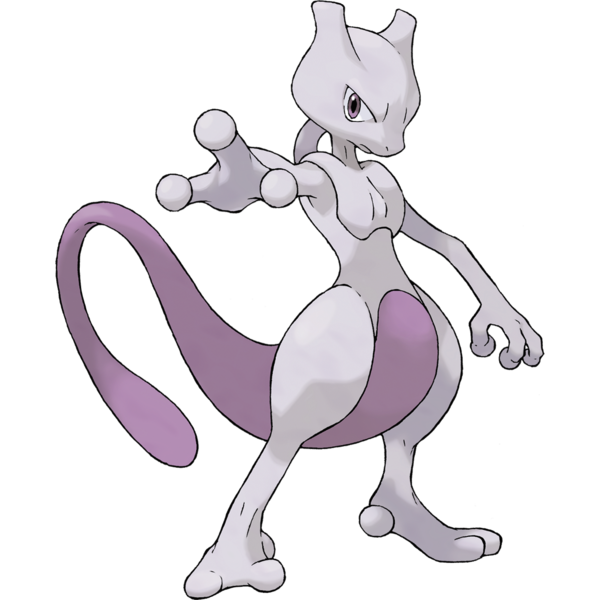 We finally arrive at pokemon #150, once presented to us as though it were the very last pokemon in the dex, though it wasn't long before we knew better. Between its legendary nature, the highest stats in the original generation and distinctively "shonen manga villain" aesthetic, Mewtwo was wildly, wildly popular with kids, and still feels to this day like a pocket monster of exceptional status.

Even Mewtwo's story is still cool; it's a failed clone of the true "ultimate" pokemon, Mew, genetically altered to be a destructive weapon. That's pretty dark, and the anime really played up Mewtwo as an anguished antihero, a loner who sees itself as an abomination destined to destroy the corrupt human race.

Basically, the exact same personality every ten year old already projected on it. Unfortunately, Mewtwo is one of those pokemon whose design, in my opinion, has severely degraded since its origins. Look at how utterly alien and menacing it looks in these older Sugimori illustrations. This immediately communicates some sort of blasphemous, telepathic bioweapon that resents its own existence. I'd all but forgotten how big its head used to be, how gnarly and fleshy its contours and details. This was cast aside pretty fast with its first anime appearance, which shrunk the head, lengthened the arms arms and softened it all out into the cleaner, healthier, plainer design we have now.

At least it still has alien frog fingers, a tail like a giant sperm and that creepy tube on the back of its head.

All I have left to add about original-flavor Mewtwo? When I first saw it, I didn't even know it was "legendary" or special in any way, and I thought it was just supposed to be a really large, intimidating salamander with a name pronounced like "mute-woah." I'm still inclined to see it as a slimy-skinned, more amphibian or reptilian creature than the "cat" so many other people apparently view it as. Mewtwo is totally more of a mutant dinosaur embryo, come on. 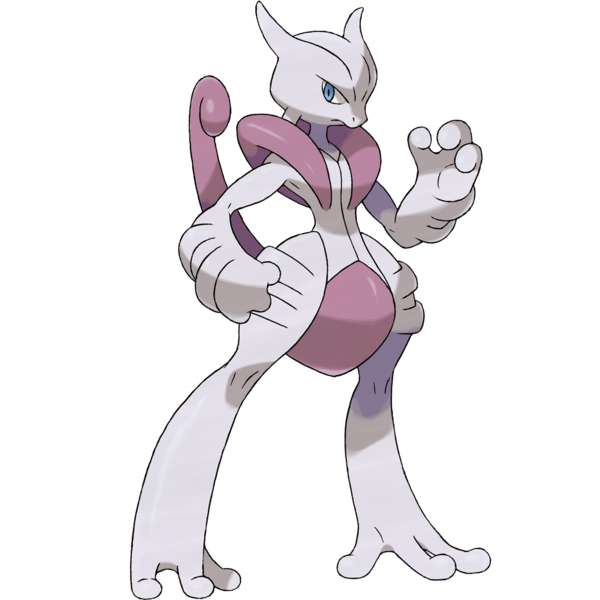 Anywho, it seems only fitting that Mewtwo would be given two mega evolutions in X and Y, much like Charizard, though Mega Mewtwo X doesn't feel like much of an elaboration on Mewtwo itself. I like the longer, even salamandierer legs, but beyond that, Mewtwo X is just sort of a pointier-eared Mewtwo with purple shoulder pads. Meh. It feels kind of unnecessary compared to its significantly more striking counterpart: 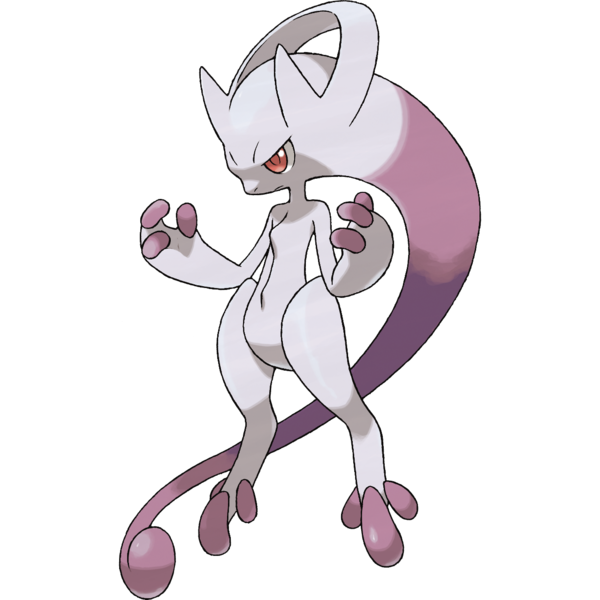 Now we're talking. Its angles are still a little clean for my tastes, but Mega Mewtwo Y almost hearkens right back to those older, bigger-headed fetus Mewtwos, with a tinier body and psychic power so intense that it's almost constantly floating. The best part is probably the tail moving up to the back of its skull, which makes it look even more like some otherworldly mutant, or I guess like the unholy science experiment it's actually supposed to be.

I also appreciate that it's so much tinier than regular Mewtwo. It's as if it's trying to evolve back towards Mew.

While not personally favorites among pokemon as a whole, I can't NOT give Mewtwo a five-ball rating. It's freaking Mewtwo.