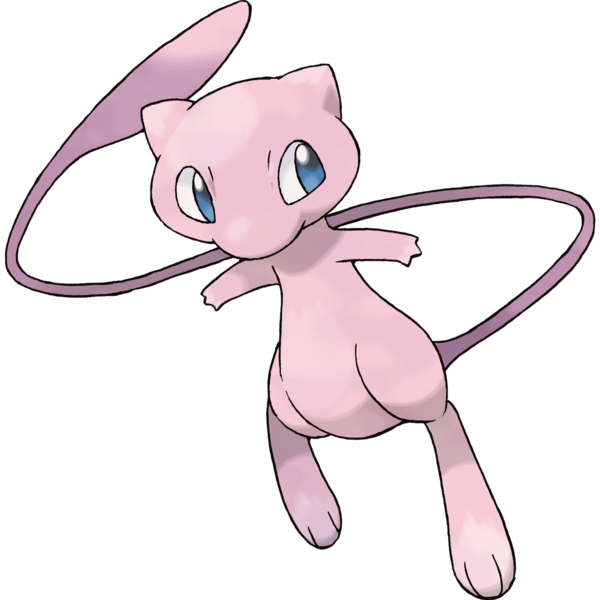 This is it. The very, very last pokemon in the original generation. Pokemon 151, the infuriatingly elusive Mew. Actually conceived and programmed extremely last-minute, Mew was created simply so the original games would have at least one "secret" pokemon, distributed only through special public events and not technically obtainable in the game without cheating.

This didn't stop early players from believing Mew was obtainable, and the number of theories, rumors and hoaxes was downright astronomical. So much so, I haven't even the energy to get into any of it, suffice to say the only ones that "work" still aren't official, but essentially use an elaborate string of actions to befuddle the game's programming. 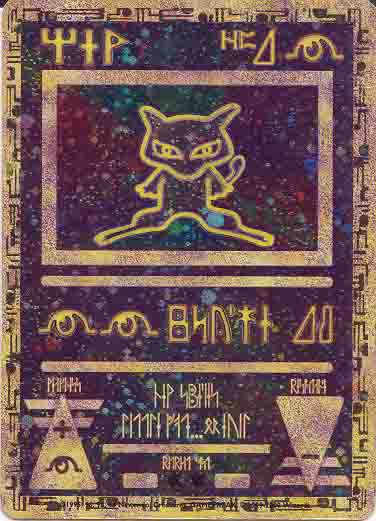 So what about this thing was so darn special, anyway? Supposedly, Mew was in fact the progenitor pokemon, the most ancient of them all, containing all the necessary genetic information to produce every other known pokemon. This would be sort of contradicted by new legendaries later on, but for a while, it seemed more or less canon that creatures as diverse as Voltorb, Tentacruel, Butterfree and Tangela were all somehow, in some way, just a bunch of really freaky, mutant subspecies of Mew.

The most interesting thing about Mew, however, might be its disturbing relationship to Mewtwo. The pokedex called Mewtwo "the result of horrific gene-splicing experiments," while diary entries in an abandoned mansion asserted that Mew gave birth to Mewtwo. These aren't contradictory statements if you look at how real-world cloning actually works. Humans would have had to have captured Mew, experimented with its DNA, and used it as an incubator for its own unnatural, super-enhanced monster offspring. That's just about the only thing darker than actually being Mewtwo, isn't it?

We've seen pokemon games in which the whole world was nearly destroyed, sure, but forcing Mew to gestate a biological weapon might be the heaviest, most human kind of evil I think these games have ever alluded to. It's exactly the sort of thing we would do if we discovered any animal with psychic powers, honestly.

There's also a pretty solid fan theory that Ditto is a failed attempt at cloning Mew. Ditto is found on Cinnabar island, the same location where Mewtwo was created, Ditto and Mew are both exactly 8.8 pounds according to the pokedex, their color palettes are identical, both pokemon are said to contain the DNA of all other pokemon, both pokemon learn the ability "Transform," and Mewtwo is described as the first successful clone of Mew, which means there had to be a few failures.

Failures which couldn't even develop past a blob of undifferentiated stem cells, apparently. I really like this theory, and I kinda hope some day there might be a more definite, official shout-out to it. 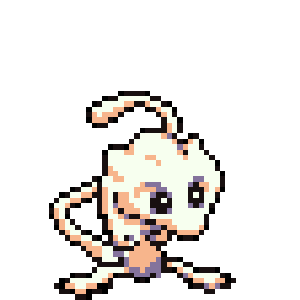 So, how about the design of Mew itself? I obviously enjoyed that time Mew looked like a slightly mushed dog fetus, but that was already completely off-model from its official art, so this isn't one of those cases where I get to complain about how they've changed something.

Mew very much looks the part of an innocent little creature Mewtwo was distorted from, and it has a very basic, raw sort of cuteness almost anybody can find agreeable. It's not a groundbreaking design, but it wasn't meant to be; its simplicity works pretty well with its concept as the "original" pokemon, and I can see why people fell in love with it so hard, even aside from its secretive nature.

Another pokemon that isn't one of my personal top favorites, but it's SO important to the series that I have to give it a five.