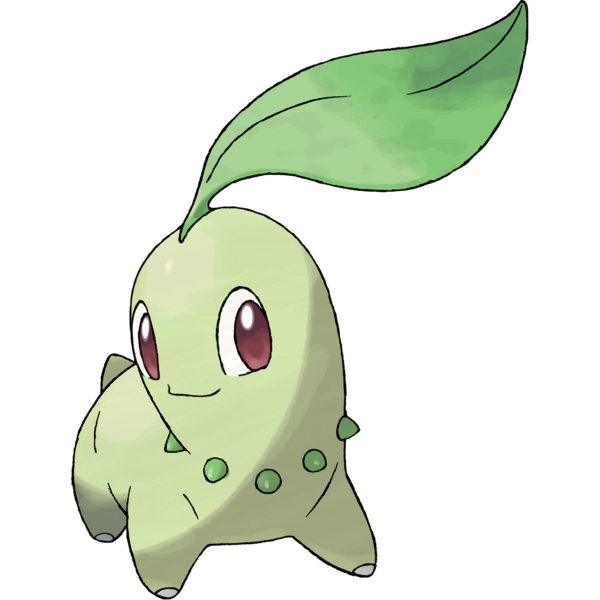 The second generation begins! Long before we had any solid confirmation, we all knew in our hearts that there would one day be additional, brand new pokemon, even if an awful lot of Pokemon's promotional materials treated the "150" as some sort of magic, be-all number, and the first official pokedex expansion felt like a very big deal.

Just as before and just as every generation since, the very first new monster in the dex would be the grass-type started of the new games, Chikorita.

I always had mixed feelings about this thing. It's strange and it's cute, but it doesn't quite carry the punch of Bulbasaur. It just feels a little plain in comparison. Chikorita's theme is pretty fun, though; it's basically a spicy herb, and I'm pretty sure the design is supposed to invoke a big green pepper.

Chikorita promptly evolves into what resembles a sauropod dinosaur, which was definitely something missing from the first generation. At this stage, it's said to emit a "spicy" aroma from the leaves around its neck. 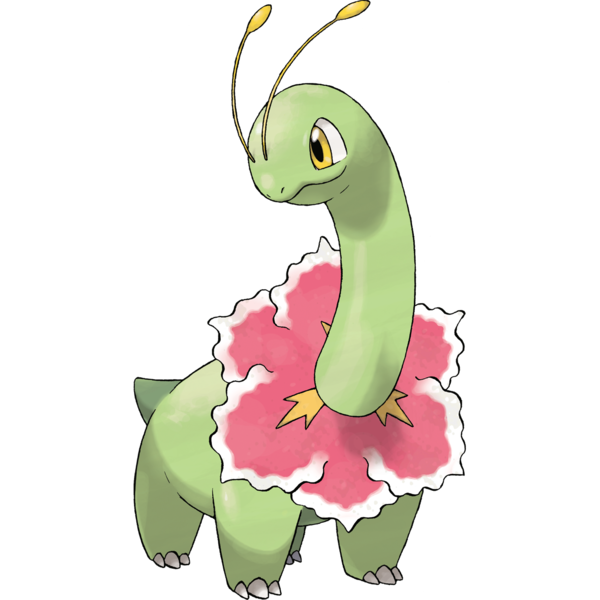 Finally, we get Meganium, which swaps the ring of leaves for a neck frill of flower petals and the single head-leaf for a pair of antennae. Altogether, kind of a simplistic design compared to the fully evolved starters we're accustomed to - and those that come later - but I really like how much of the soft cuteness it retains from its unevolved forms. This is one of the very few starters that doesn't go full rampaging beast in its final stage.

Maybe not as cool as Venusaur, but it offers something different. I never thought much about it in the past, but now that I'm reviewing it, I really like this sweet, docile flowersaurus.