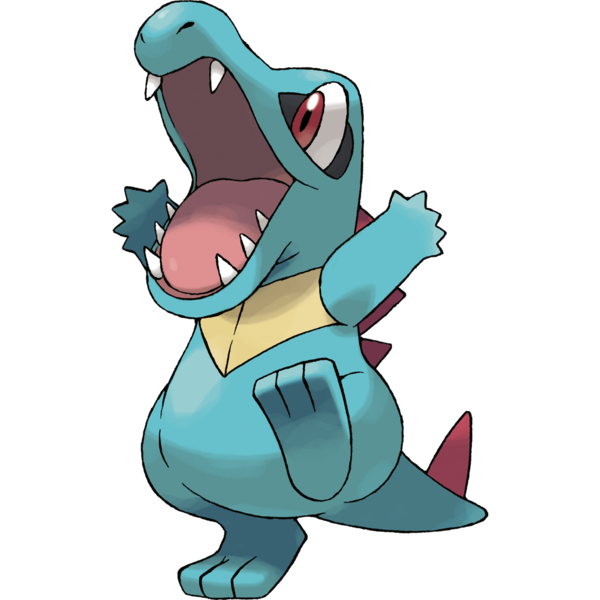 Now THAT'S more like it! Neither the Chikorita nor Cyndaquil lines leave that much better impressions on me than Bulbasaur or Charmander's evolutionary lines, but I have to say I like Totodile a whole lot more than Squirtle. Crocodilians are innately lovable animals and this ecstatically happy little baby snapper is all too darling. About the only thing I can critique is that yellow vest-like area on its upper chest, which just feels a little incongruous. It might have looked better if these pale, yellow scales continued down Totodile's belly and tail, like the real animal.

My favorite feature of Totodile, on the other hand, are its eyes. I just love those oblong eyeballs sticking out of its sockets; what a cool interpretation of a crocodilian's actual bugged-out peepers! 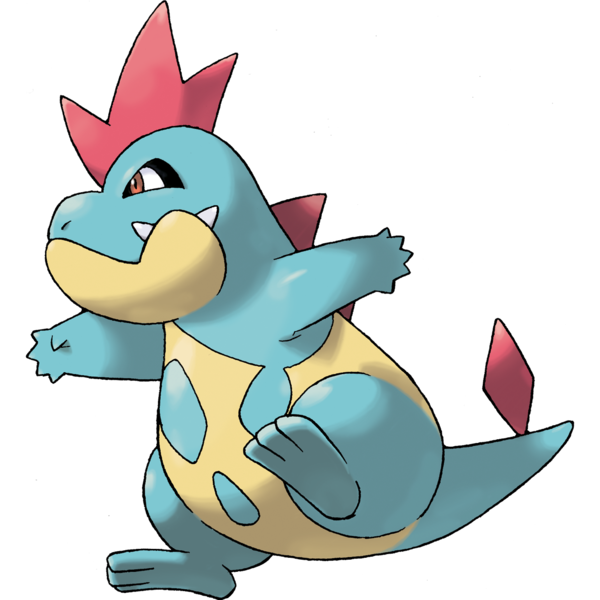 As usual, our middle evolution feels a little awkward and doesn't have a lot of fans, but I respect anyone who loves Croconaw the most of the three. The shape of its mouth and arrangement of teeth are really interesting, and those odd, yellow scales look a whole lot better now that they've been expanded into what basically resembles a "caveman" outfit. Neat! this is overall one of the most cartoonishly prehistoric-looking pokemon out there. 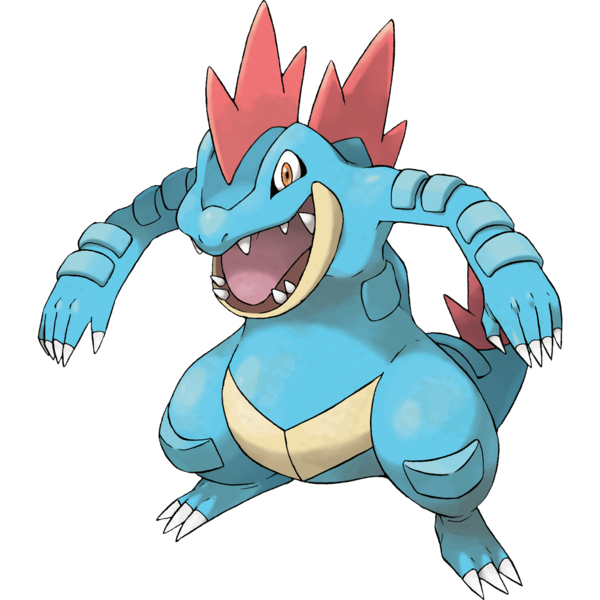 Last but not least, we come to Feraligatr, a pokemon whose name is a terrible casualty of the ten-character limit, but at least it tried.

Feraligatr's design is somewhat of a mixed bag. I enjoy its overall shape, the kind of bizarre hunch I'd expect from a huge crocodilian adopting an upright stance, its face has a pleasing structure that calls back more to Totodile, and its back spines are blatantly intended to resemble the iconic, spiny back plates of Godzilla. Another second-gen pokemon, Tyranitar, bears an even closer resemblance to the famous kaiju, but of the two, I've always taken Feraligatr as the go-to 'zilla of Pokemon. It's even a water type!

My only problem, as you might have predicted, is with those yellow scales again. They've moved down to the belly, where I guess they're now supposed to look like, I don't know, underwear? It just looks off. Again, it would have looked a lot better for the whole stomach and chest to be scaled like that.

The rectangular scales on the arms, legs and sides also look a little funky. I get they represent actual alligator scales, but they're just a tad too busy.

Even with some awkward design choices, Feraligatr is one of my favorite final water starters, and a big, snappy gator was an animal sorely missing from the series.