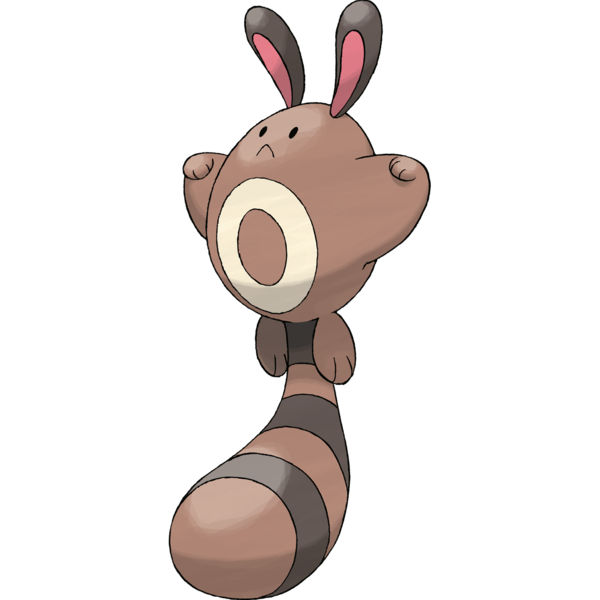 With the starters out of the way, we've officially begun the journey through the Johto region, and our first catchable pokemon fills the same role as good old Ratatta; a very small, very common, normal-type woodland mammal.

Many interpret Sentret as basically a "flying squirrel," but its Japanese name, Otachi, more or less means "tail weasel." Looking neither squirrel-like nor weasel-like, I feel as though Sentret is one of those designs ala Snorlax or Slowpoke, occupying a realistic ecological niche without directly representing any specific creature. 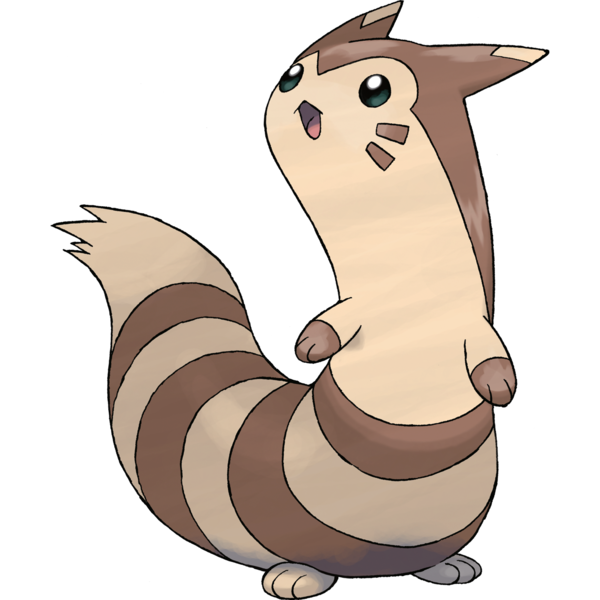 Everything changes when Sentret evolves into Furret, which does just look exactly like some sort of ferret, weasel or other musetelid, the design so totally different that the two seem unrelated. What happened to Sentret's little glider-like membranes? What happened to standing up on its tail? I feel like you could actually switch their two designs around and it'd work a little better. Furret is nice, sure, but Sentret has a more "Studio Ghibli" look to it, a more fanciful creature I'd have expected to be either an unrelated line or an evolution.

Furret is at least a very nice design for what it is, and it's remarkably HUGE. Six feet long, apparently.

They don't make a lot of sense, but they're alright.