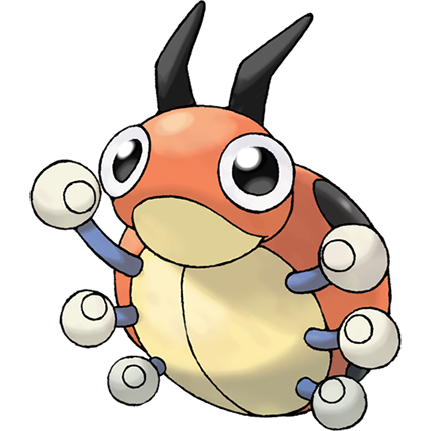 The first generation gave us two options for low-level, early-game bug types in Caterpie and Weedle, while the second generation gives us Ledyba and tomorrow's Spinarak. Unlike the previous bugs, these lines are only two stages each, and have no "larval" or "pupal" forms, which is kind of a shame, especially since ladybugs, being beetles, actually do have a larval stage. It's a pretty nice one. You should google it.

Ledyba is cute enough, though, for what it is. It's got a lovably dorky face and silly little boxing-gloves arms. 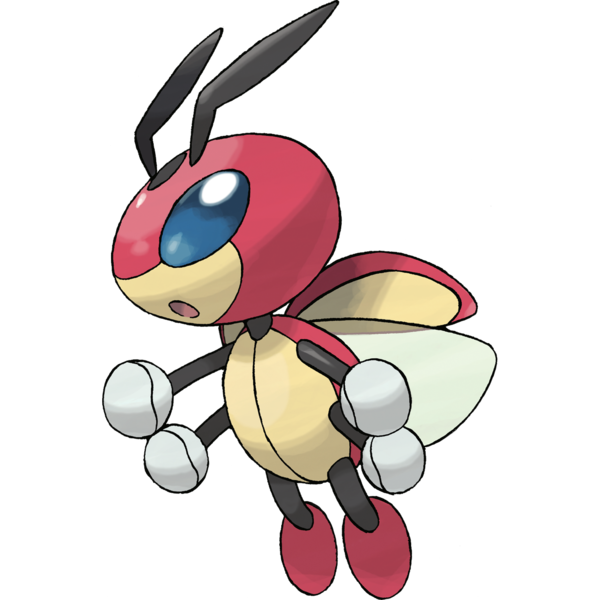 The fully evolved "Ledian" is QUITE a bit different from Ledyba, but not in a bad way. The solid, shiny blue eyes are at least a lot more insect-like, and it basically looks a whole lot like a little baby tokusatsu hero, which was probably the whole intention. You'd almost never guess it was a savage, unstoppable predator. I mean, I'm assuming, since that's what a ladybug is. I guess it's never really come up that Ledyba and Ledian should logically crave the flesh and chitin of their fellow bug types. If Shuckle is a scale insect like I've always suspected, it'd be the staple diet of these two cuties.

Decent bug types, if easy to forget about.