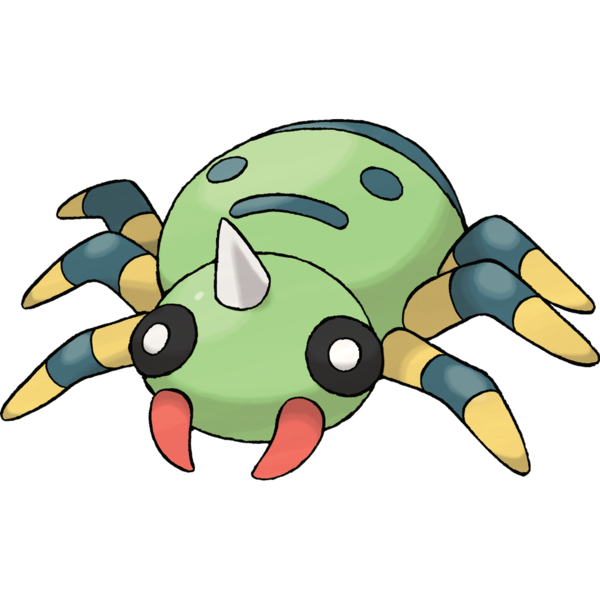 Obviously the superior choice over Ledyba, Spinarak is the spider monster Pokemon was so sorely missing from its first wave, and it's a very pleasing little design even if it inexplicably possesses only six legs. The shiny black eyes are adorable, the face-like markings on its back are way cool, and it even has the unique move spiderweb, which prevents opponents from escaping or switching out!

Spinarak also represents the game's third bug/poison line, which is always welcome, even if it's not especially powerful. 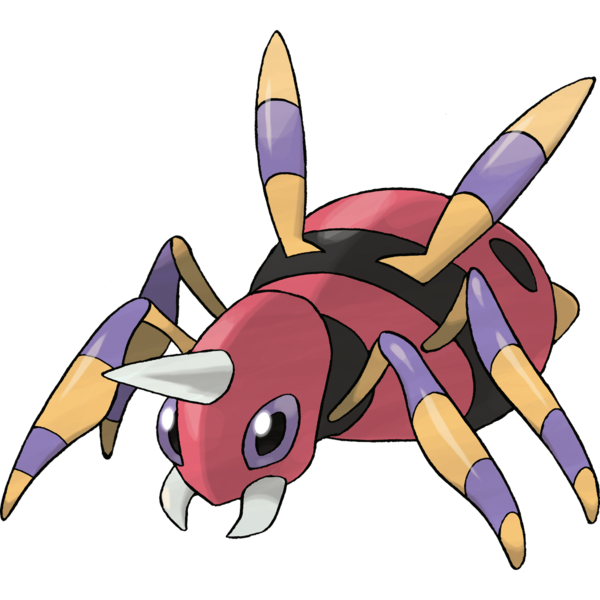 Spinarak takes a pretty interesting turn when it evolves. Ariados actually doesn't look much like a spider at all, but more like some sort of Hymenopteran, like a velvet ant or some other flightless wasp. The fact that one pair of legs move to its back is quite strange, and from behind, it basically looks like some sort of weird bunny head with stripey ears.

I seem to recall some old battle animations that even had Ariados flipping over and standing on those legs. According to the pokedex, it can produce webbing from both ends of its body, so what we basically have here is a spider that evolved to attack in all directions at once.

Overall, a very cool looking, menacing and quite colorful arachnid.

Not amazing, but these two deserve a little appreciation, and get an extra half-ball for being pokemon's first arachnida.