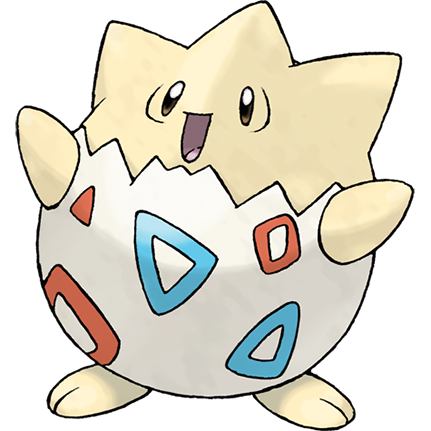 While Chikorita is the first pokemon in the Johto pokedex, Togepi was the first new pokemon we were ever formally shown, hatching from a mysterious egg in the anime to great fanfare. A normal type until it was retconned into fairy, there's still definitely something about Togepi that feels sort of special, after we spent so many episodes building up to its debut and it basically supplanted Pikachu as the go-to cute mascot of the show. I can take or leave its design, however, basically a Chansey-like egg creature with a spiky crown for a head. 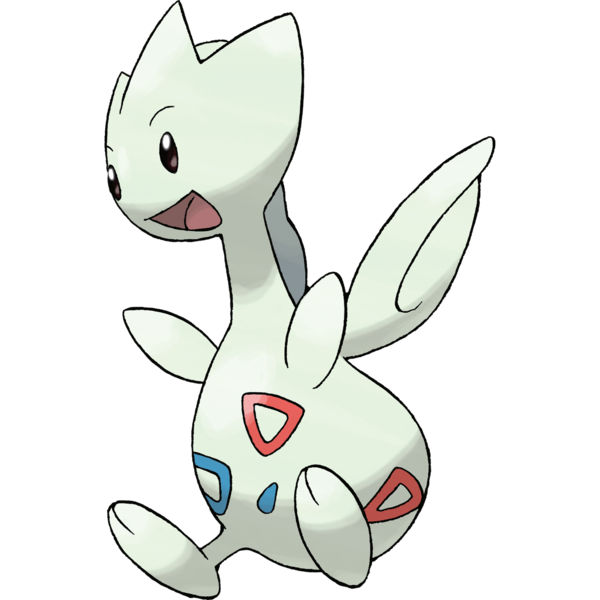 Togepi's evolution, Togetic, is even more ambiguous and difficult to describe, but not in any particularly interesting way. It's just some sort of nonsense fairy creature, and once again, it feels like they hastily modeled an evolution around a more unique idea they started with. Togetic's problem is that it just doesn't really communicate an idea. 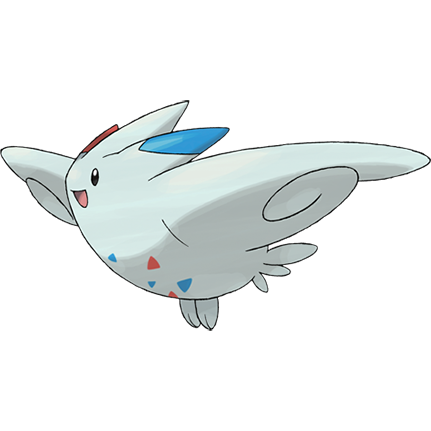 The same is true of Togekiss, the flying type evolution Togetic received years later, in the fourth generation, though it's at least pretty cute, even if its design is nothing more than a pudgy bird without any beak. It has a nicer shape to it, I kinda like it as an egg-shaped bird thing, though Togetic felt more like it was evolving towards a more bug-like fairy, didn't it? Wouldn't have expected little fly wings to morph into fully feathered ones.

*Shrug.* I dunno what these things are. They don't bother me, they don't wow me. They're cute I guess.