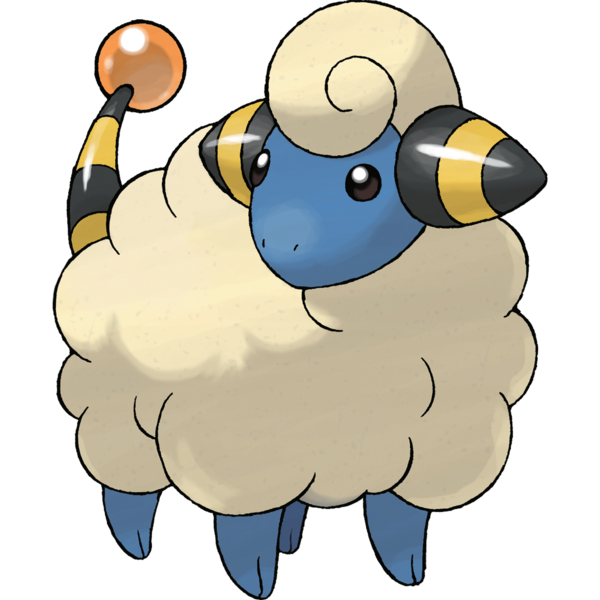 I'm glad the only sheep pokemon is an electric type, whether or not it was intended as a literary reference, though knowing Japan's relationship with Western science fiction, I'm almost positive it was. Both its Japanese and English names are combinations of "Mary" and "sheep," as in "Mary Had a Little Lamb," but the English version is ingeniously an anagram of ampere, a unit of electricity!

Anyway, I like how this little lamb is stylized. The face is cute and simple without being animefied, and the ears and tail are pretty cool looking, nicely giving it that "electrical monster" feel. 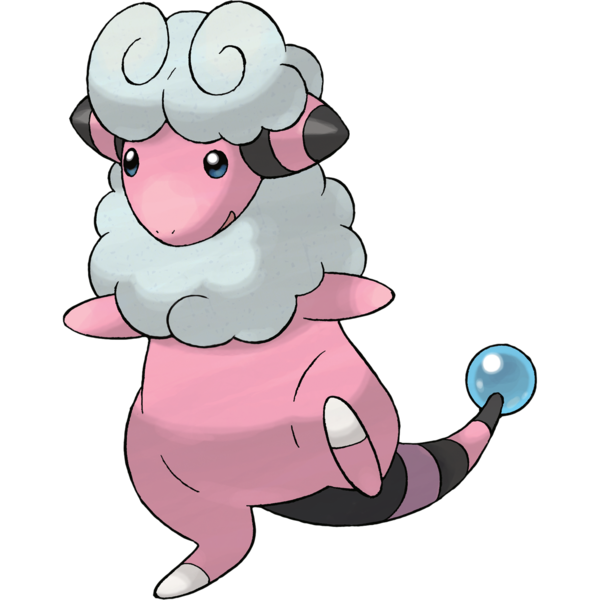 Mareep evolves into Flaaffy by basically standing up, changing color and losing some of its wool. Acceptable I suppose, but the loss of the black and yellow accoutrements is too bad. 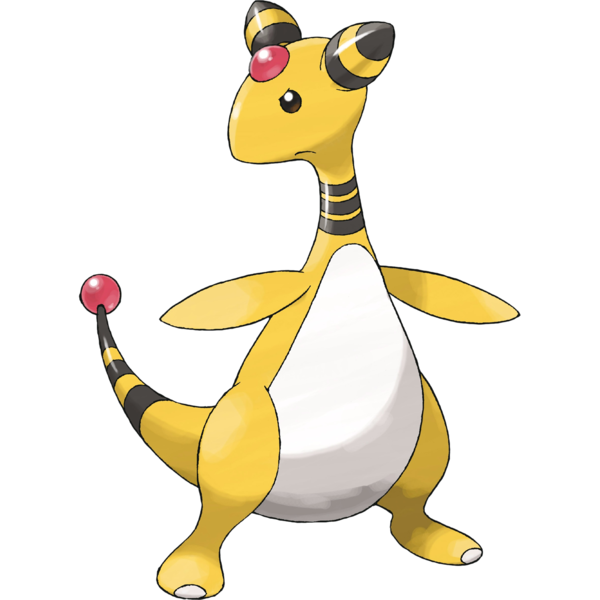 The electrical color scheme is thankfully regained when Flaaffy evolves into Ampharos, which hilariously loses all of its wool. You wouldn't even know it was supposed to be a sheep if it hadn't just evolved from one, looking almost more like some sort of flippered dragon, but the concept is great. You just wouldn't expect a sheared sheep for the end of this evolutionary line.

Ampharos's tall stance, forehead gem and yellow stripes also rather interestingly alludes to a lighthouse, which is even the meaning of "pharos," though its Japanese name, Denryu, just refers to electrical current. 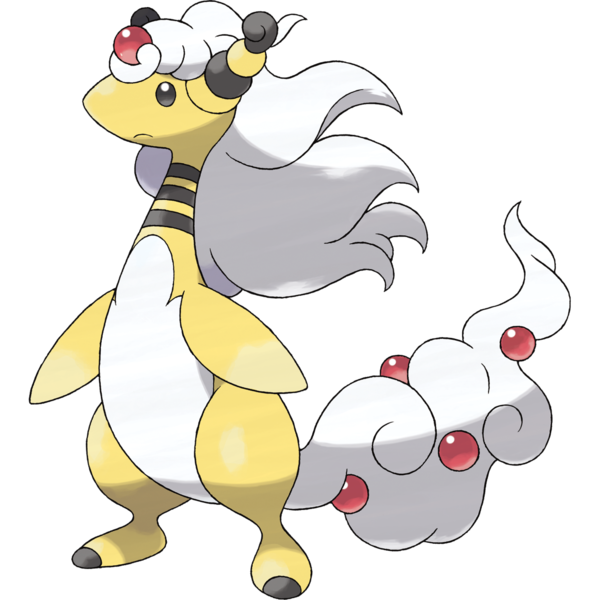 I'm not sure how I feel about Mega Ampharos acquiring all this luxurious hair, since I thought its total nakedness was a lot of its appeal, but I guess a naked sheep mega-evolving these flowing, silver locks is pretty hilarious in its own right, as if it was self conscious all this time of being bald. Look how serious this goofy thing is. Ampharos suddenly feels so handsome this way.

Mega Ampharos also becomes part dragon type, I guess as a play on the "ryu" in its Japanese name. This entire pokemon line is based on nothing but wordplay, isn't it? I guess a lot of them are, really.

A neat little concept, more than just a real animal given electrical powers.