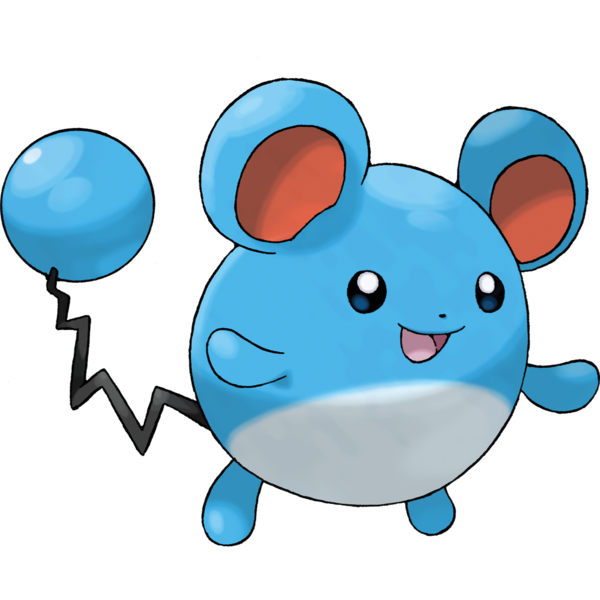 Even before the confirmation of a second generation, rumors flooded the internet that the original games had even more hidden pokemon than Mew, and the most tenacious of these hoaxes was known as Pikablu, a water-type Pikachu wannabe. This is basically exactly what Marill turned out to be, and I can't even remember if the Pikablu rumors came from some early leak of Marill's concept art or they were just a happy accident. As a water-type "mouse," Pikablu does a fairly decent job of looking pikachu-like for a completely different element.

What's really interesting about Marill is what the pokedex has to say about its lifestyle. The spherical tail is filled with a buoyant oil and acts as a float, so the rest of the animal can dive down and look for food underwater while keeping a lifeline to the surface. 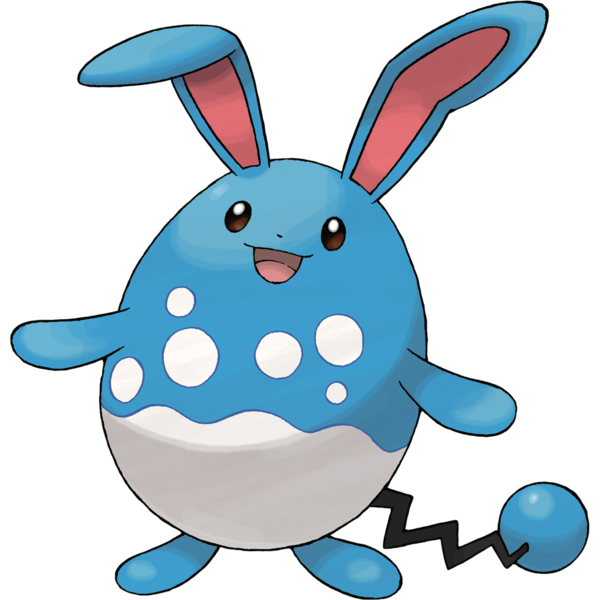 Also like Pikachu, Marill's evolution, Azumarill, has a smaller face on a larger body that a lot of people find slightly less cute, and I can't say I can recall a lot of big Azumarill fans, but I think it looks a little better than its predecessor. It's more distinct, in any case, with its rabbity ears and its bubbling color pattern. It kinda looks like an Easter egg that's also an Easter bunny, but it lives underwater. Why not? 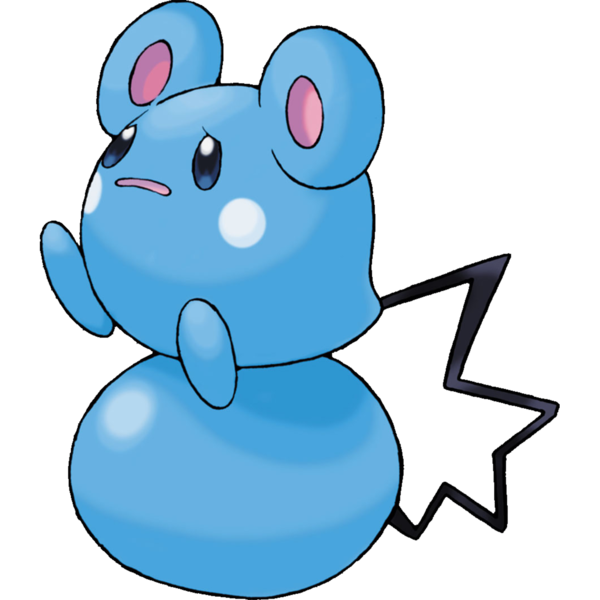 In the third generation, Marill was given a prevolution whi-WHY IS IT SAD? WHAT??! Was it ALWAYS sad!?! How did I not notice?? Its sprites aren't sad, why the hell is its Sugimori artwork sad!?

I don't like this. I don't want a baby pokemon to be always sad in its main artwork.