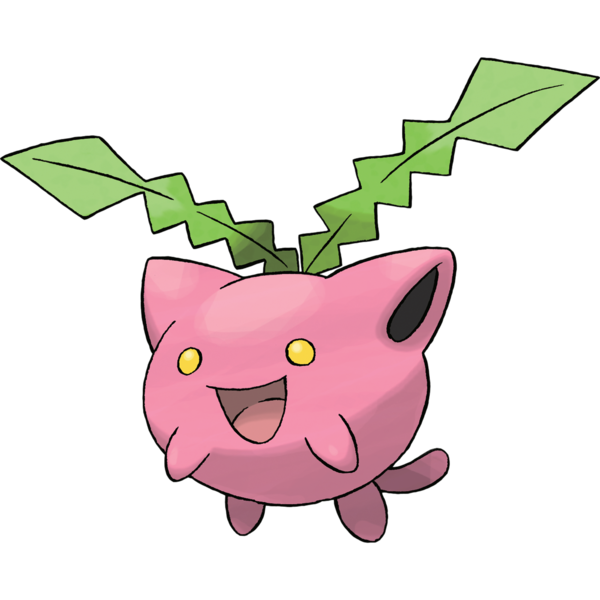 Immediately after Sudowoodo comes an actual grass type, and it's a reasonably interesting one, I suppose. Its concept is a sort of weed that can fly, like a helicopter, by spinning its two jagged leaves. Cute, although the leaves would have to be a separate piece spinning around in some sort of socket. How does that work?

I do like that the body of this grass type is sort of a completely nondescript animal. It really is a "plant monster" in that sense. Nowadays, most grass types are either a pure plant creature or some specific animal, sometimes even a human. 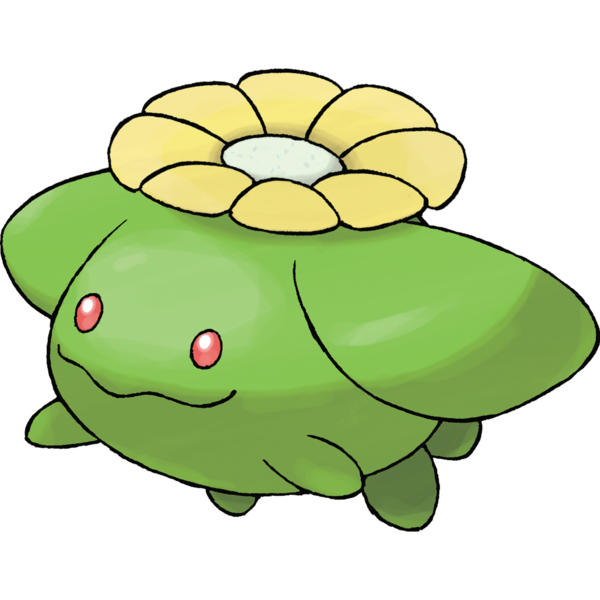 Hoppip goes from a leafy weed to a buttercup-like flower when it evolves into Skiploom, and now uses its ears more like wings as it parachutes on the wind. 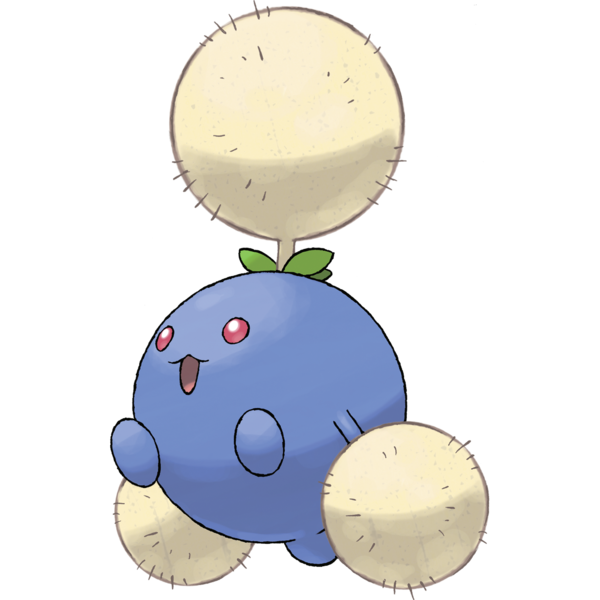 Wouldnt JumPUFF have worked a little better as the name? What the heck is "pluff?" In any case, Jumpluff represents something like a dandelion seed, and it's certainly cute enough. It actually looks a lot like Oddish, complete with red eyes, though they had an anime episode in which an Oddish believed it was a Hoppip, rather than one of these.

Isn't it also kind of odd that a seed is the final stage in this line? It's interesting, certainly, but it doesn't really add up, does it? It should technically go seed, plant, flower, right? Jumpluff is still the most interesting of the three, so I wouldn't change the order, but it doesn't exactly work as a "life cycle."