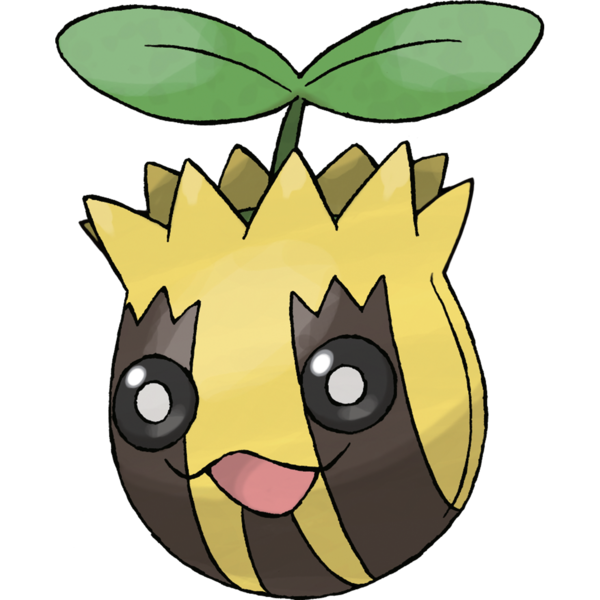 I like Sunkern. It's just a sprouting seed with a face on it, but it's awfully cute. I always love round, black eyes with white pupils, and completely nonhumanoid grass types. I thought for sure it used the leaves on its head to fly, the same way Hoppip does, but the pokedex just says it "suddenly plummets from the sky in the morning" and then tries to move as little as possible. How does it get up there? 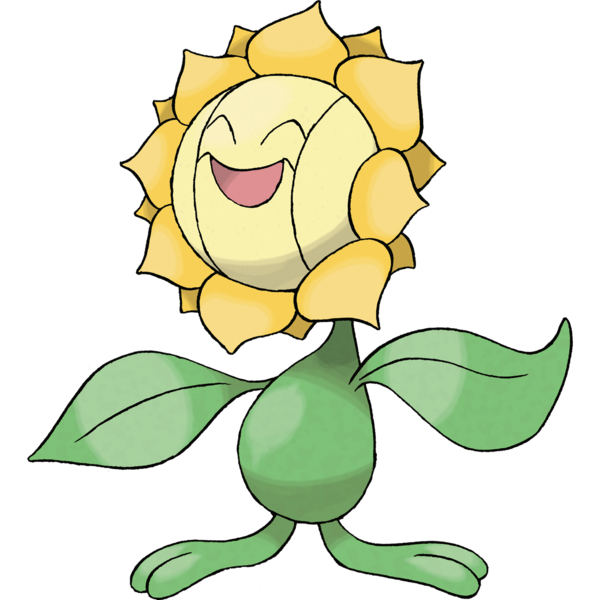 The sunflower seed, of course, evolves into a sunflower, Sunflora, its face resembling a cartoon sun even moreso than the real-world plant. Beyond that, though, there's not a whole lot to this design. It's cute, and your basic cartoon flower with leaves for arms and roots for feet is something pokemon had to have sooner or later, but it really goes to show how much more unusual the grass types were in the first generation.

It's been said that most of the Gold and Silver pokemon were just concepts cut from Red and Green, and I hate to say this, but it shows. Most of the second-gen pokemon definitely have a sort of B-list feel. Not bad, but definitely concepts a little safer to leave on the cutting room floor for a first release. The result is that Generation II has an abundance of more down-to-earth, conventional designs like a sunflower, a bear and an owl, and that's not really a bad thing either, it's just...different.