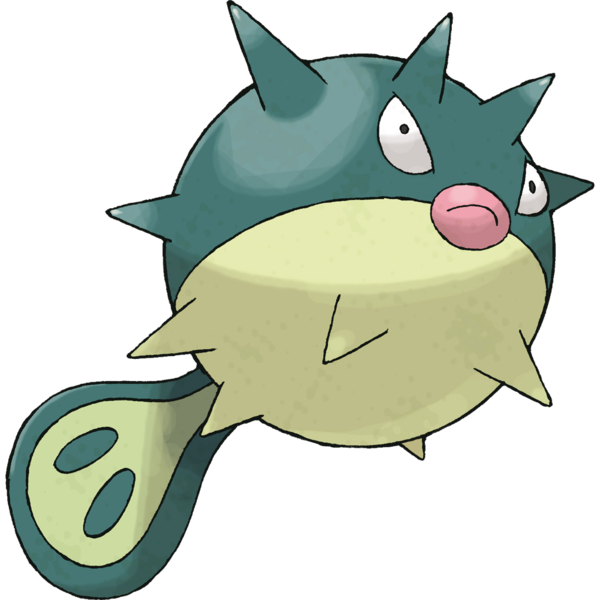 POOR Qwilfish. This has really got to be the most neglected of all Pokemon, hasn't it? Barring maybe Luvdisc, which came years later, Qwilfish is the one non-evolving pokemon that looks most of all like it was supposed to evolve. It's so simple, it's so small, and its stats are so subpar. A water/poison blowfish is also kind of forgettably obvious, too, but I still love this grumpy little fishy. I'm amazed this wasn't one of the pokemon to get an evolution in Diamond and Pearl, and since they only ever add exactly 100 points to a pokemon's base stats, even a mega form might not be enough for Qwilly. Still, I may as well share how I always envisioned the pufferfish all grown up: 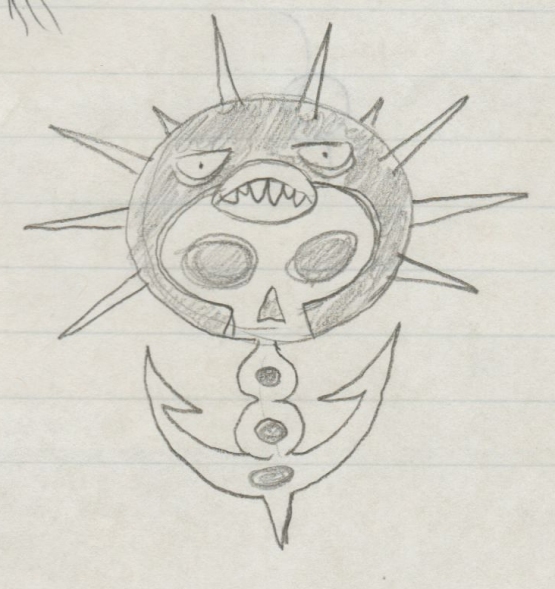 An extra half-ball out of pity.