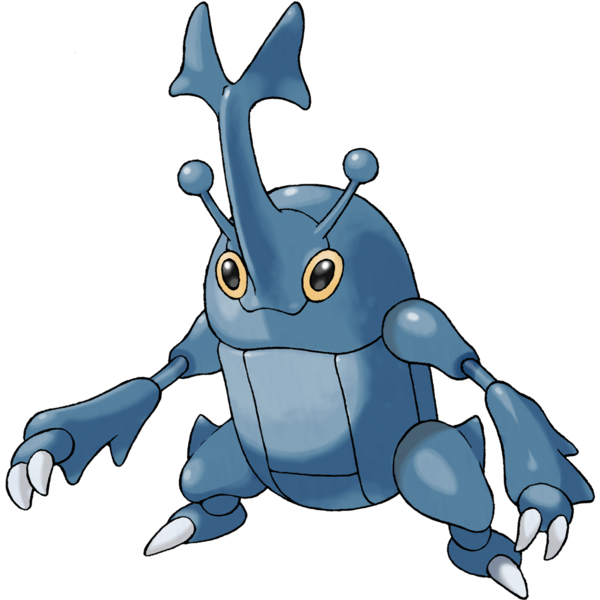 Another of the second gen's earliest leaks was the darling Heracross, a bug/fighting type many mistakenly assumed would be an evolution to Pinsir. Instead, Heracross replaced Scyther as the go-to counterpart to Pinsir, since hercules beetles and stag beetles are already widely regarded as rivals in Japanese culture.

In terms of design, Heracross is a superb bug type. Its lower body is a little weird, with no real distinction between its elytra and its abdomen, but the whole thing is made up of such lovely shapes, capturing all the most pleasant features of its inspiration including a rather shy and gentle-looking face despite its formidable claws and horn. 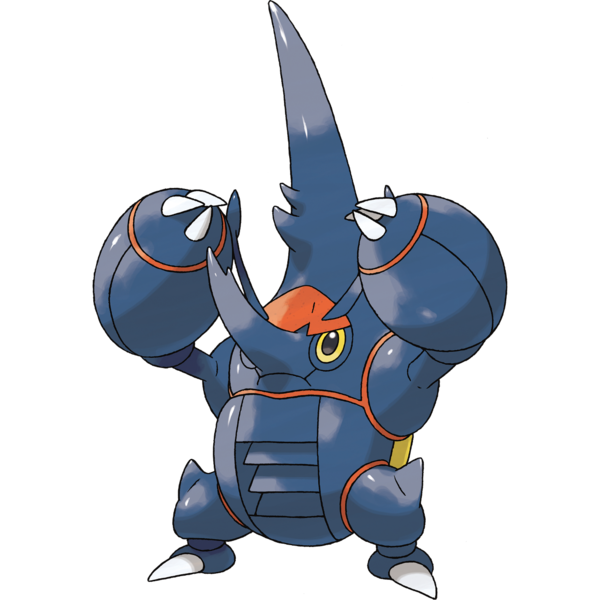 The X and Y generation later added a Mega evolution, and it's a very different creature. In fact, it's another entirely different kind of horned beetle, and could have easily been its own pokemon if it had just a slightly different color scheme and eye design, forming a nice trio with Heracross and Pinsir. Like many newer additions, I'm not a big fan of the extremely artificial-looking parts here, but the bizarre "vent" in its belly is interesting, at least, I enjoy its silly long-nosed face and the big, round, ball-like forelegs give it a nice outline. Heracross itself is a very good pokemon even without a Mega, so you're hardly obligated to choose one over the other if strategy is your forte.

Great bug pokemon, with two very different but very nice designs for the beetle lover in all of us.