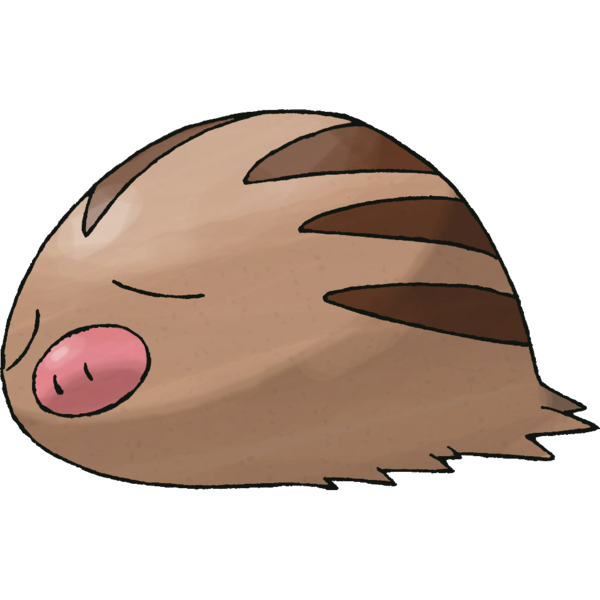 Good god this thing is cute. Look at that. It's just a sleepy little lump with a nose, ugh, it's so precious it almost makes me MAD, like I just wanna squish it and mush it and squeeze it like a lemon into an adorable frothy glass of pig fluids. This ground/ice pokemon might even be one of the cutest things in the entire series. 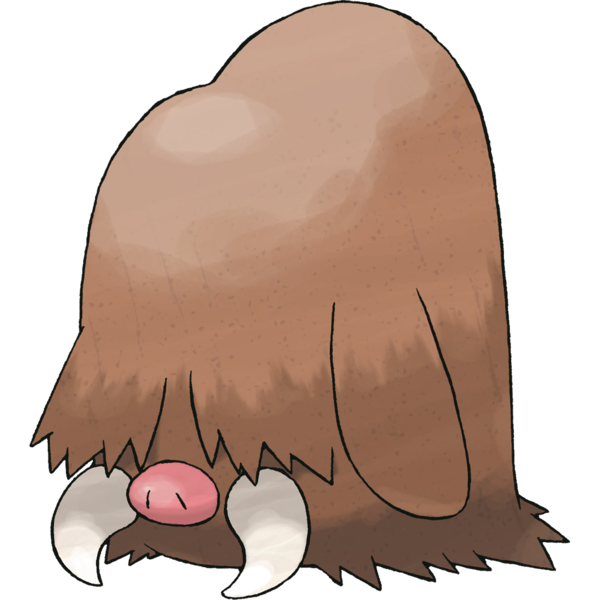 The best part? Swinub is still damn cute when it evolves into Piloswine. I love everything about this design, the simplicity of it being mostly just a shaggy lump, how much taller it is than wide, the floppy ears and the hair over its eyes. It's innately lovable, and being called "pile o' swine" makes it even more lovable. 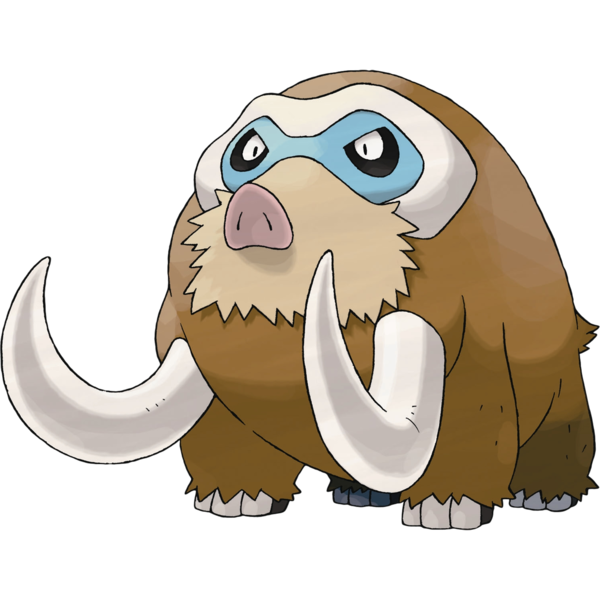 After that gushing, you might have guessed that I'm extremely torn over Diamond and Pearl's Mamoswine. It was so nice that this pokemon line just stayed comical and adorable without having to go all beastly and badass, and merely having visible eyes at all detracts so much from the personality Piloswine had going.

On the other hand, I do really like the idea that this is a pig evolving into a mammoth. I've mentioned before how cool it is when pokemon uses one animal to fill the role of another. I can get fully behind the idea of Mamoswine, and I do like the fleshy "ski goggles" it kinda has going on. I guess I'd just like it even more if its face was closer to its predecessors.