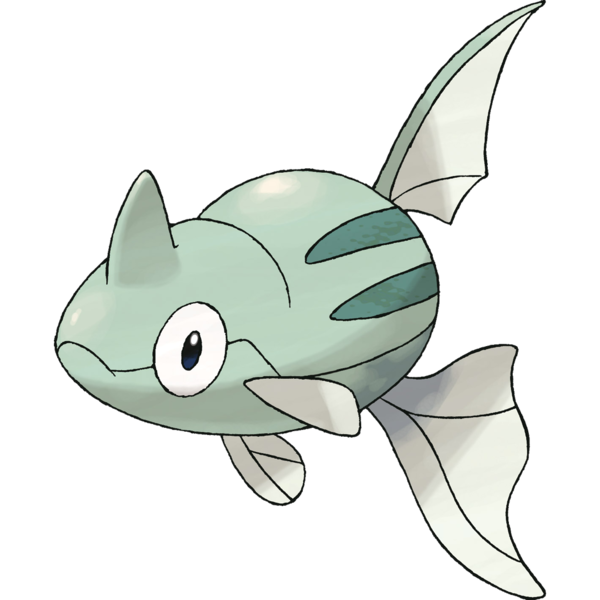 Remoraid is such an odd little pokemon. This water type is supposedly based on a remora, but doesn't really look anything like one, lacking the large head-sucker remoras are famous for. Still, something about it feels nicely "real" compared to even other fish pokemon. It doesn't try to be too weird or impressive, it's just a neat little grey fishy which also rather subtly resembles a gun.

What, you never noticed? Its learnset focuses on beam and projectile moves and everything! Which is why it evolves into... 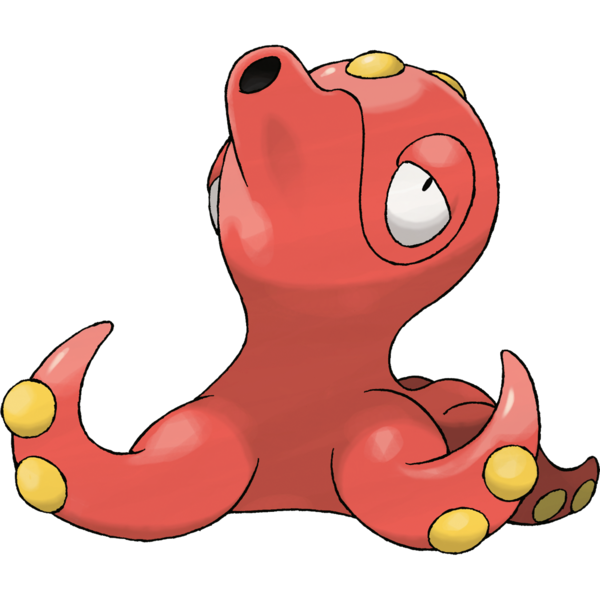 OCTILLERY! It's an octopus, and a cannon! It even has a completely unique move, OCTAZOOKA, which isn't the best water type move out there, but anyone who chooses it for novelty's sake deserves major props.

I've always seen Remoraid and Octillery held up as examples of "nonsensical" pokemon evolution, just because we have a fish evolving into a mollusk. Biologically it doesn't make sense, no, but both animals are known for their suckers, and both pokemon function like firearms. It's an evolution that prioritizes *theme* over biology, and I think that's really cool, personally.

As for the design, Octillery is fairly standard, with eyes directly on its circular "head" and the siphon situated between them like a "mouth." This is entirely unlike a real octopus, but the almost universal way a cartoon octopus is depicted in Japan. The real mouth, of course, should be a beak at the center of Octillery's tentacles, which I still want to assume is present. I never noticed how the outline of the eyelid runs into the seam above the siphon, though, that's pretty stylish!