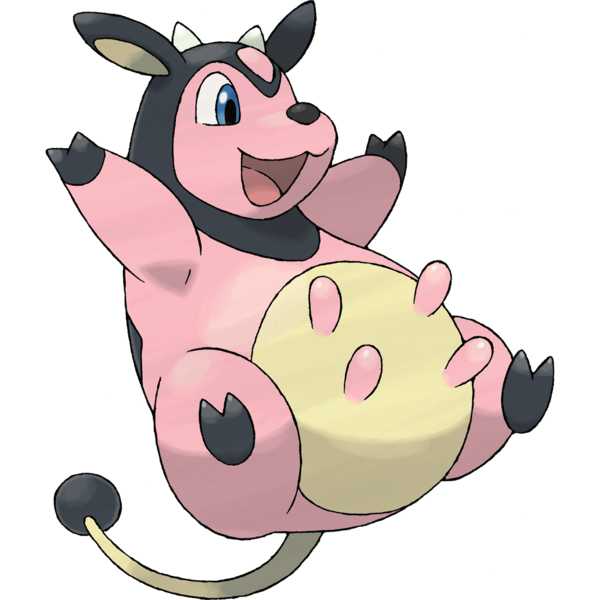 I have mixed feelings about Miltank. The idea of a friendly, motherly cow pokemon that feeds other pokemon its milk is really cute from a purely innocent perspective, it has a nice style to it I guess, and it fills another major animal niche that felt rather empty. Even without being "related" in-game, it makes a logical counterpart to Tauros and even appears with them in the horde battles introduced later.

Unfortunately, there's no skirting around the fact that this pokemon makes other pokemon suck its tooders. If you're new to the internet, I implore you not to google Miltank unless 1) that last sentence actually made it more appealing to you and 2) you are at least eighteen years of age or older. I'm not messing around here. Parents, talk to your kids about googling Miltank.

In fact, what kind of cow has a muzzle and nose like that? You know what that is? That's the furry face. The furry face. The generic stock face used for a hundred million fursonas, no matter what kind of animal they're supposed to be. This is like some kind of fat, pink Disney dog dressed up as a cow and I feel like we missed a critical chance to kinkshame Ken Sugimori into oblivion almost two decades ago. We screwed up. He's too powerful now. We had our chance and we blew it.

I'm sorry for what this review turned out to be. It shouldn't be relevant to its merits as a pokemon, I know, but what do you want from me? I'm writing these in my damn thirties. I never promised I would be a big person about it.