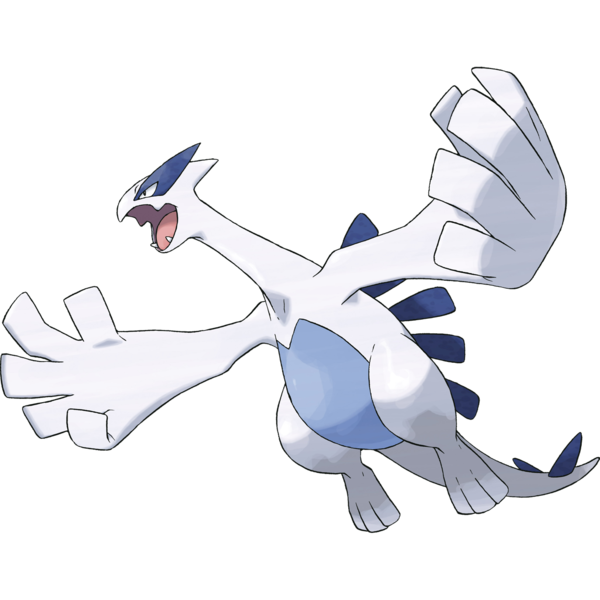 While the first generation had just one "ultimate" legendary in Mewtwo, Gold and Silver introduced the idea of a legendary for each of the two main game versions, with Lugia being the mascot of the Silver version. This flying/psychic pokemon is ostensibly some sort of "bird," but it really looks more like a dragon, and a reasonably cool one I guess, with its giant hand wings and a face that looks more reptilian than Avian. It's definitely no Mewtwo, though - how do you top a pokemon twisted and mangled by genetic engineering? 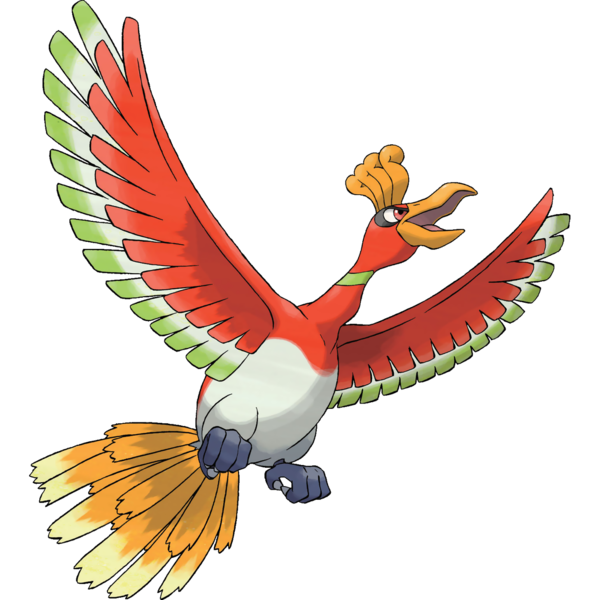 So next we have the fire/flying Ho-Oh, famously the "unidentified" pokemon Ash Ketchum sees in the first episode of the anime, apparently some sort of phoenix that grants wishes. I honestly forgot Ho-Oh was ever fire type until this review...it doesn't really do much with the idea, does it? I guess it's supposed to have a "solar" look to it. Not bad, but never particularly memorable to me.

Both the uberbirds feel kinda so-so in my book. Or should I say So-Oh, haha!