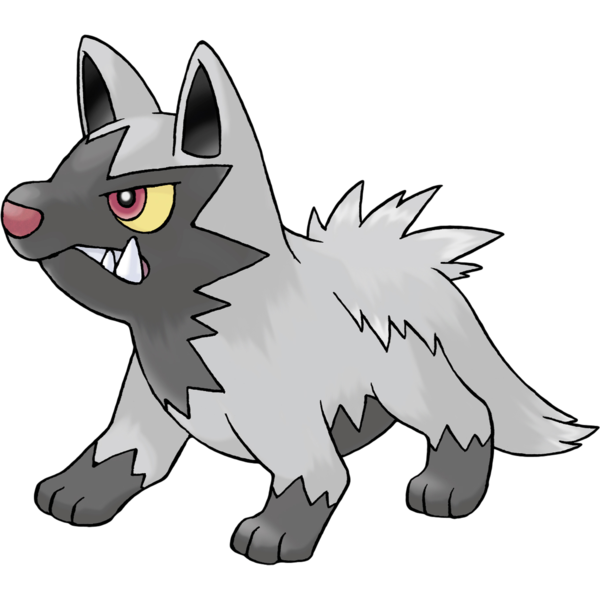 After the starters, a new generation of Pokemon always kicks off with its most "mundane" creatures, and in this case, the honor of our very first catchable, low-level pokemon interestingly goes to a dark type. When it was first leaked, fans were certain Poochyena represented the "wolf" pokemon they always desperately clamored for, but the Poochyena line technically aren't even canines at all! It's in the name - yena like hyena! 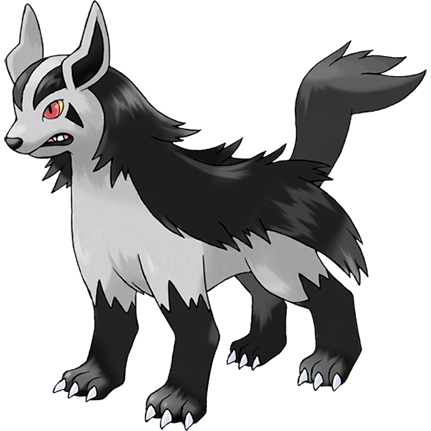 The animal basis is much more evident in Mightyena, though it still doesn't quite look as much like a Hyena as I might have hoped. It really is more dog-like in design, with kind of a Kabuki dancer vibe as well. Not bad, though. It's cool and menacing and totally not a wolf. What's even with people and wolves. They're just outdated dogs anyway! Get with the times, wolves! These days it's all about your horrible, malformed, bug-eyed pig-goblin descendants!