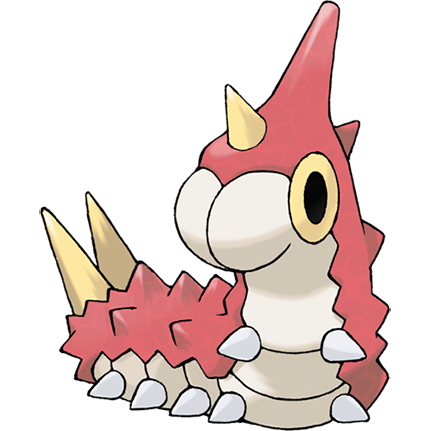 Next up is the early-game bug type of Ruby and Sapphire, and the first pokemon in its 'dex that sparked a little controversy; after the first two generations, fans just kind of assumed that pokemon wasn't going to "recycle" any animal inspirations. We already had a caterpillar pokemon, and I guess people wanted every open slot to go to something totally new. The fact that we can be given multiple different options for even the same animal or plant is pretty neat, though, and I always thought it added an additional level of realism to the setting. Of course every region should have its own birds and butterflies and flowers and canines. Why wouldn't it?

Wurmple is also a very nicely designed larva. It doesn't look precisely like any one species I can think of, but it looks very much like it could. 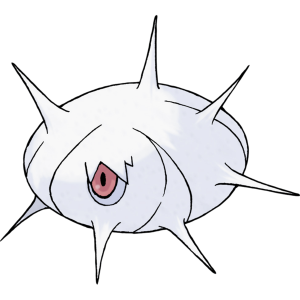 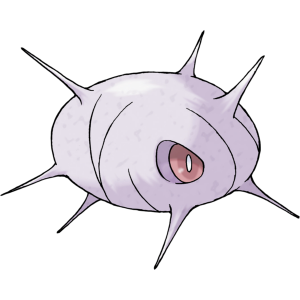 Interestingly, Wurmple evolves into not one, but two possible cocoon pokemon, Silcoon seems to be having an alright time of pupation, while Cascoon peers menacingly from its chrysalis, and according to the pokedex, grudgingly remembers all the punishment it endures in battle. This actually makes Wurmple the only pokemon with two alternate evolutions that can evolve any further, and it's also the only pokemon with alternate evolutions you can't really predict. They aren't determined by gender, time of day or any other visible factor, but by Wurmple's random, unseen numerical personality value. 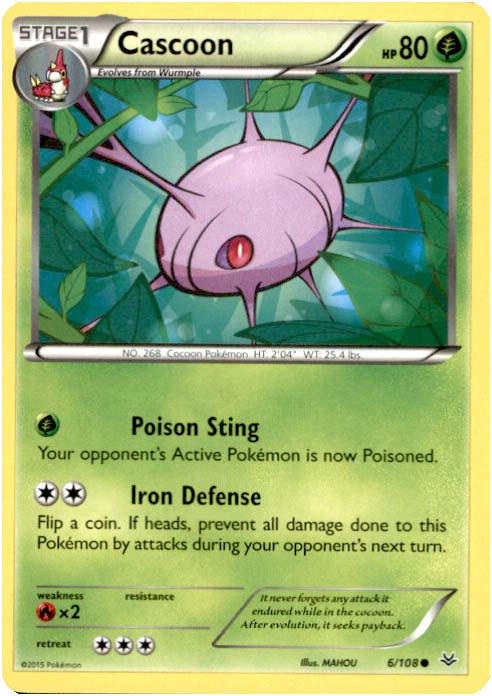 Also of note are the "spikes" on Cascoon and Silcoon, which you may have noticed are missing from their 3-d sprites. They're also missing in the anime, and that's because they're not spikes at all, but represent strands of silk suspending the cocoons from their surroundings. It's a unique and cool looking design feature, but I guess it doesn't work if the pokemon are to be transported by a trainer or appear in an open arena, which is a shame, because it leaves them looking rather plain, and it's not like logic or physics ever stopped Dugtrio from burrowing up out of an open ocean or anything. 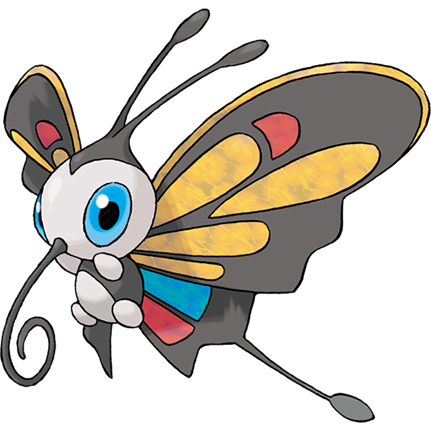 So, Silcoon eventually becomes the bug/flying Beautifly, and sorry, purists, but I like this one a lot more than Butterfree. Butterfree is cute, don't get me wrong, but Beautifly is cute while looking a whole lot more like an actual butterfly, including their most interesting anatomical feature of all, the spiraling proboscis.

The pokedex lets us know that despite being a graceful, colorful nectar-drinker, Beautifly is savagely territorial and will stab you with its proboscis for pissing it off. That's adorable, and I wish more was done with that in the show. 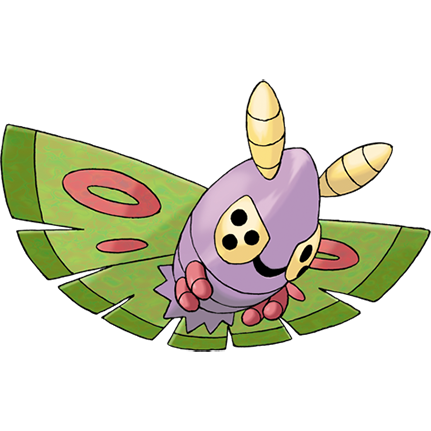 Cascoon, meanwhile, evolved into the bug/poison Dustox, whose toxic poison, according to the dex, can "even make a pro wrestler sick." I didn't know immunity to poison was an aspect of pro wrestling, but you learn something new every day.

Dustox feels modeled heavily after some sort of "hawk" or "sphinx" moth, which do tend to have sort of football-shaped bodies and straight, fanned-out wings, though that's another insect with a coiling proboscis, and it's a shame Dustox doesn't get one to match its counterpart. In fact, the two pokemon share no visual connection at all, as if they were designed separately and connected to Wurmple just to keep the number of caterpillars down to one. I do like what Dustox is going for, of course, I like its color scheme a lot and the sinister streak in its face, though I never really liked the black spots on its eyes; they're just kinda too uniform, and might look better if they weren't all the same exact size. I can still appreciate that Pokemon offers us two completely different bug/poison moths, but I think I like Venomoth just a little bit more.

Both Beautifly and Dustox are pretty good for Lepidopteran pokemon, even if they're just sort of a repackaged Butterfree and Venomoth.