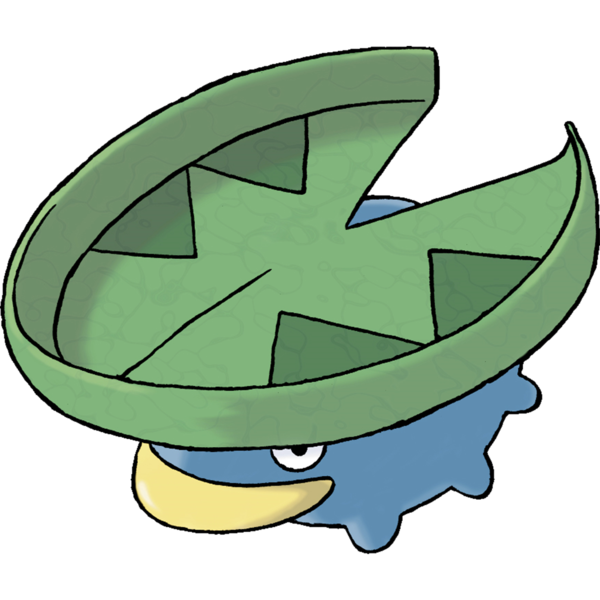 Gen III wastes no time diving headlong into wackiness; as soon as we're past the early-game mammals and bugs, we've got the first-ever water/grass pokemon, and at the time of this writing, still the only combination of the two types! It's also another amphibian pokemon, which is always welcome. What we have here is basically a combination between a tadpole and a lily pad, though it also has six limbs and a curiously duck-like bill. The bill will make sense soon. The extra limbs, not as much, but they're cool anyway. 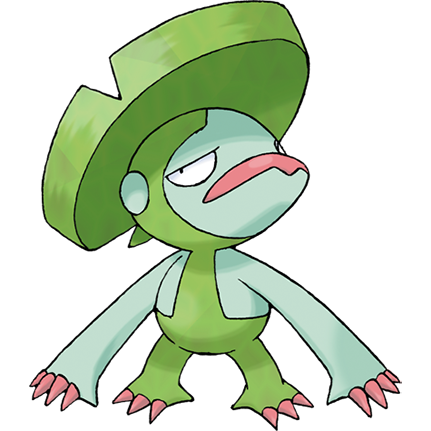 With Lombre, we immediately see what we're getting in this line; it's a frog-like, duck-billed humanoid with an organic "cap," which also happens to collect water via the new "rain dish" ability. This is none other than a KAPPA! Golduck already alluded to the Japanese water goblins, but Lombre adds the more authentic amphibian aspects and famous head-dish, all while also being a lily pad. That's downright ingenious! It's not a terrible design, either, though you can already see how much more "angular" pokemon are getting at this point. Lombre has a lot of sharp bends in its color pattern, and it just doesn't look as nice as it could have if we rounded it off a little. 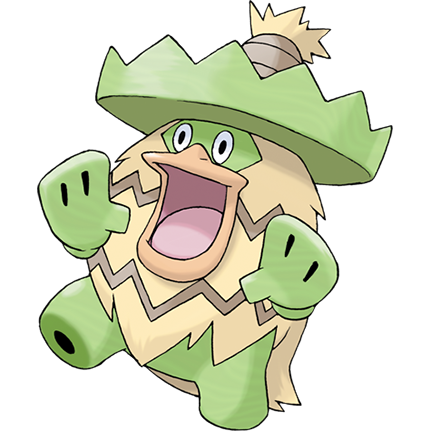 Finally, we get Ludicolo, and if you liked where Lombre was headed, you're probably more iffy on this hairy pineapple-like monster in a poncho and sombrero. Even if you're not irked by its resemblance to some sort of Mexican caricature, which really doesn't make sense for a Kappa-like monster, isn't it just kind of a few too many elements mashed together? There's just an awful lot going on here. A kappa is already a duck, a frog and a turtle, but this kappa is also a dancing sombrero lily pad...pineapple? Thing? Kinda? At least it's unusual, and I like unusual, but I guess more than anything I just wish this line had stuck to the cool personality of its middle stage.

We're sure hitting a lot of nearly-four-ball lines, aren't we? I'm predicting that might be Gen III in a nutshell, honestly; neat concepts that I might give four or five balls if the execution and style were just a little more pleasing to the eye.