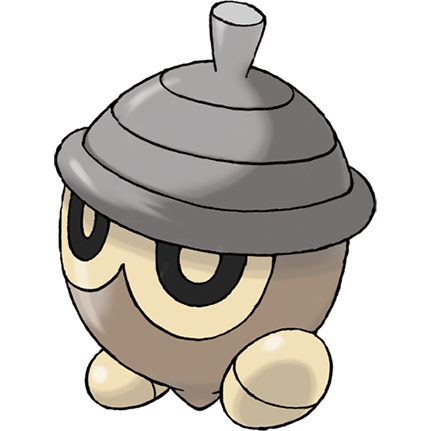 We immediately go from a water/grass line to a pure grass pokemon, and a counterpart line to Lotad's. Seedot is nothing but an acorn with feet, but I still like it a lot for what it is. Those eyes are just too cool, and I'm glad it doesn't have any other facial features to muddy it up. 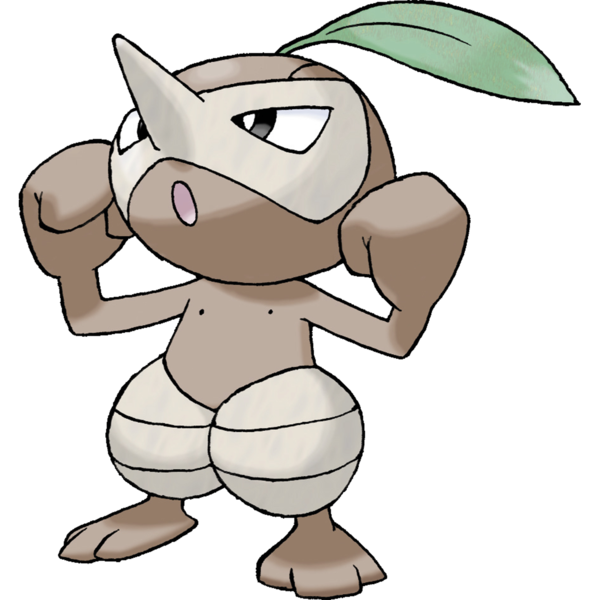 Seedot's simplistic cuteness doesn't last, as is so often the case in this series and particularly in this generation, as it evolves into the odd Nuzleaf, a pointy-nosed humanoid and now a grass/dark type. When I first wrote this review, I was a little let down that this was the first combination of grass and dark in the series, but almost a year later, it just suddenly hit me that this is kind of a grass/dark Pinocchio, isn't it? It's a wooden humanoid with a long, pointy nose, and the dark type even has a lot to do with treachery - i.e. lying. 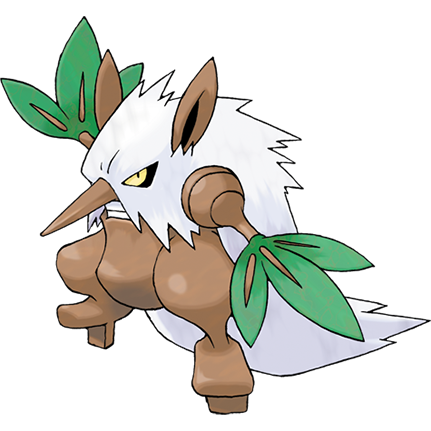 This time, it takes until the very final stage to realize that this pokemon also represents a youkai. Just as Ludicolo is basically a plant kappa, Shiftry is a plant tengu, the crow-like humanoids distinguished by their long noses, which also blends back into the Pinocchio thing, whether or not that was really the intention of Nuzleaf. Unfortunately, like Ludicolo, the final design just isn't as appealing to me as its general idea. I can dig a shaggy, wooden forest goblin. There's just something about it that feels a little off, and whereas Ludicolo had a few too many themes mashed together, Shiftry feels like it could have used at least one more.

A nice notion, but the execution doesn't grab me at all.